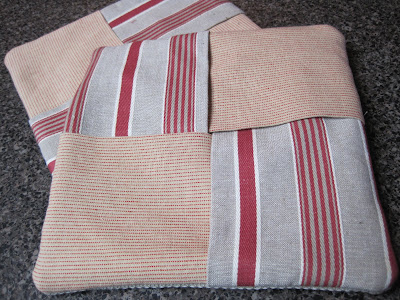 A few weeks ago I found a package in the mail for my birthday.
Enclosed was a pair of tea towel Pot Holders.
I was amazed at the crafty smart idea and promptly called to say thank you and ask about the beginnings of the idea. 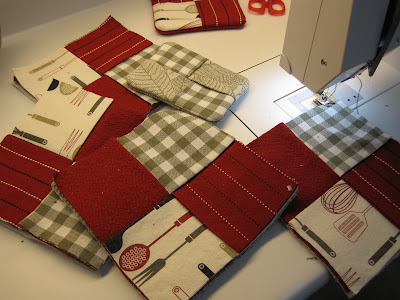 It turns out she had seen a tutorial on Vee's blog .. where Vee had posted the potholder she had made for her sister. I ran down and picked up a few three packs of tea towels like the pot holder I received. 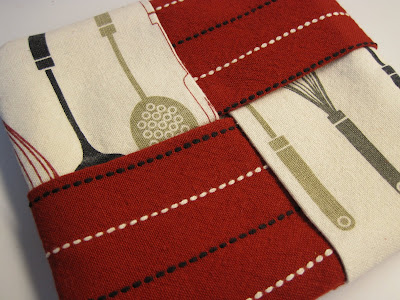 Like my gift giver said to me. .
the hardest part is cutting squares. 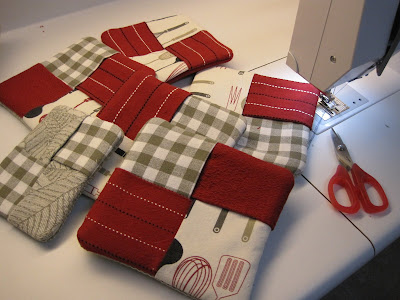 She was right of course.
The squares were cut . .
a square of heat resistant fabric placed in between . .
and sewn together ..
lickety split.
The tea towels were not quite long enough to make three even pairs ..
so I made one small pot holder to use as a trivet . .
waste not ..want not. 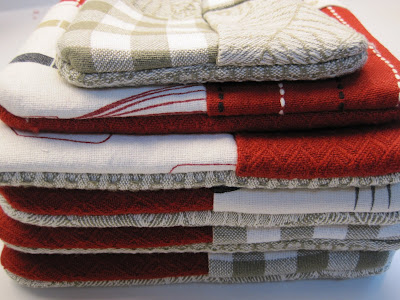