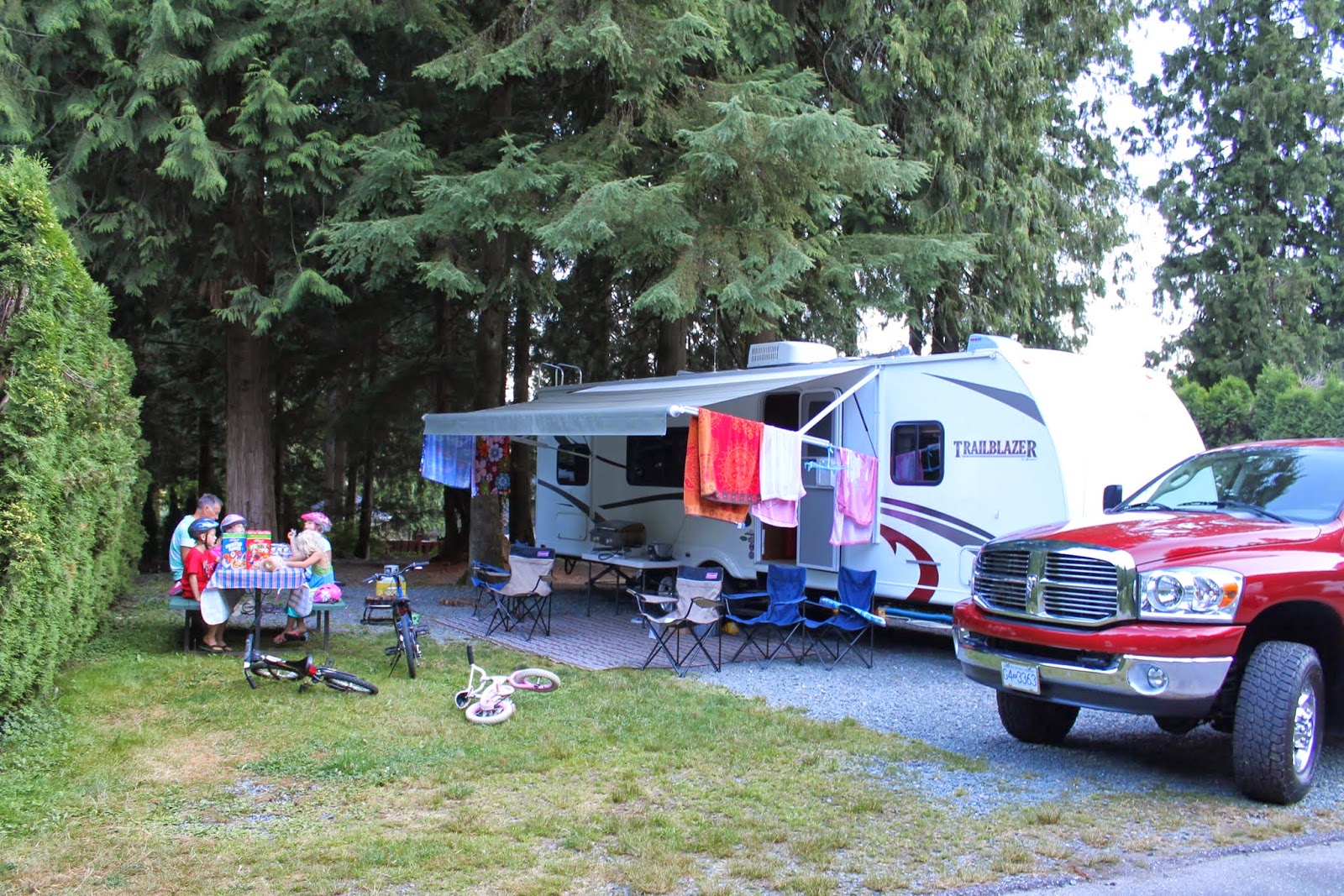 This years grand camping included the four oldest for two nights.
We decided to take a break from dry camping and stayed at Camperland at Bridal Falls which is located at the East end of the Fraser Valley. 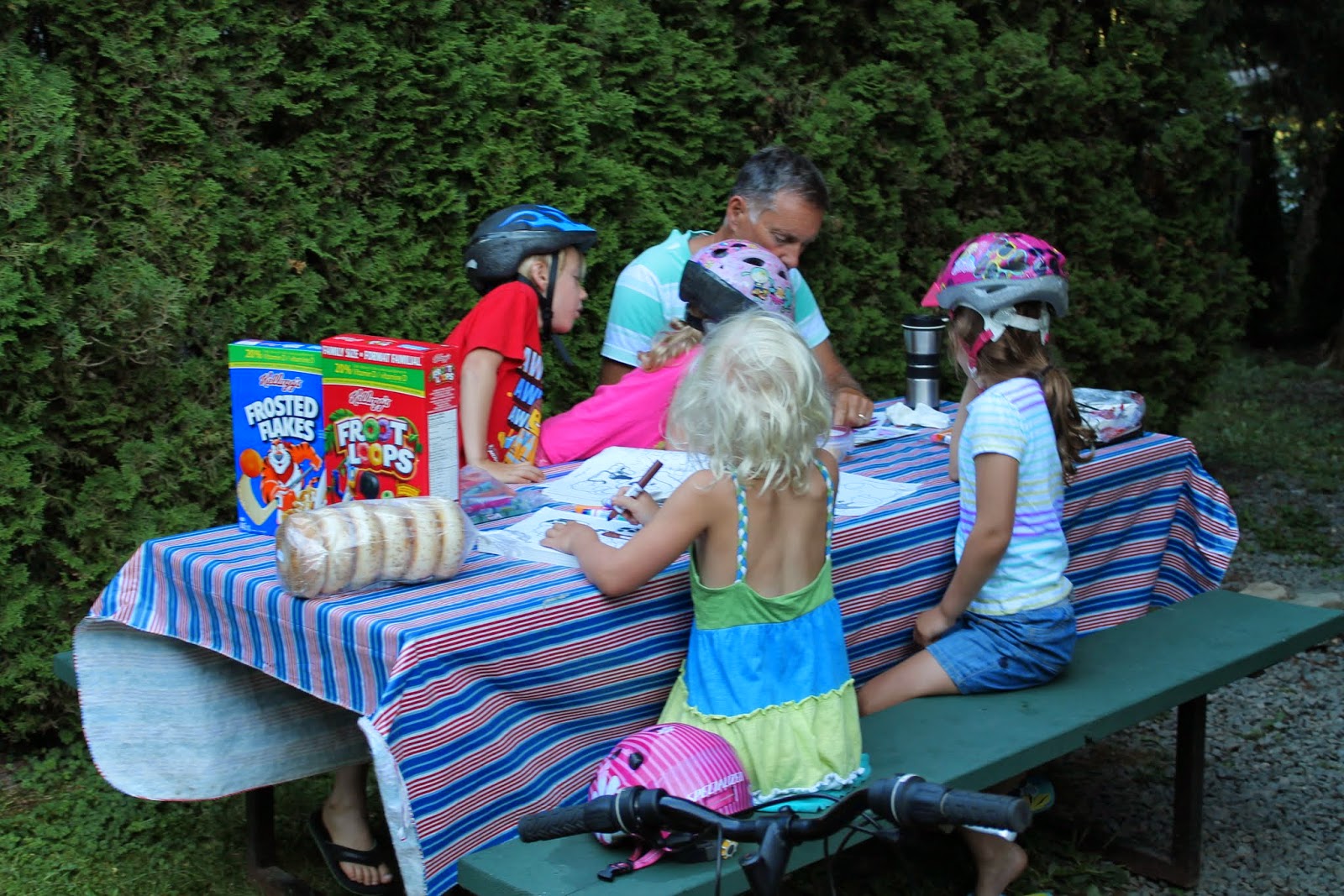 There is something to be said for unlimited running water, a swimming pool, electricity and air conditioning to cool things down at the end of the day.

Do all grandkids spend hours coloring?
Ours sure do.

Between being on their bikes and coloring...
it really doesn't pay to take off helmets. 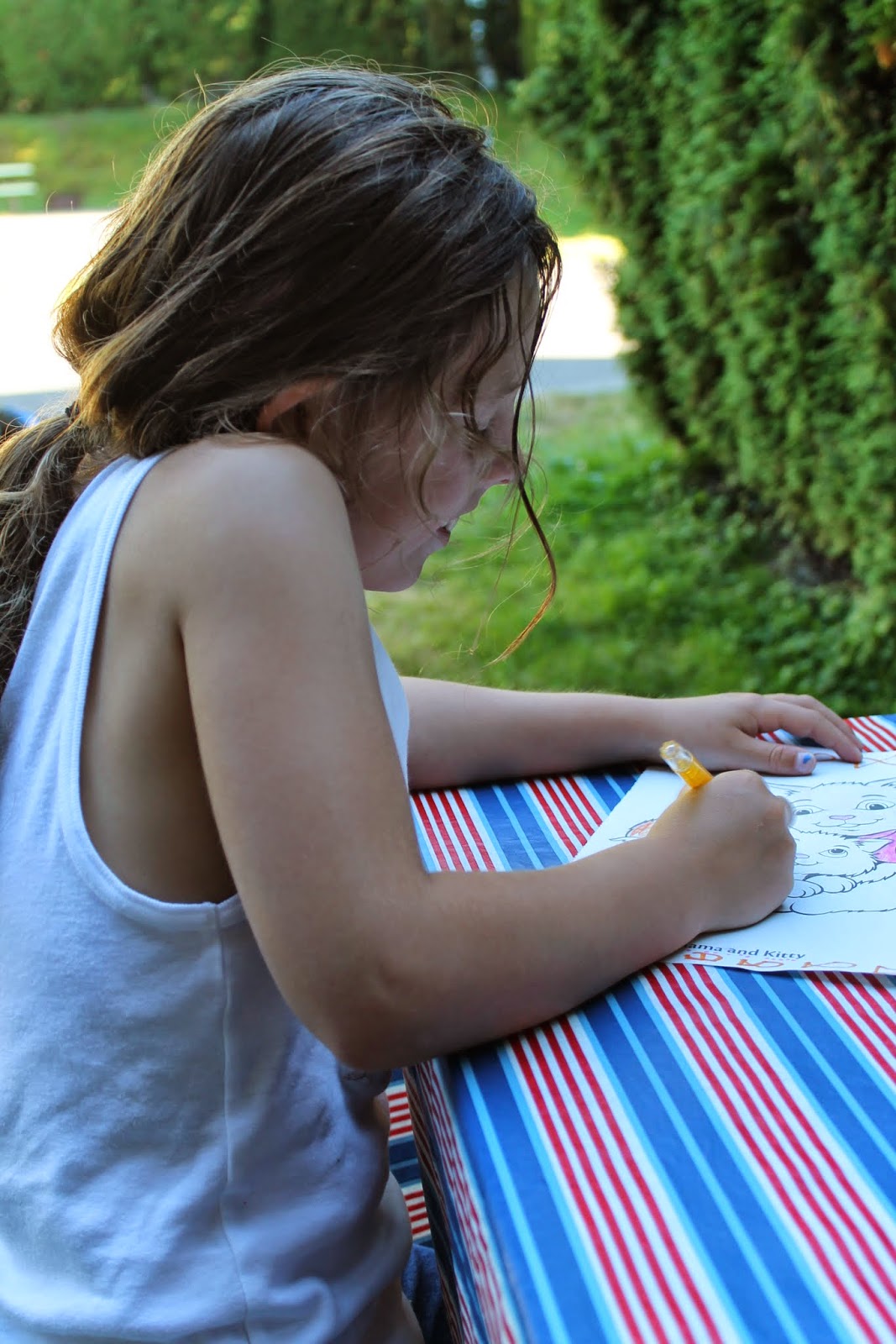 By the time they went home they each had a stack of pages they colored to take home for their parents. We were each gifted with one special picture...
for our own keepsake. 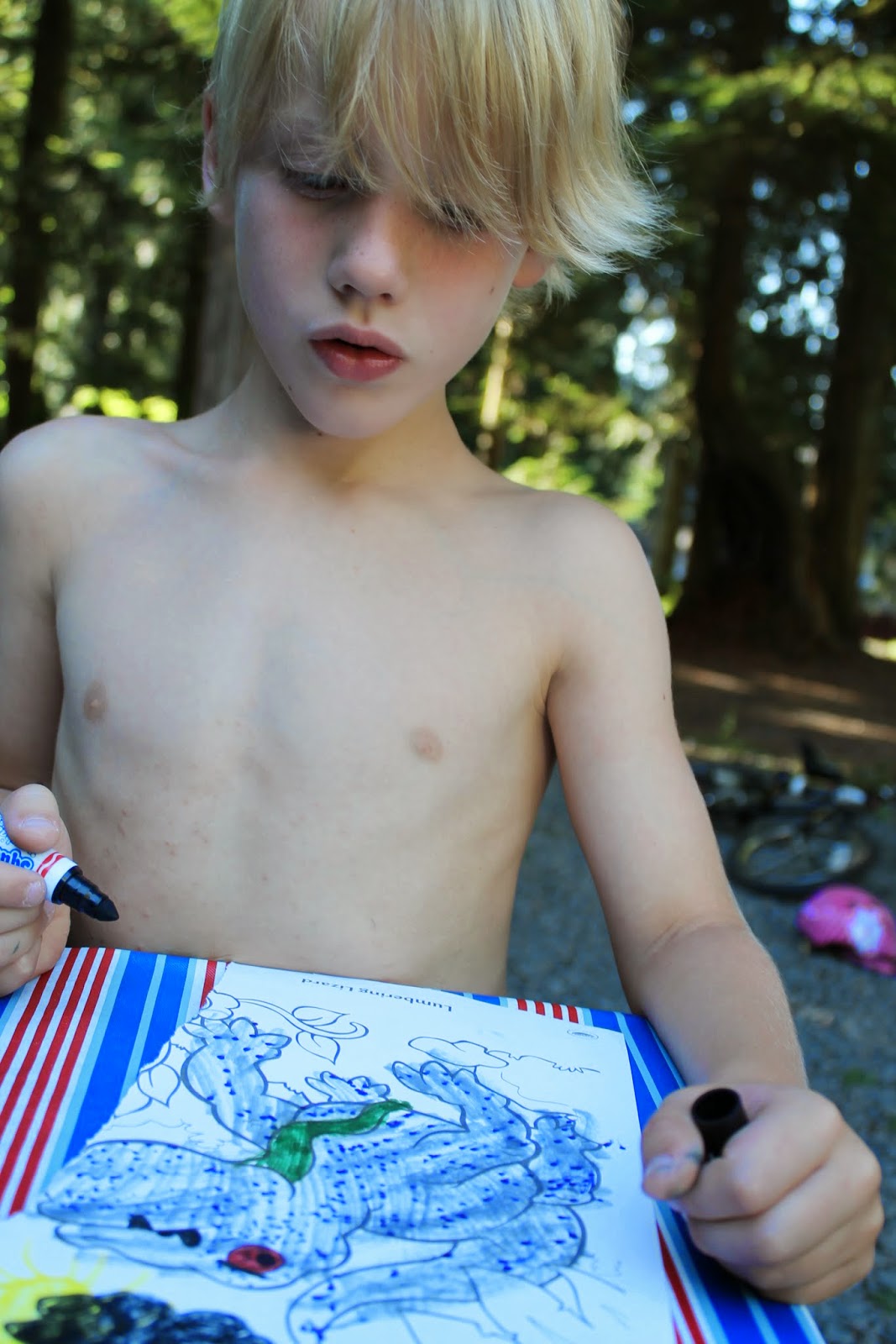 We had a great spot right around the corner from the swimming pool and we took full advantage of that pool a few times a day. 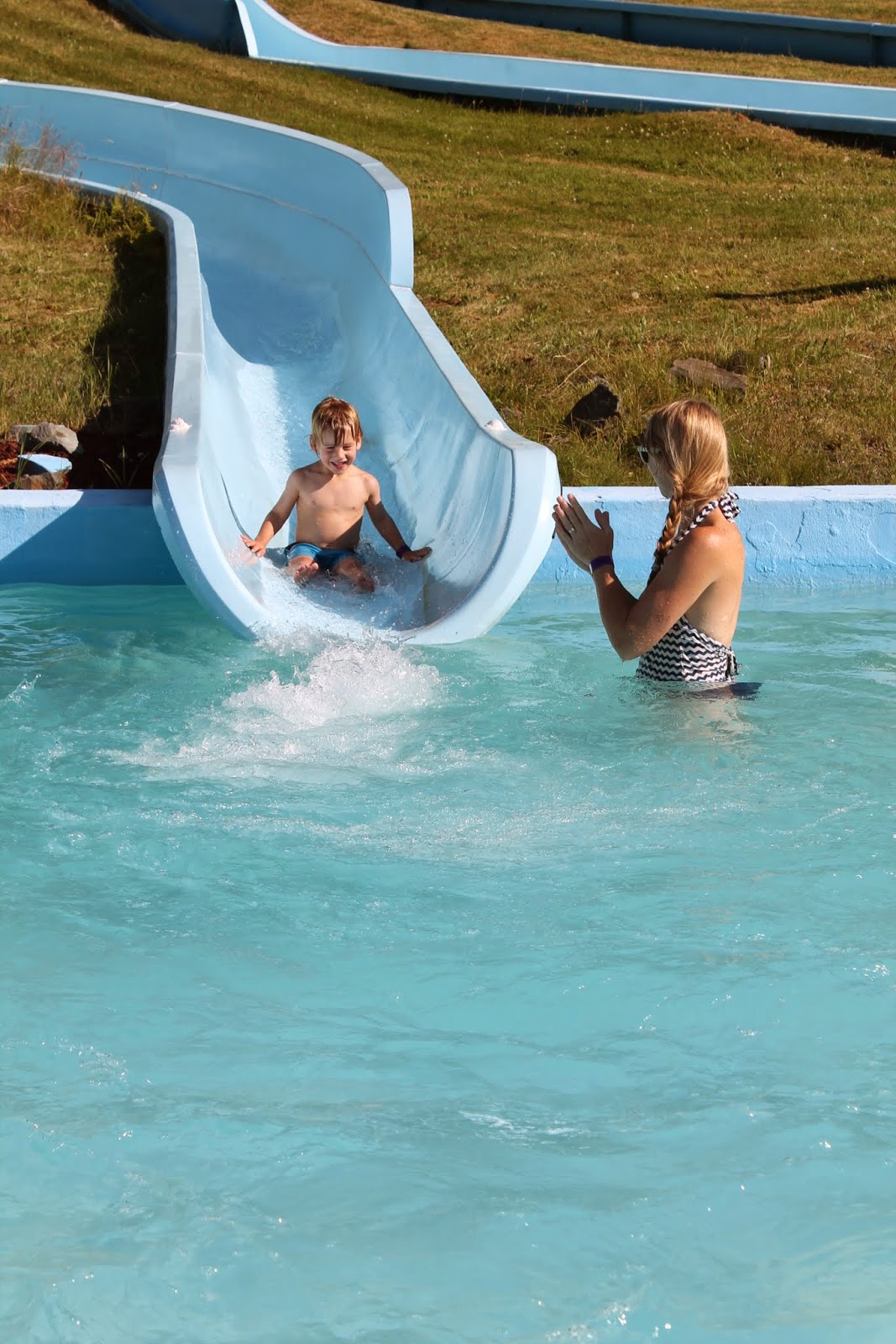 The next day we invited the parents and the littlest guy to join us at the water slides which are right next door. 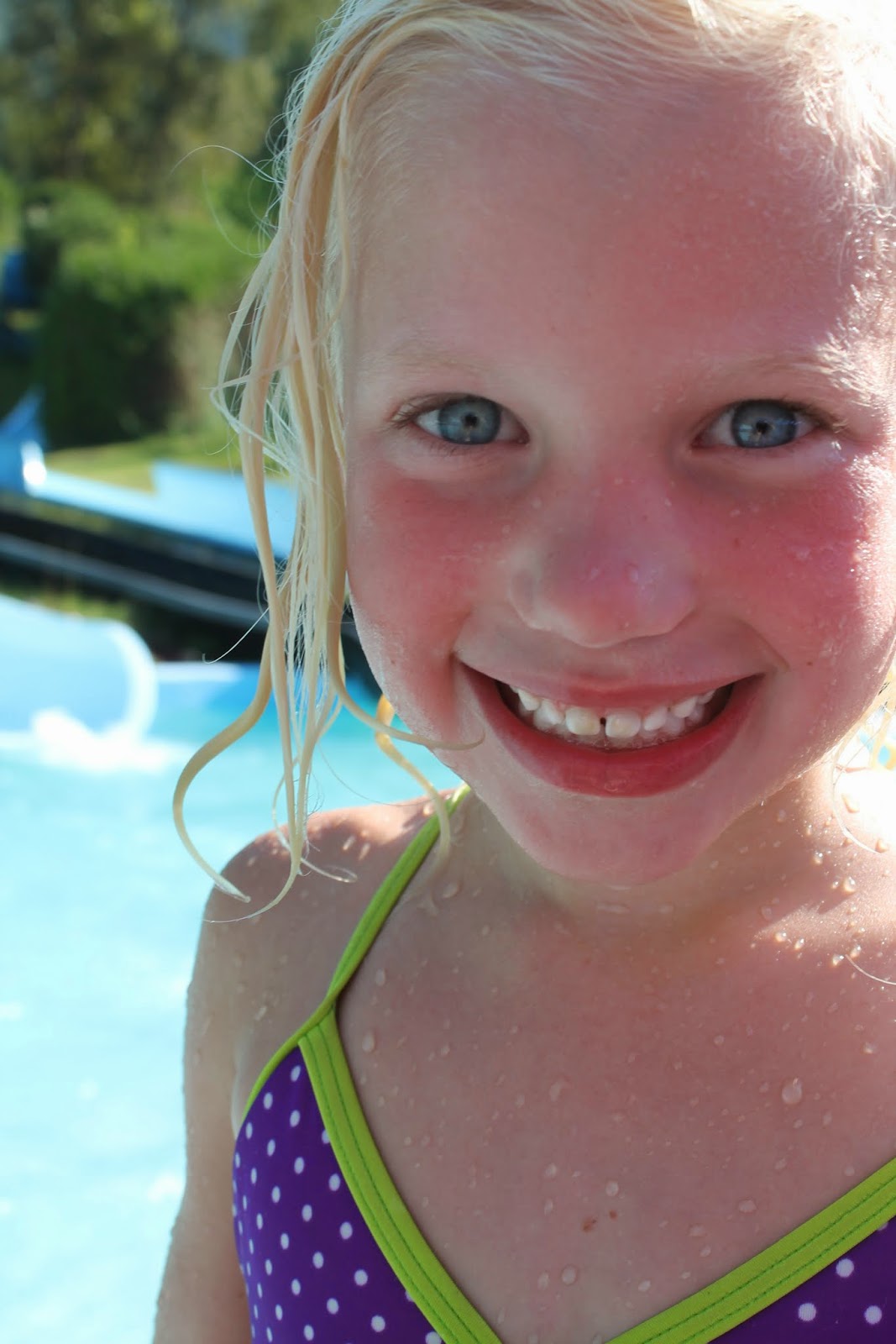 It was a LOT of fun!
There were smiles and many runs back up to the top to slide once more. 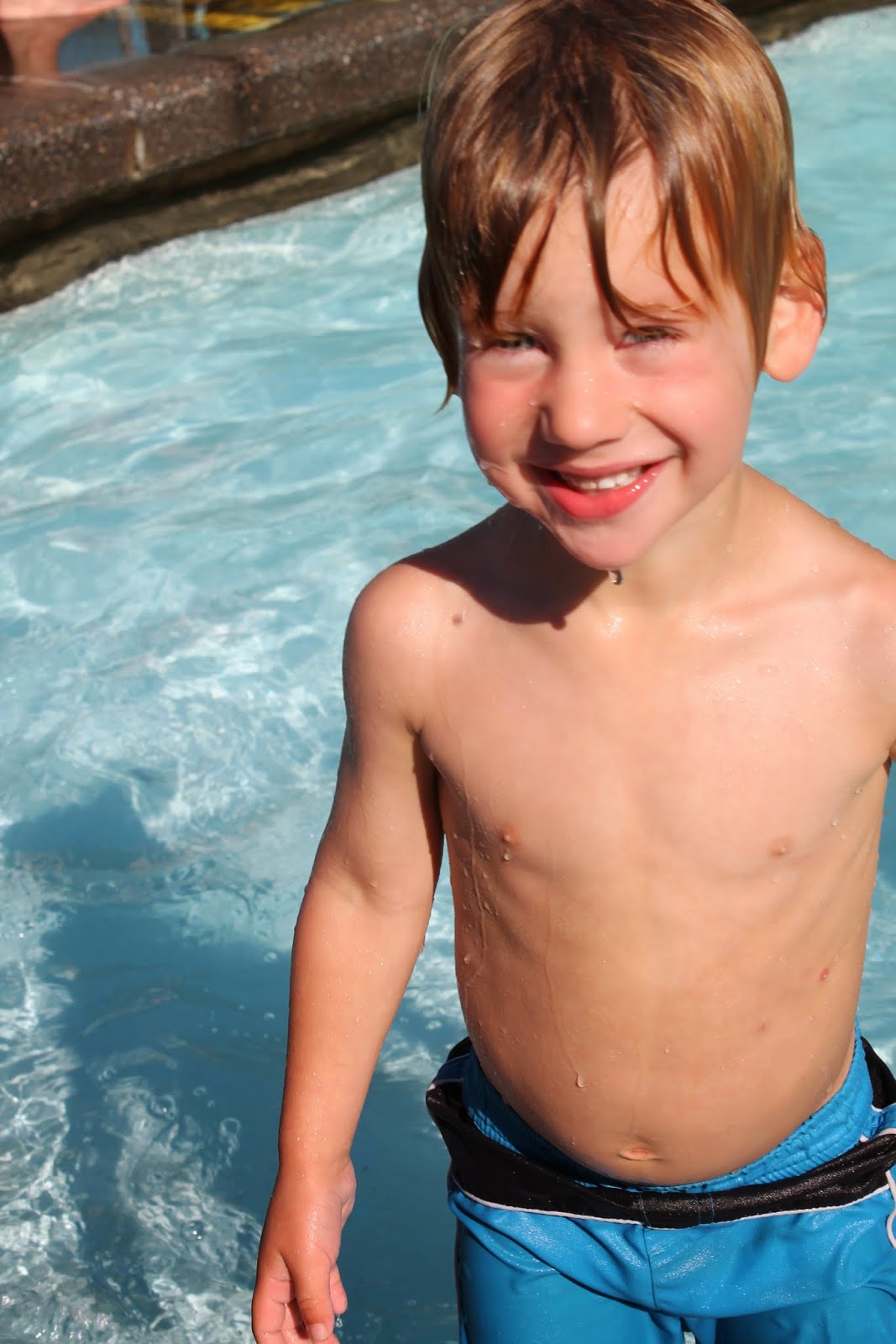 All those from three to mid fifties participated. 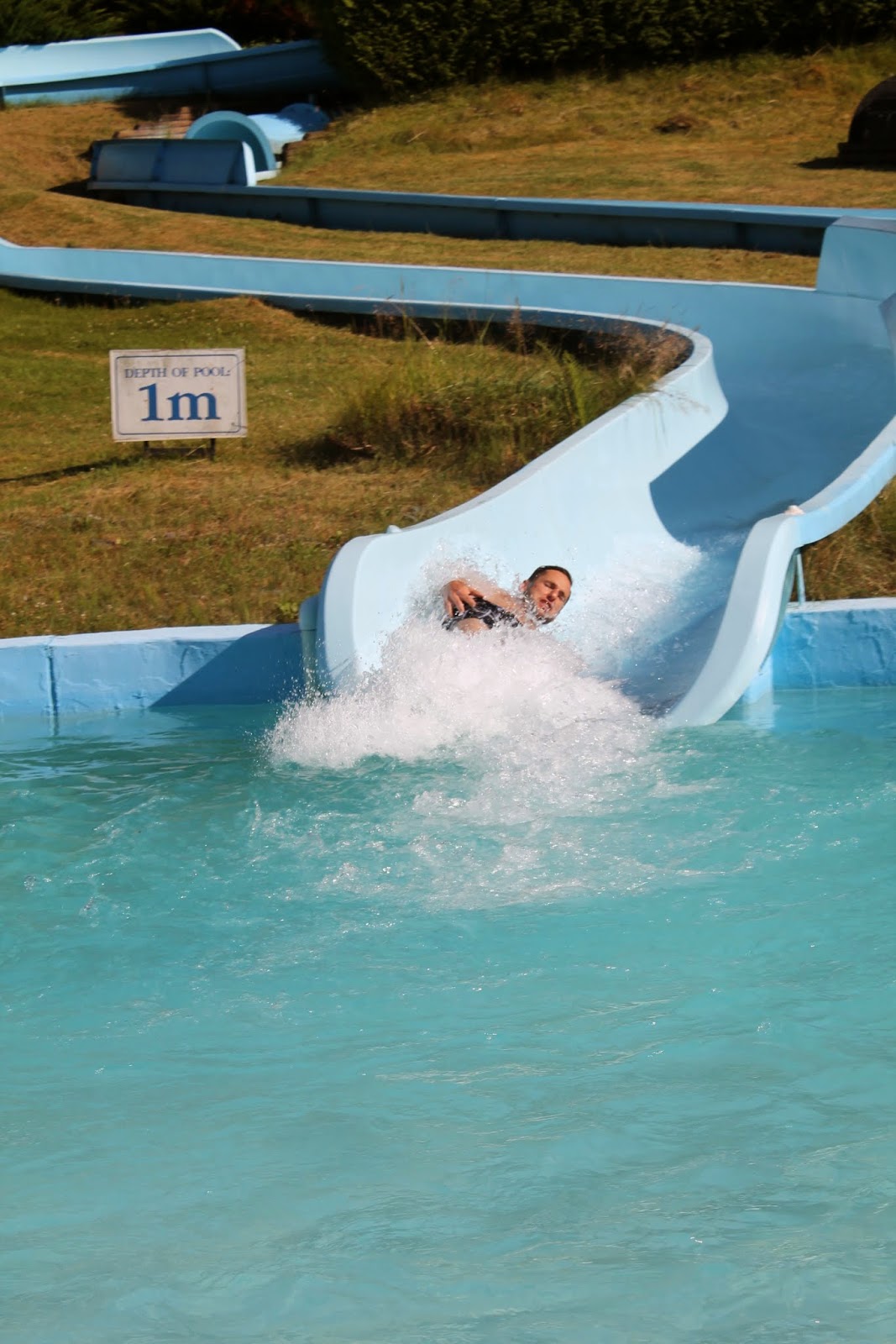 I took a few breaks in between to document the sliding. 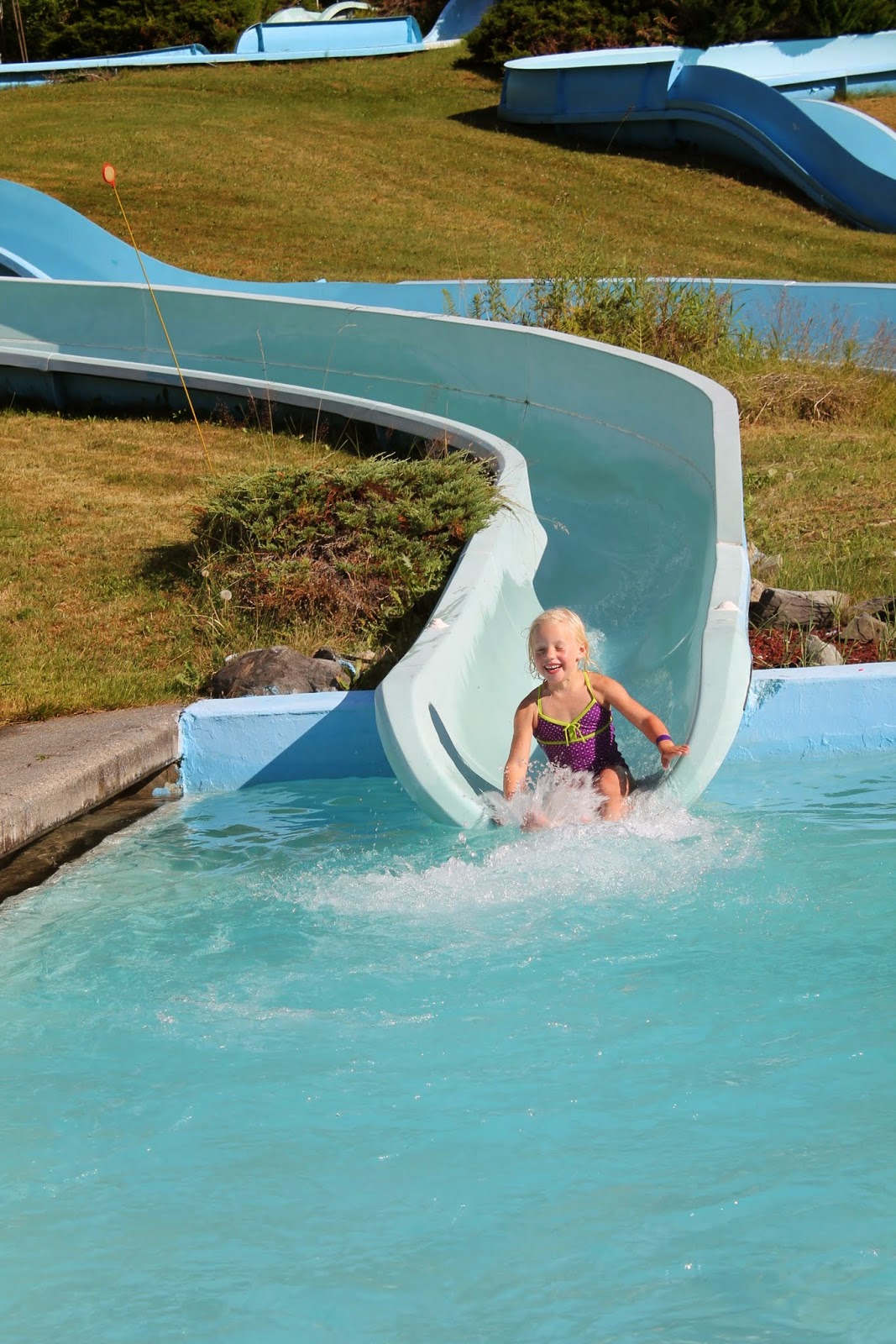 I had forgotten how much fun it was. 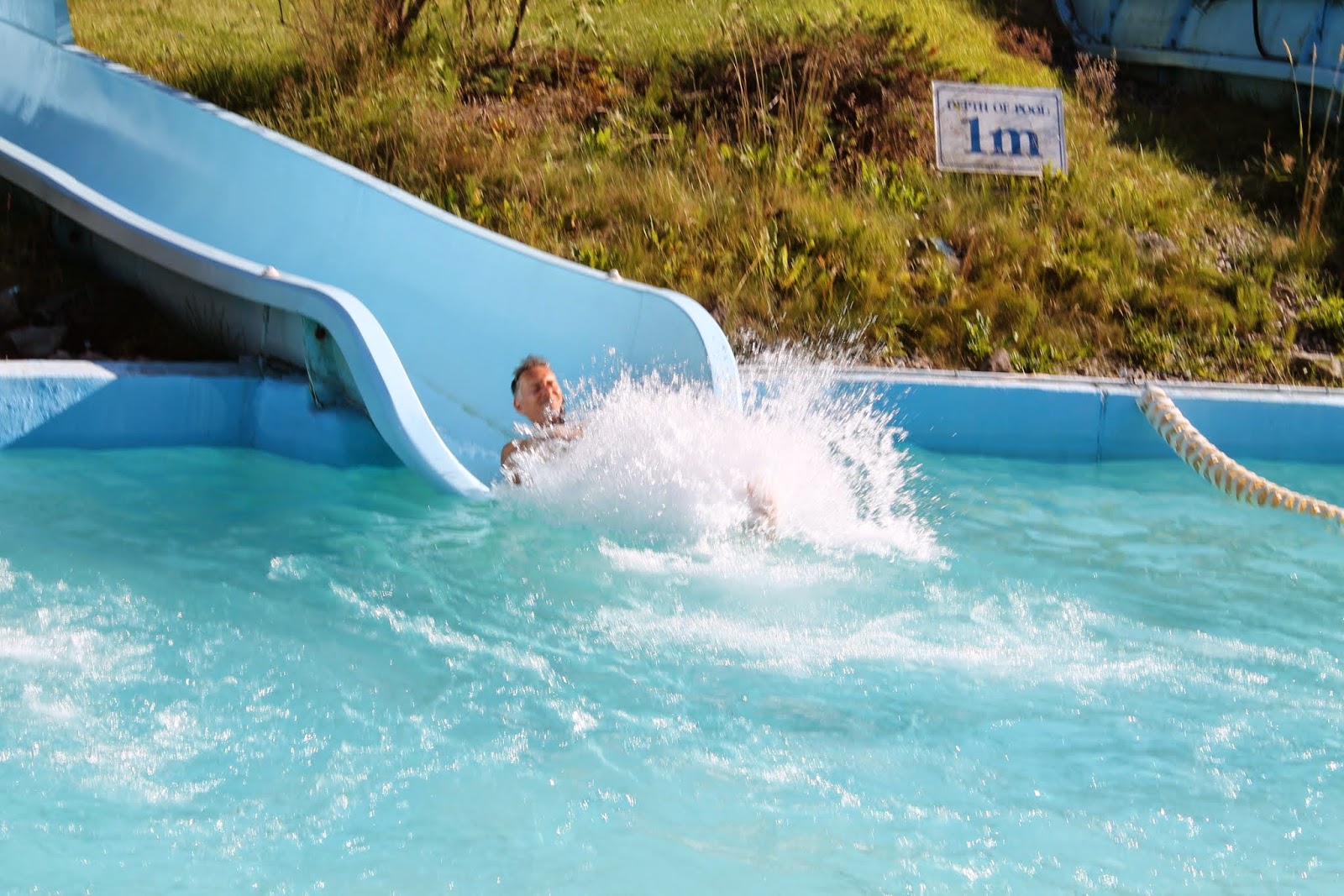 It struck me how much energy children can have to walk up hills when there is a promise of a fast slide down awaiting them. 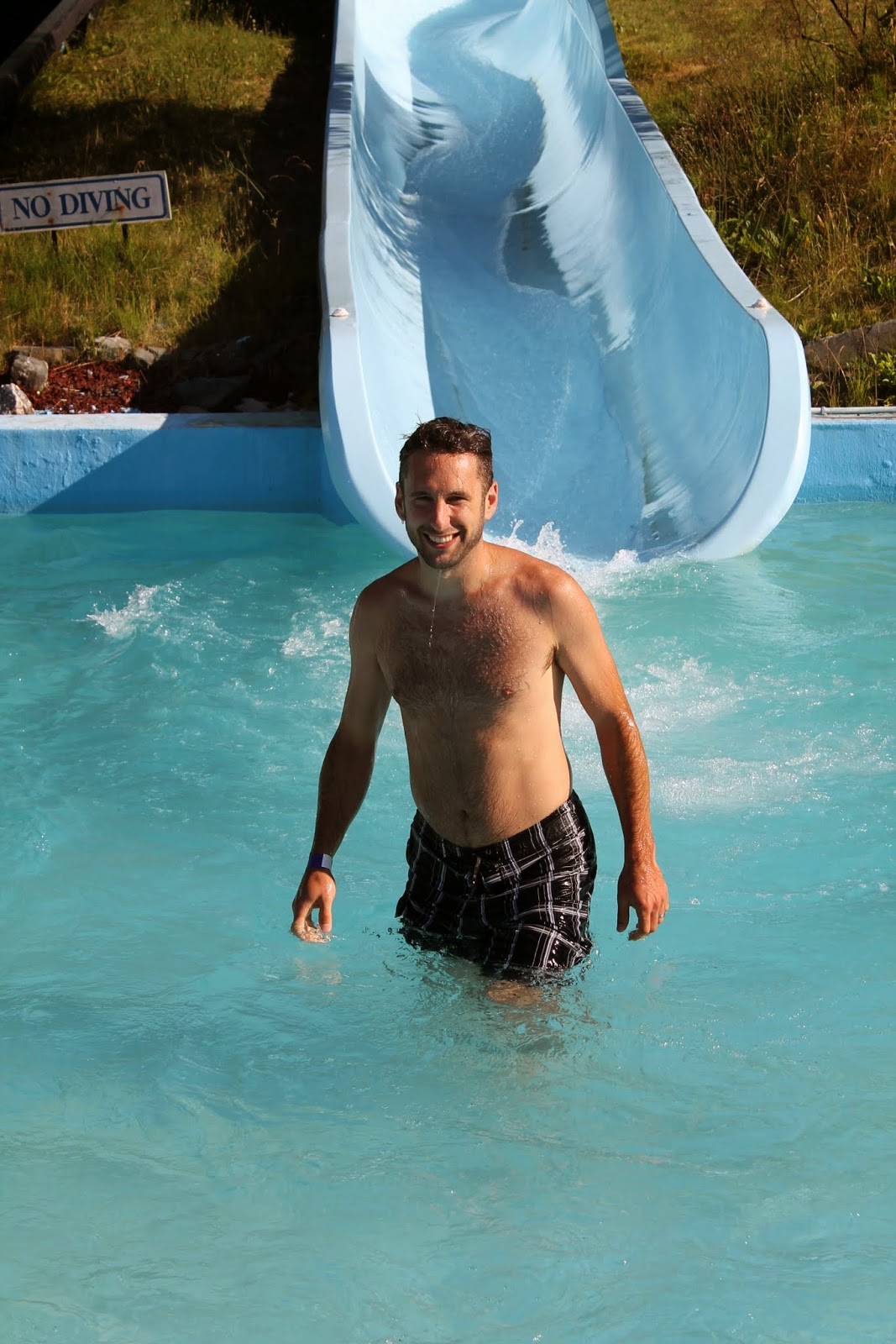 We used to take in the waterslides almost every summer when we were on vacation. 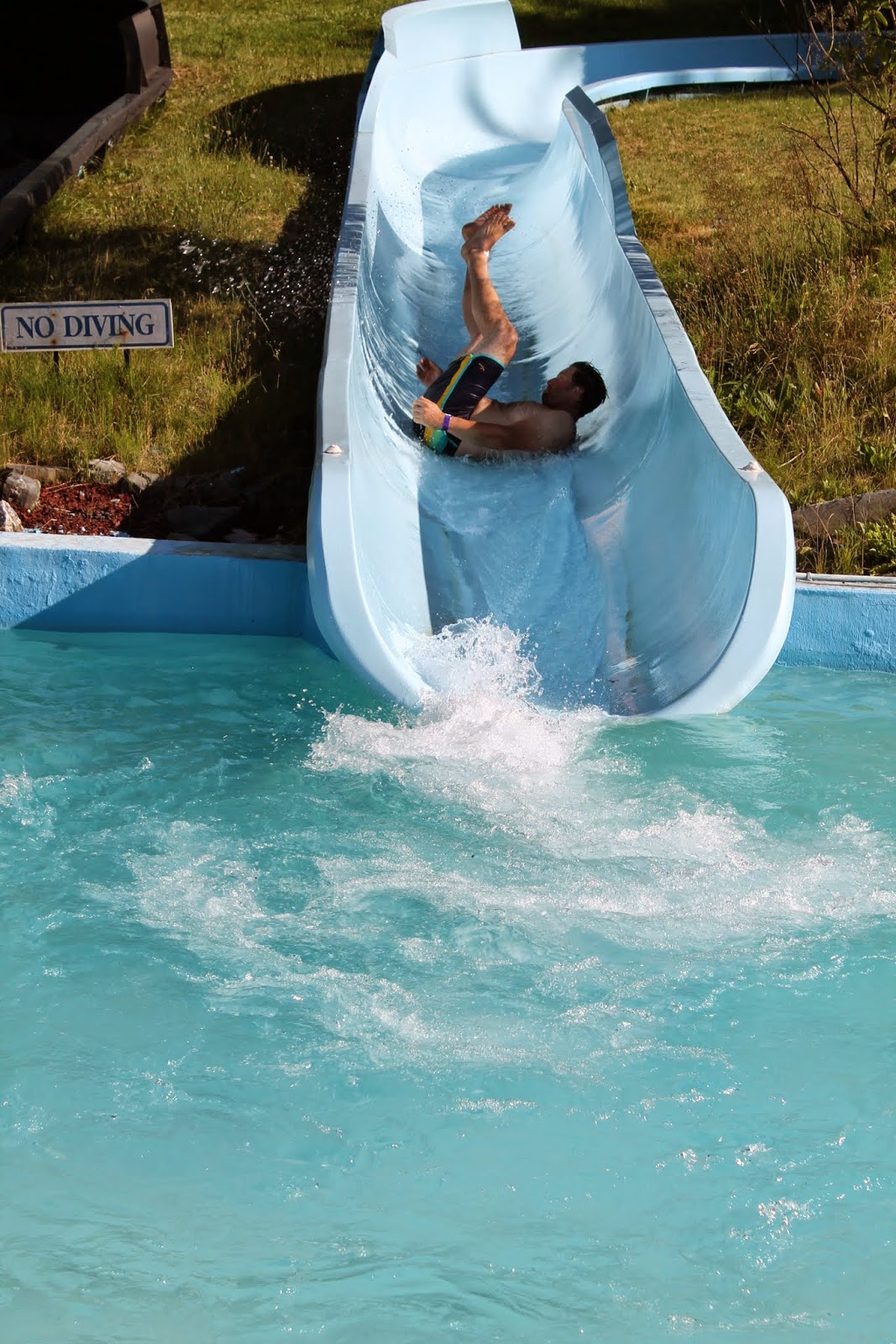 The biggest guy...
did his best to create spectacles for everyone. 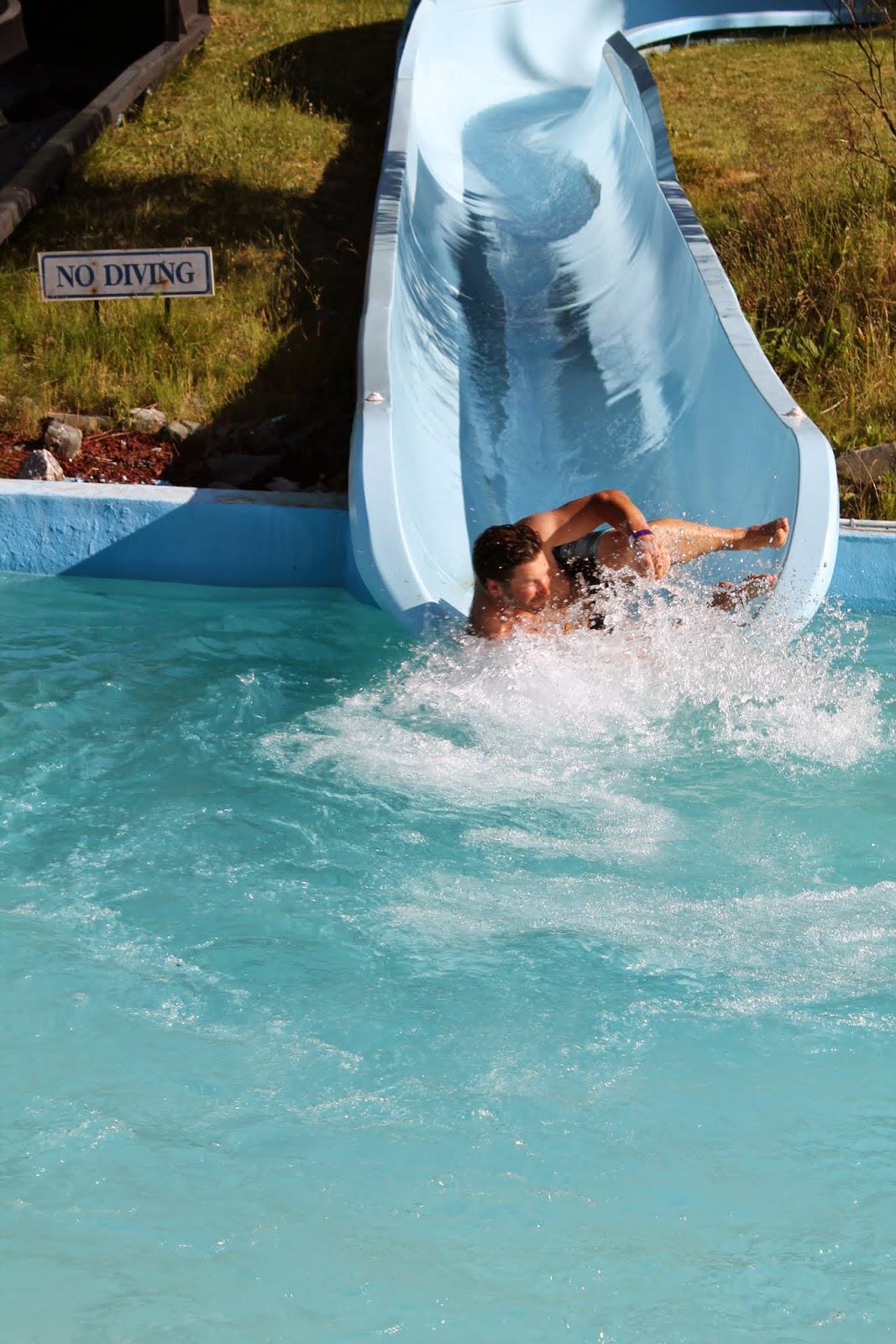 We haven't all laughed that hard in awhile 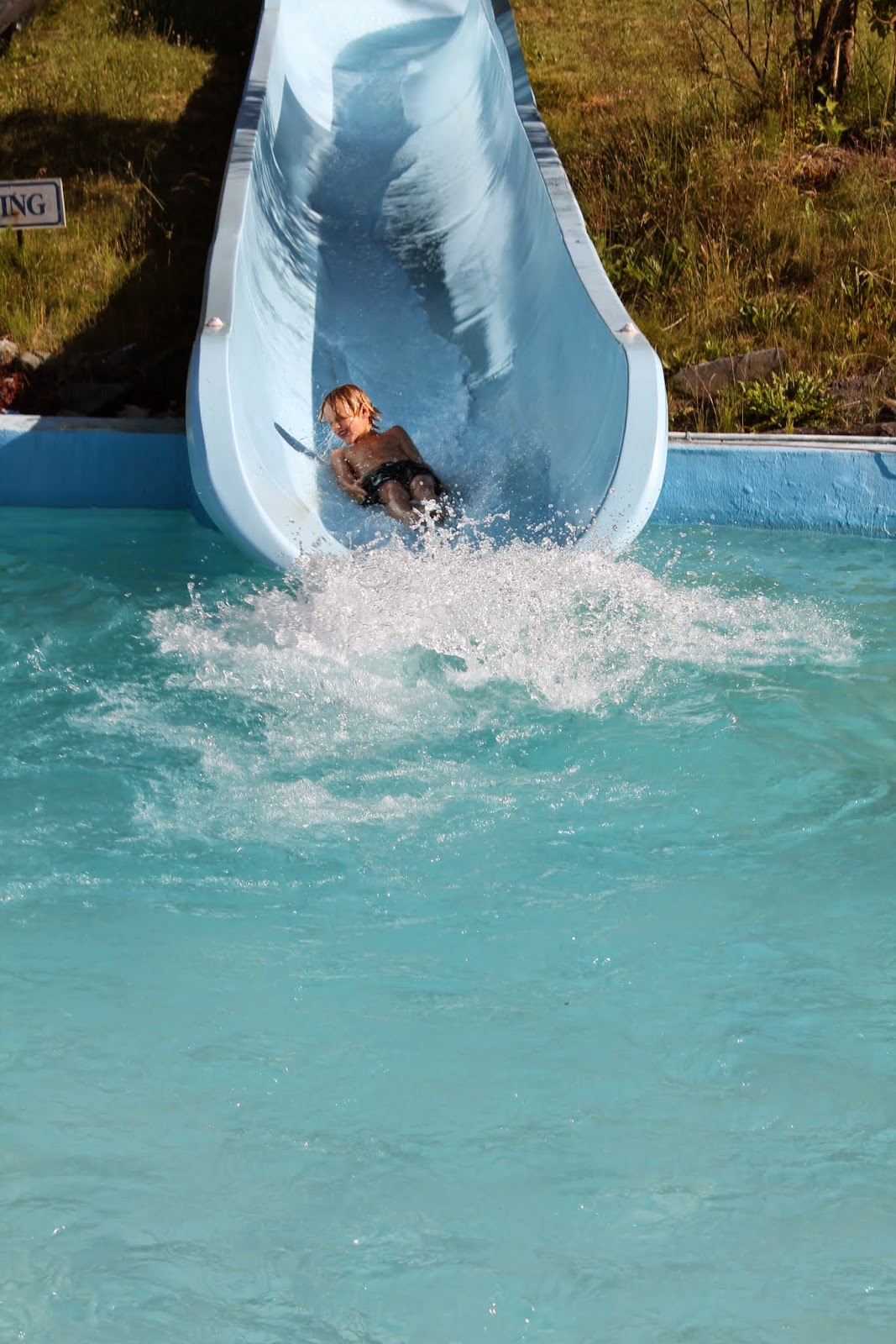 We remembered how when our boys were little...
their grandparents would take them to the waterslides and now we can continue that for the next generation. 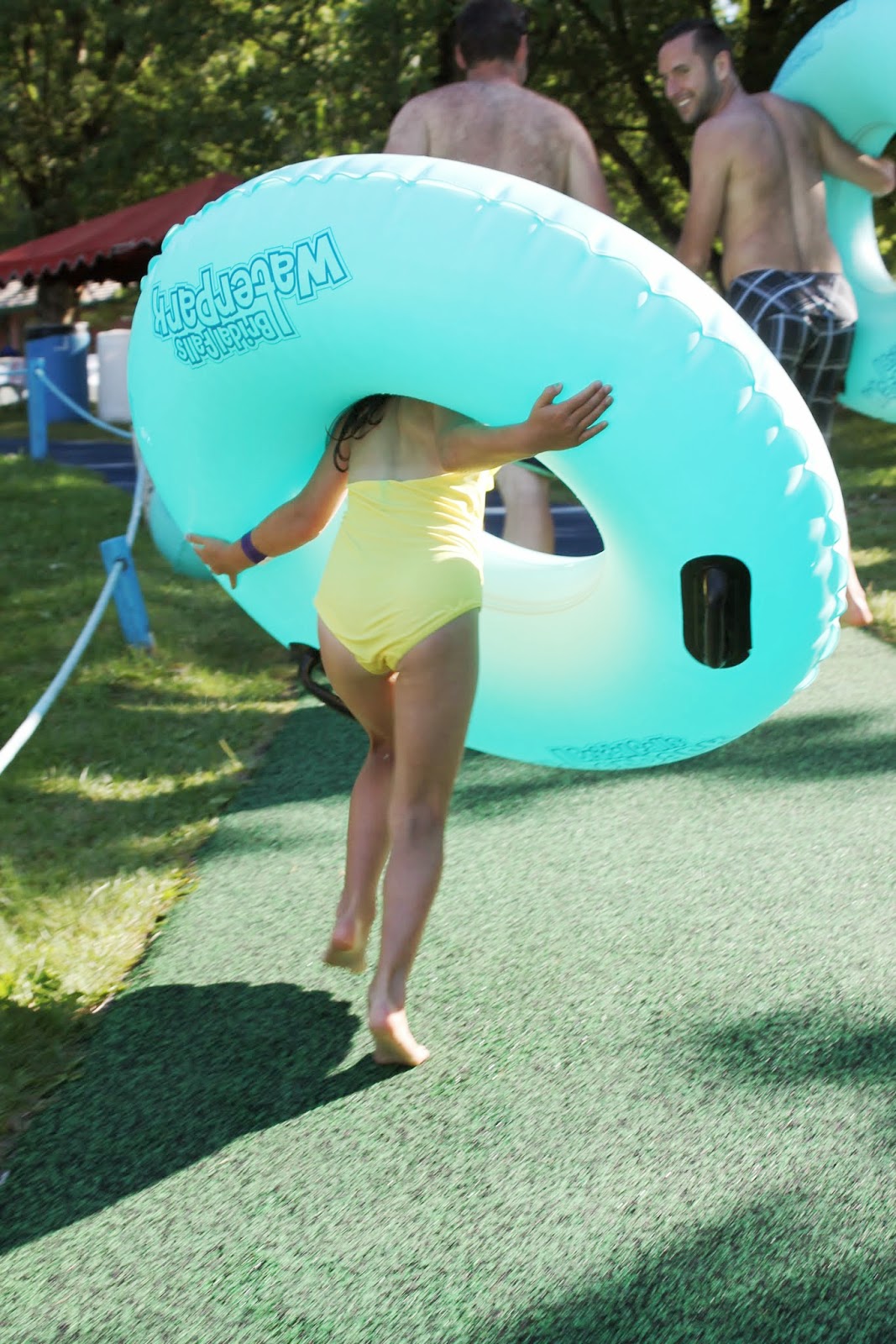 It's too bad that no one had their camera when I came down...
since I made sure to whoop and holler to let them know I was coming. 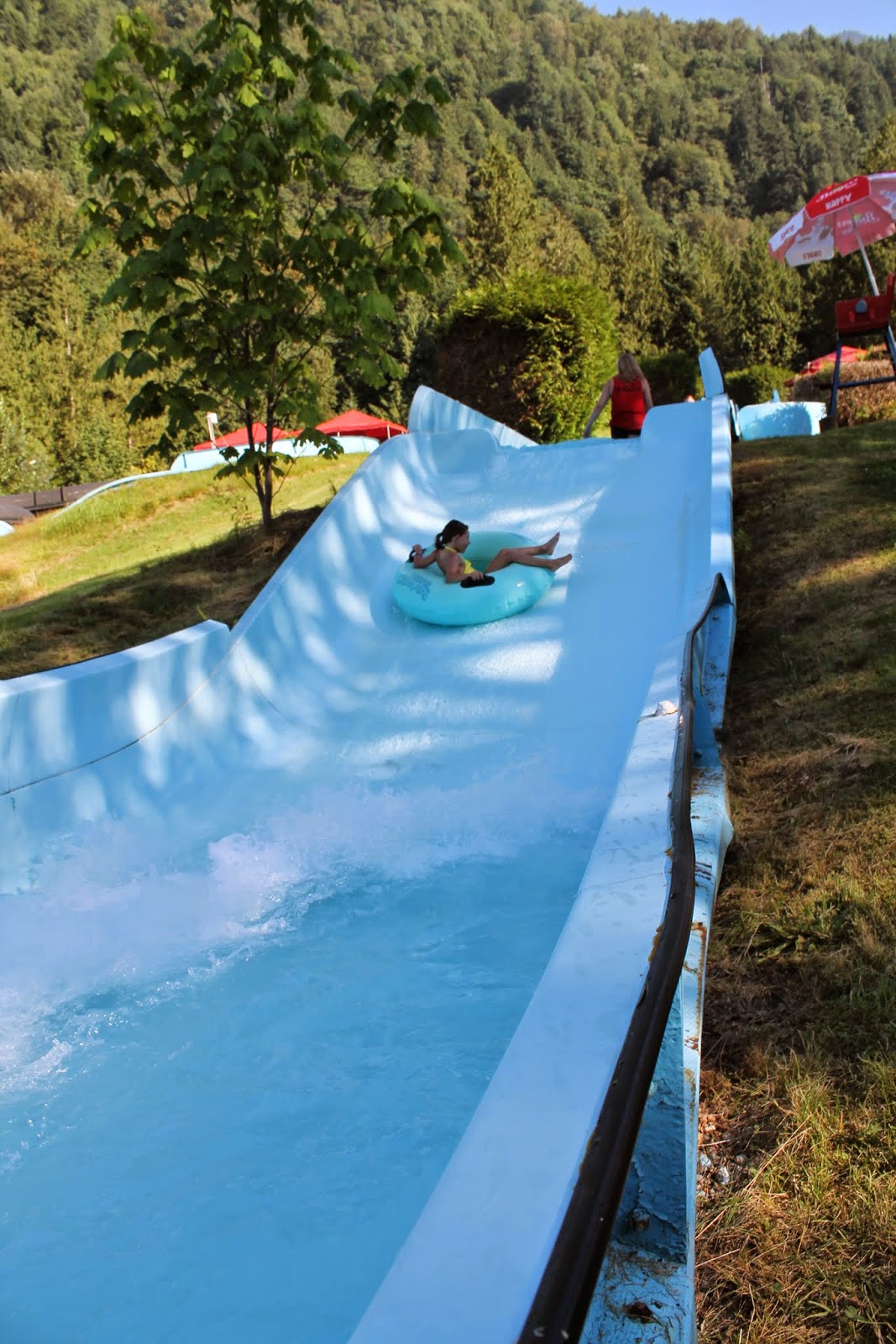 Last night after we got home we cut up some fruit and cheese and sat out in our tent to debrief. 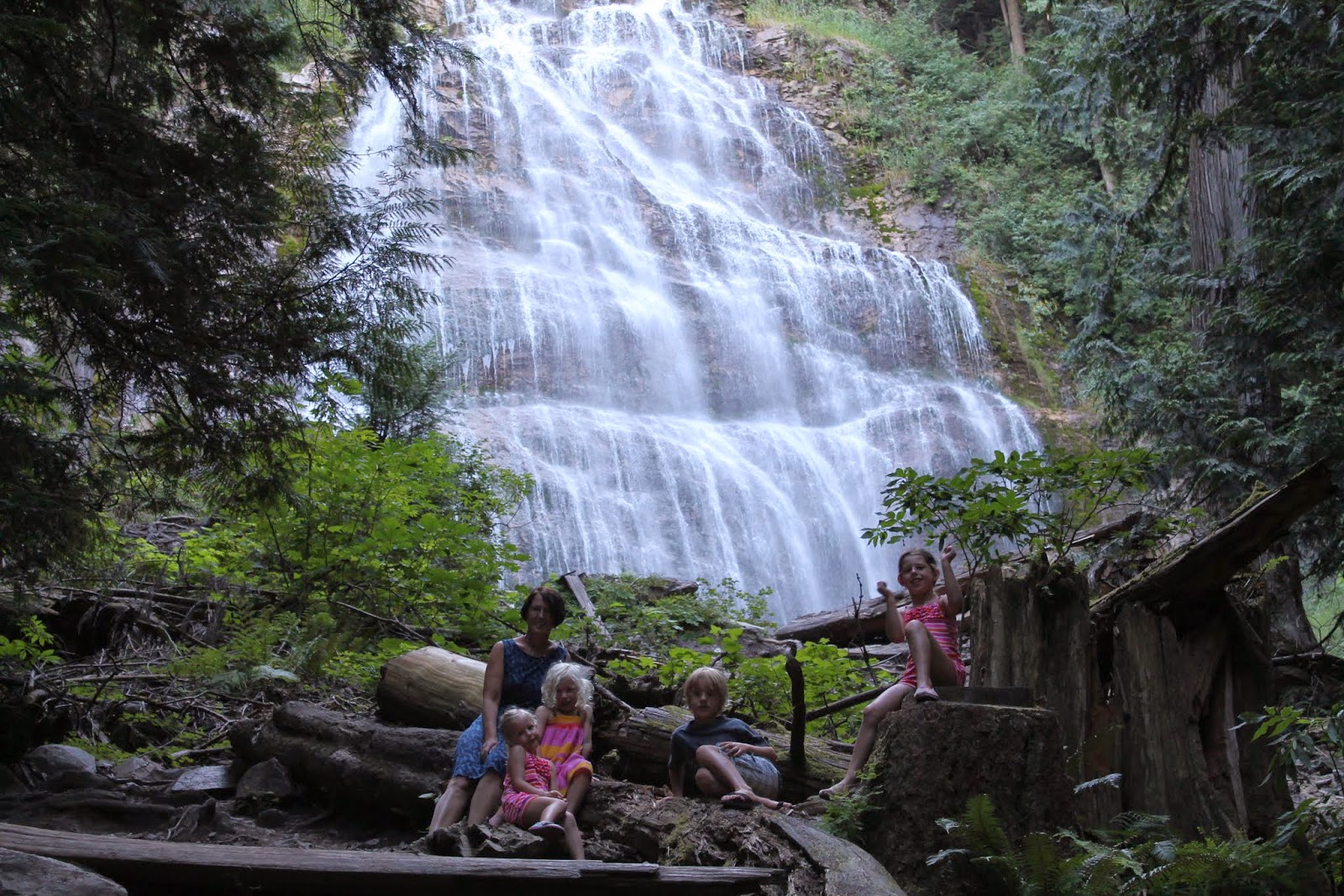 We took a walk up to see the  Bridal Falls.

The waterfall... Playing in the stream below....Waterslides...Swimming...Yummy Food...Coloring.... Riding Bicycles....
was the best time ever and we can't wait to do it again.

Thanks for coming with us kids!