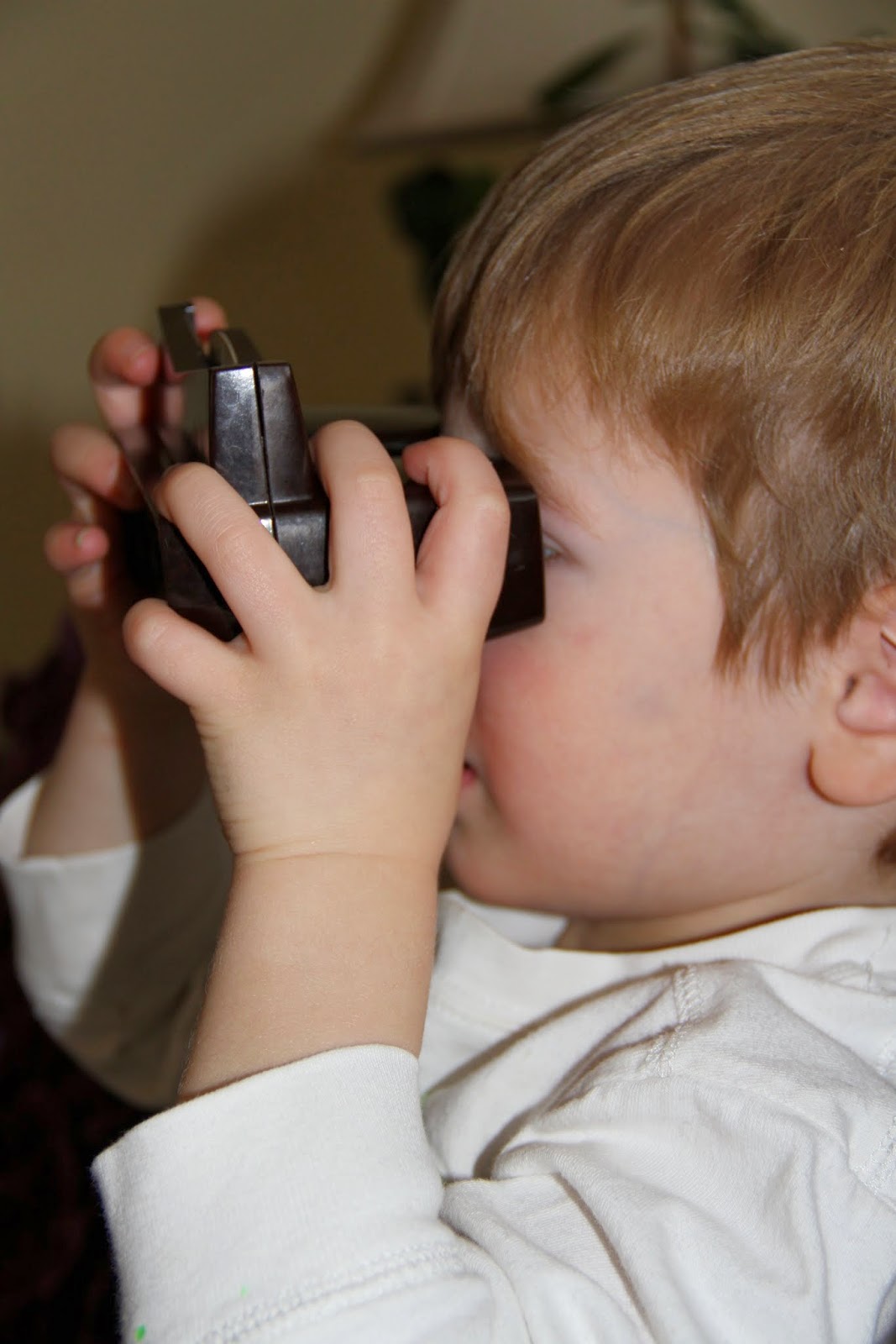 While we were doing the repaint...
I had several of the cabinets empty so they could be moved easier.
It was great to spring clean at the same time and  now know where our belongings are for the most part.

During one visit ...
he pointed to the cupboard and said...
"elephants".
I had no idea.
I was properly stumped. 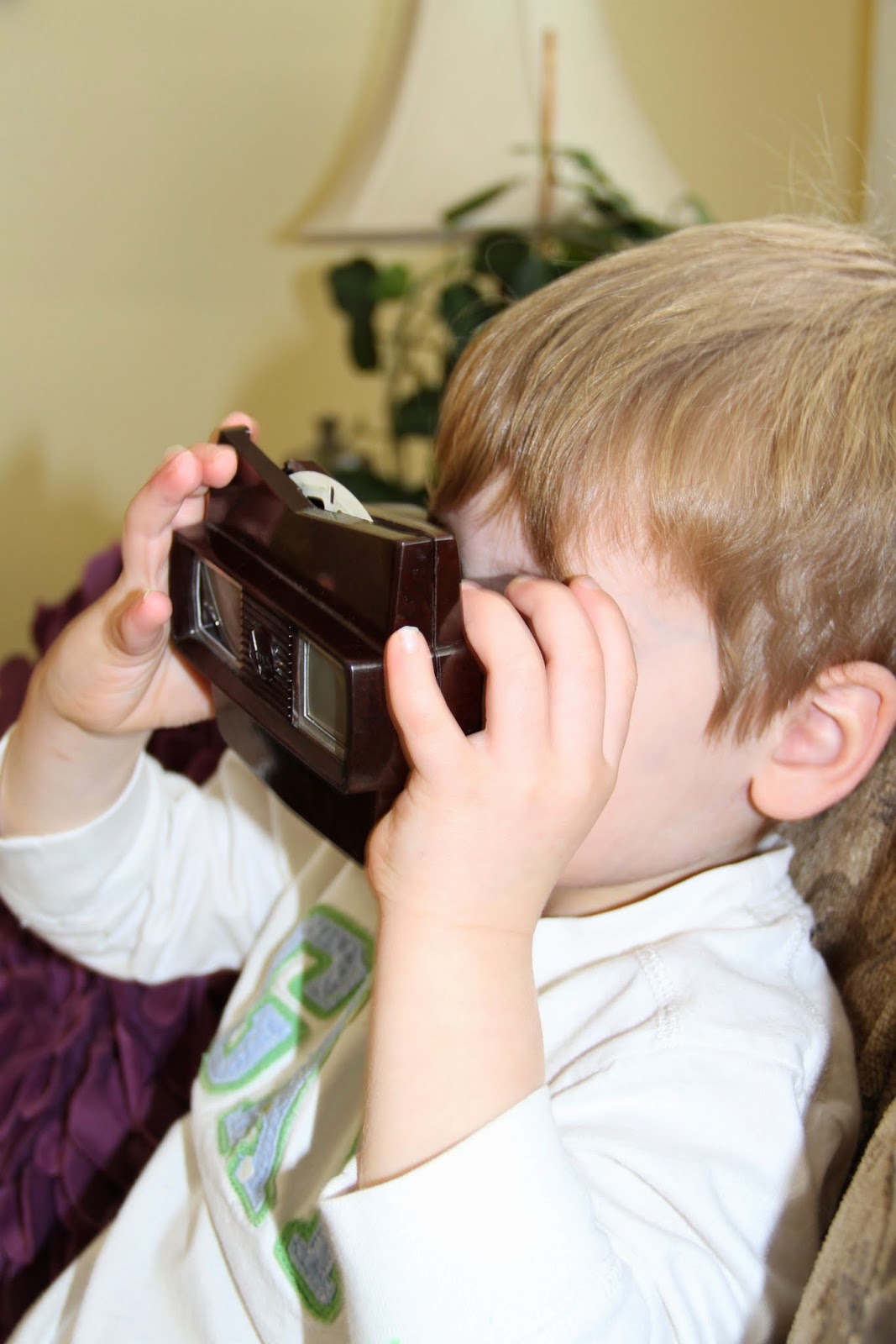 He was insistent.
Elephants were in the cupboard and I was supposed to retrieve them.
I picked him up and showed him the empty cupboard.
If a little one can be stumped...
he was.

How could this cupboard that held so many wonderfully tempting items kept out of reach be suddenly completely empty?

I looked at him and said...
I know!
Shocking isn't it?

He accepted the plain truth that the elephants were gone. 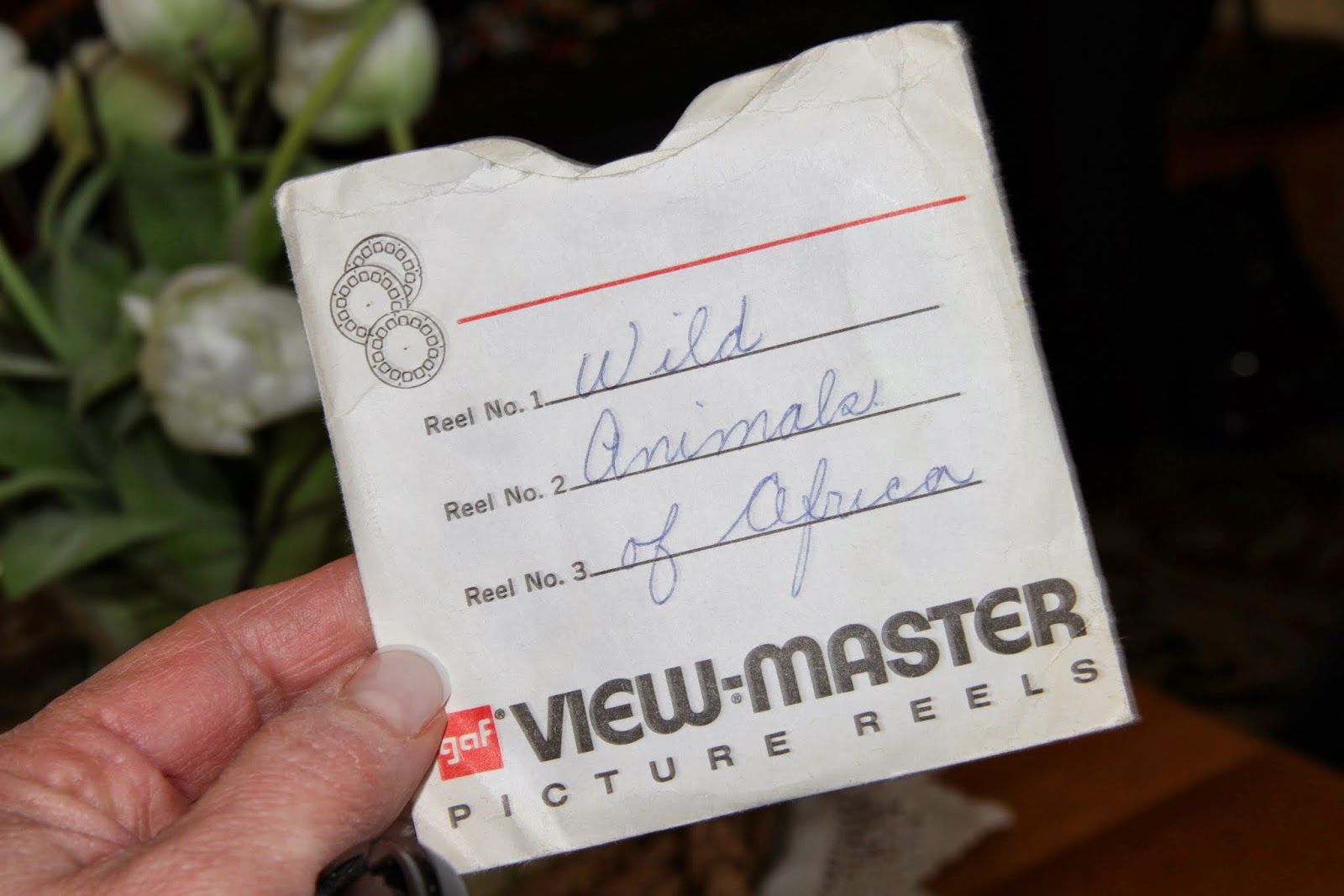 Several days later while I put the belongings back in the cupboards my eyes rested on this View Master Picture Reel.

You can just imagine his relief when I told him I found the elephants!

The View Master is a coveted toy at our house.

My Mom's handwriting and now the story of the elephants...
it makes me smile...
every time.

I do hope you have some precious moment in your Valentine Day dear ones.