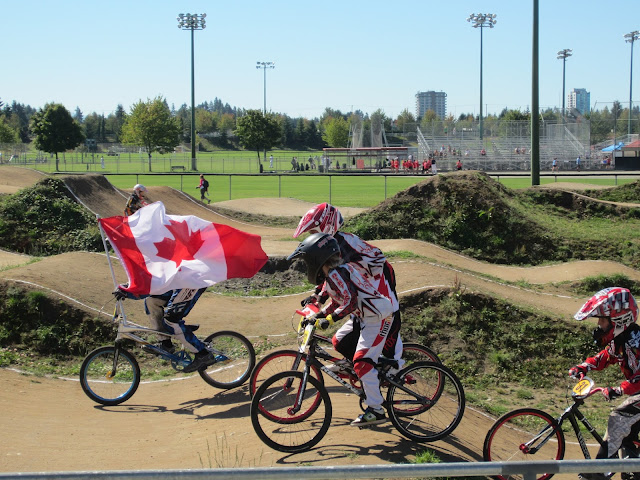 Five years...
eight months...
and twenty three days old...
and he has participated in his first Championship race.

When our national anthem began and I saw those big kids fly across the track with our flag I felt teary and it wasn't only because singing the line in the anthem "God keep our land..."
...always gives me a lump in my throat.

It's because life happens so fast and I suspect unless I pay close attention I'm going to miss the  little details that combined will make him into who he will one day become. 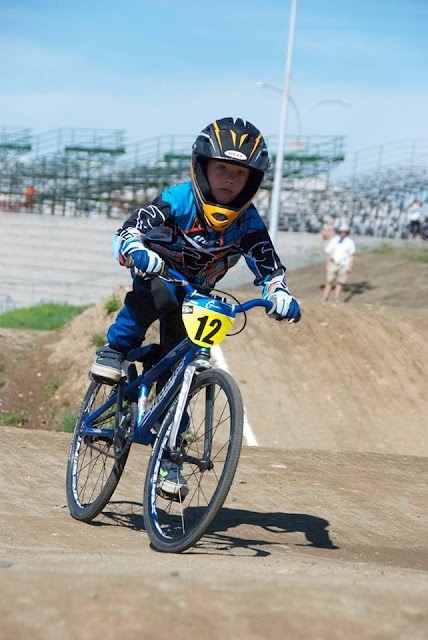 He rode fast in three heats (for six years old and under) and then made it into the finals.
It was hot even in the shade and I wanted to bathe his face with a cold wet cloth...
but..
he's tough and being sweaty when you are a boy is a mark of something...
or other. 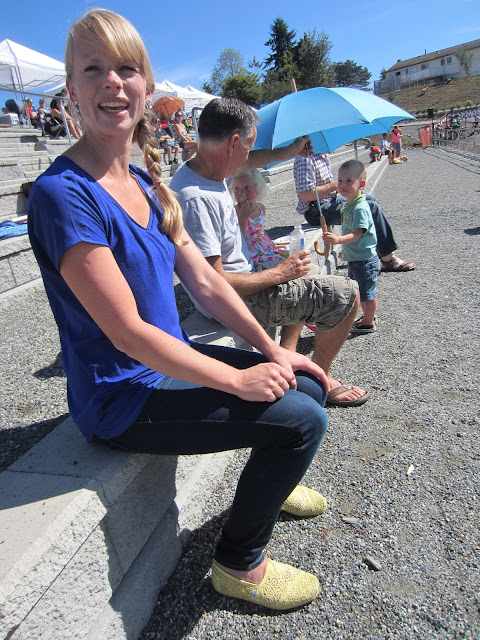 Speaking of shade...
I shared my shade and Little Oh (the little brother) learned how to press the spring button to open up the shade.
I soon discovered that my job was to deflate the shade so he could inflate it again. 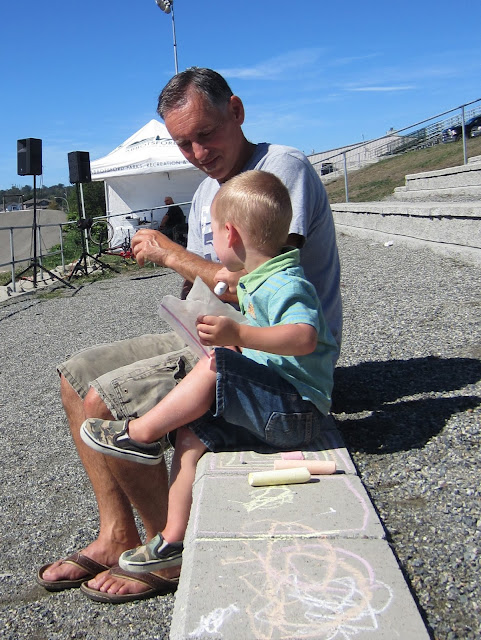 I watched him and noted that he is still quite little.
It made me happy to think that though he is just over two...
most people would agree he is just a baby.
Right?
I think he should stay that way.
(just sayin'....) 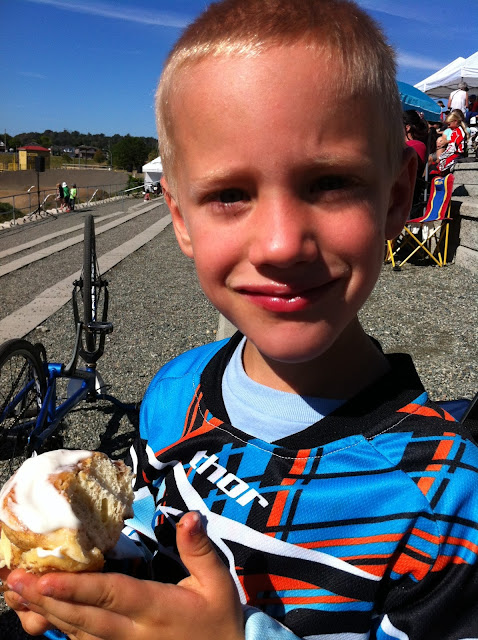 I baked cinnamon rolls in the morning before we went.
He had one before his first race.
I like to do my part and provide some carbs.
(insert smile here as I watched him devour it...
like a boy) 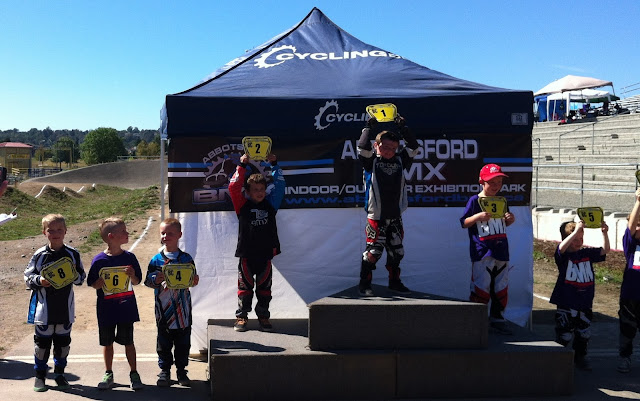 He came in fourth.
In BC!
I'll admit..
I was super proud of him since he has only been in the club for a few months. 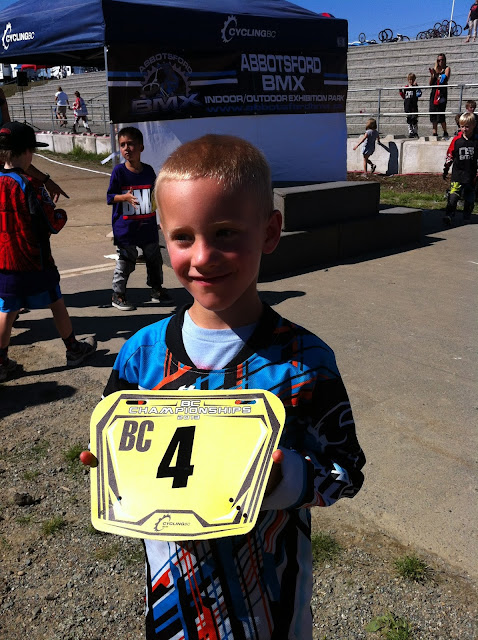 I hope he always loves to race for the joy of riding.
He is learning to be a good sport and fist pump's his competitors when he wins...
and loses. 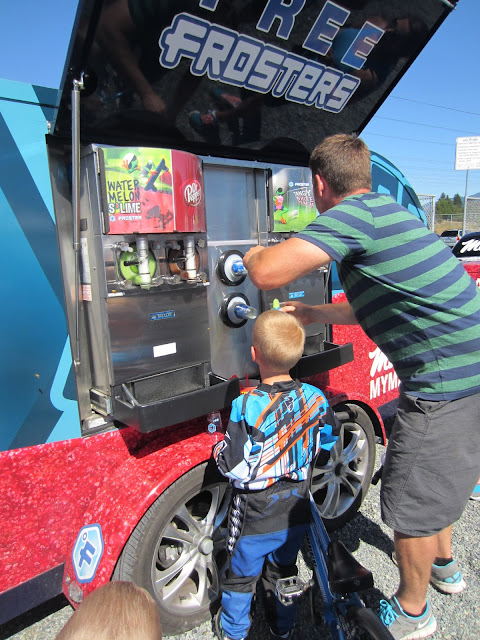 Frosters...
is something he doesn't have too often so it was quite exciting to select a few colours and sip that frosty goodness.

I have to admit...
that even I was standing in line.
Who doesn't love a free froster? 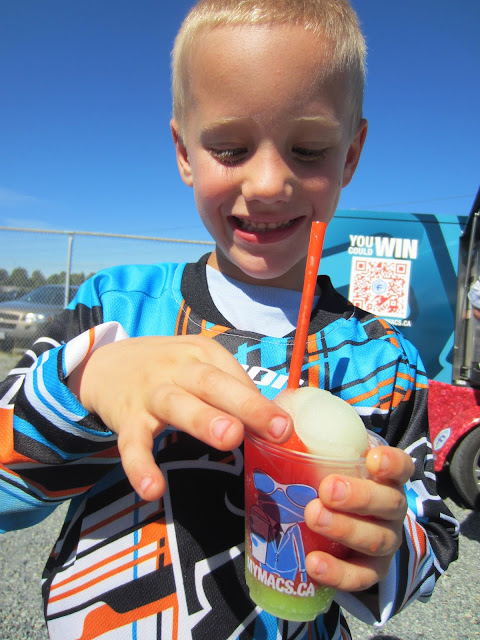 I of course...
am always watching for reactions.
Isn't that why we blog?

It is September and in someways I feel that this is the beginning of blogging season for me.
The children go back to school and I begin to think about fall and re-evaluate what I do with my time.
I want to capture  moments that make smiles.

According to this article on..
Grown and Flown.. There are Eleven Reasons why you should and could blog.
If you are thinking about a new hobby for fall you might want to consider beginning a blog.
If you do...let me know!

Since 2006 I've been creating a chronicle of family history..
a legacy in black and white
and hoping to leave something more than a "snap chat".

I think those of you who blog will recognize reasons you blog in the article. 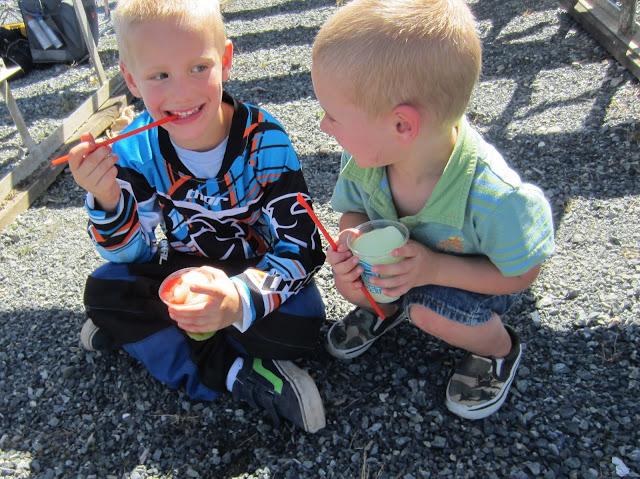 We didn't have blogs when our children were this little but I know beyond a doubt that I would have been blogging back then if there had been.
I'm catching up and sharing things from my perspective now.

If he reads this post one day...
he'll know how much I loved him and his scary sport.
He'll know that I was there...
cheering him on and bringing him cinnamon rolls because he loves them so much.
He'll know that I thought 4th place in his first ever championship race was pretty fantastic and something to cheer about.
He'll know that there were things that mattered most to me.