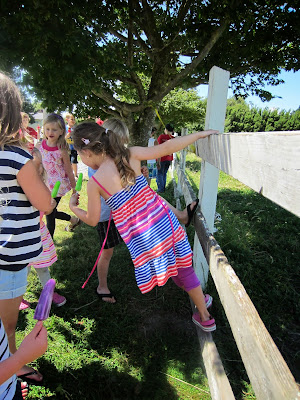 I never missed out on attending VBS.
Back then it was called DVBS which stood for Daily Vacation Bible School and instead of it being during the day it was held each evening for a week.
I have distinct memories of calling it any of those letters in various orders and finding those letters very confusing.

My Mom taught DVBS faithfully for many years and maybe because she did I remember more of the preparations.  Kool-aid and cookies were ready in the church kitchen and mid way through the evening we would run outside for recess.
It was at DVBS where I learned to play various of children's games where we would hold hands in circles and sing songs.
"I wrote a letter to my love and on the way I dropped it...
a little puppy picked it up and put it in his pocket...." 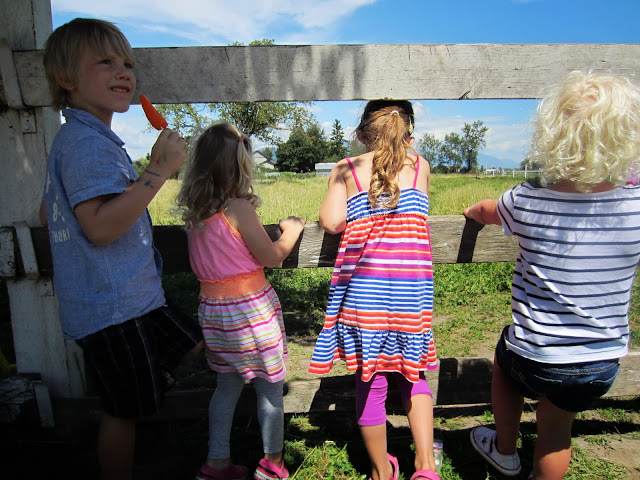 Our little country church would burst at the seams with community children who didn't otherwise come on Sunday mornings to Sunday School.
My Mom must have invited kids because our car was loaded up with kids we gathered along the way.  We didn't have mini-vans back then but then there were no seatbelt laws either. 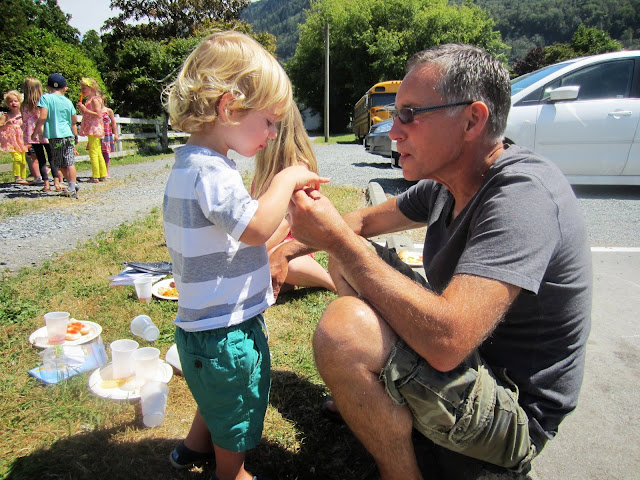 Last week Friday we were invited to the VBS finale of our grands.
I was happy to go to hear the program and enjoy a hotdog lunch and popsicles with the kids. 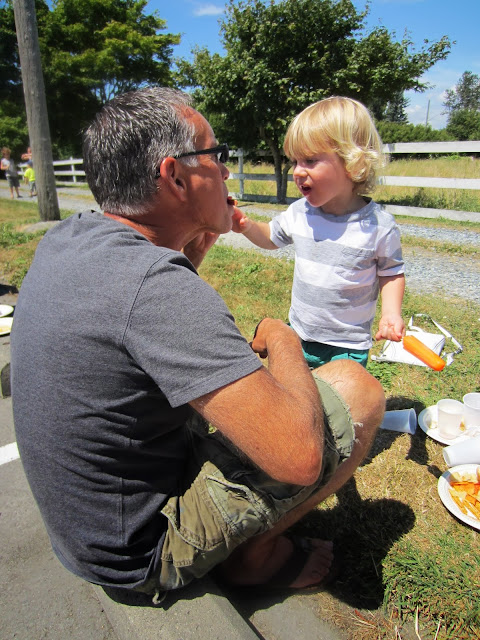 I must have had my own VBS pictures in my mind and was pleasantly surprised to see that VBS has moved along in technology as the rest of the world has.
Their finale program consisted of the songs they learned about Jesus and standing strong for God.
Their worship leader sang with enthusiasm and they all followed along with the choreography of the kids on the big screen.
The program ended with them all taking the books they made for children in India to the front.
I came home and looked up the program Kingdom Rock and can see why the children enjoyed it so much. 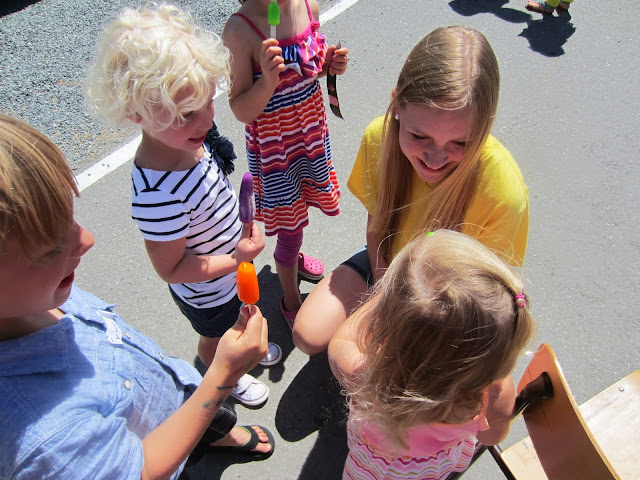 They stood in their little groups with their team leader and I can tell you that in the case of my grands...she did not have to worry that they would wander off. 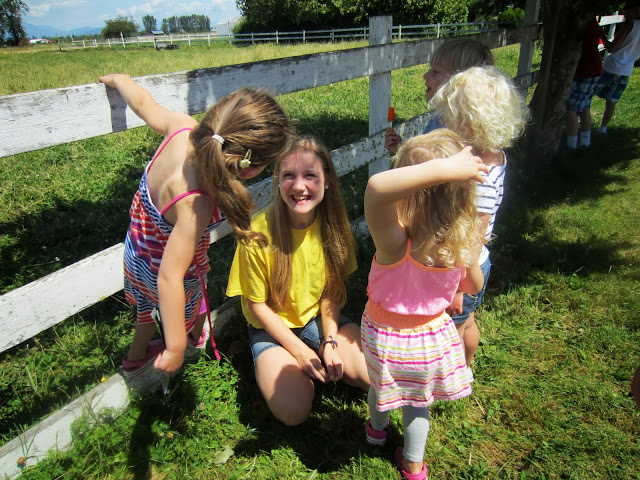 I think perhaps beyond the impact of the lessons they learned I was blessed by this young woman who took a week out of her summer to be a friend to these little ones. 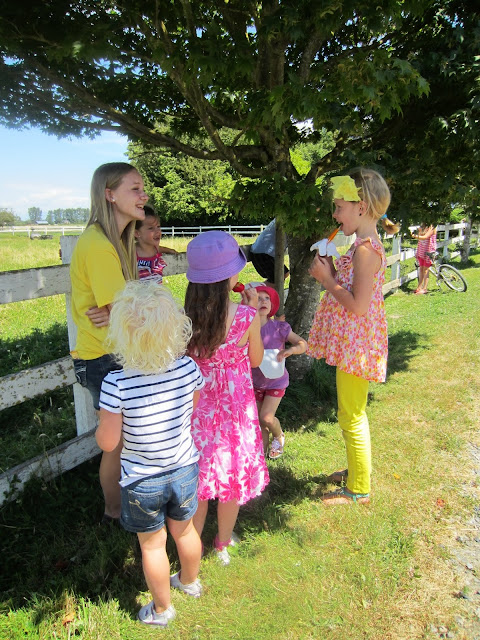 Eventually she said to them...
"well...I think I will say my goodbyes".

On the way home...
I heard the sniffles in the back seat and wondered what on earth was wrong.
"I miss her" came the choked sob from the back.

Oh dear...
I looked at my beloved and said...
"what..are we chopped liver all of a sudden?"
After a few hours she got over it and maybe she'll see her again next year.
I know that my grands will remember their kind team leader and be more than happy to go back to VBS again next summer. 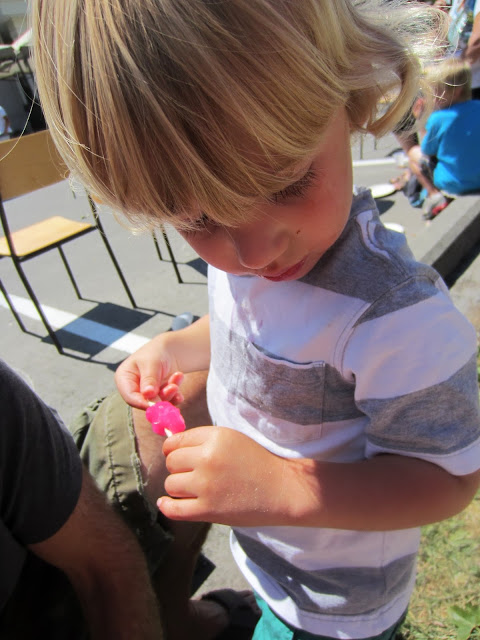 The babies will also probably be back again at the VBS finale for their fair share of popsicles and maybe we'll go back again too just to be blessed by the ones that take a week out of their summer to bless children from the community with the love of Jesus.

If you have children at home that could use some summer fun with other kids...
check out the nearest VBS and enroll them before it is too late.