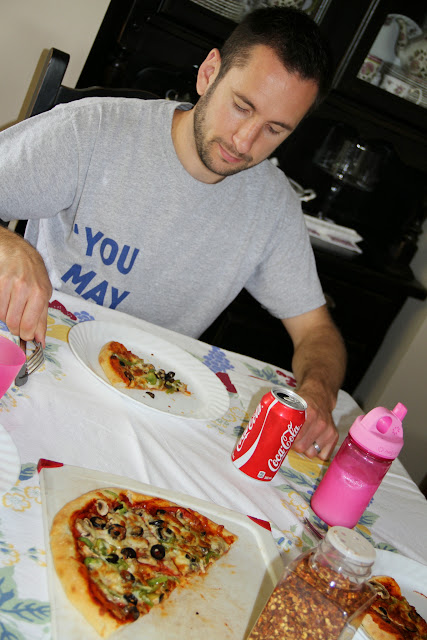 Yesterday was Stuart's birthday.
On Victoria Day...his better half was working and so I suggested he pop over with the girls and together we would make him pizza.
They knew what he liked...
and loaded up the crust. 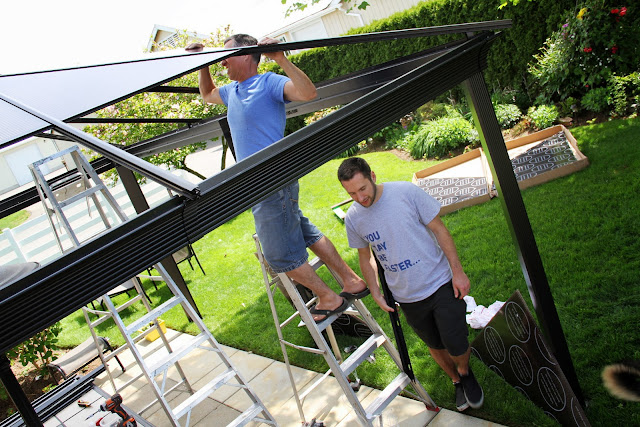 After lunch..
the menfolk started on our new patio cover. 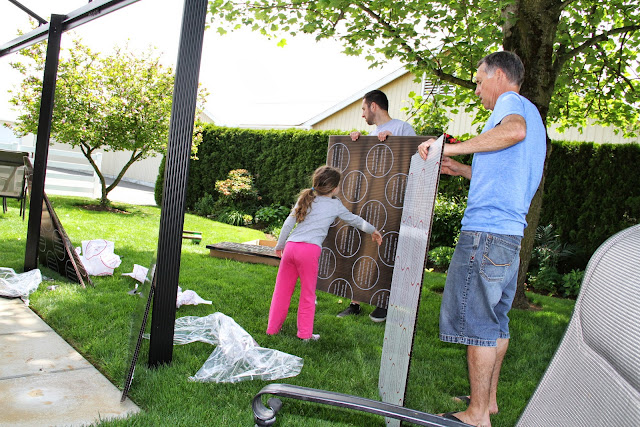 The roof all came in the box with cling film that needed to be removed.
That job...
was offered to the girls. 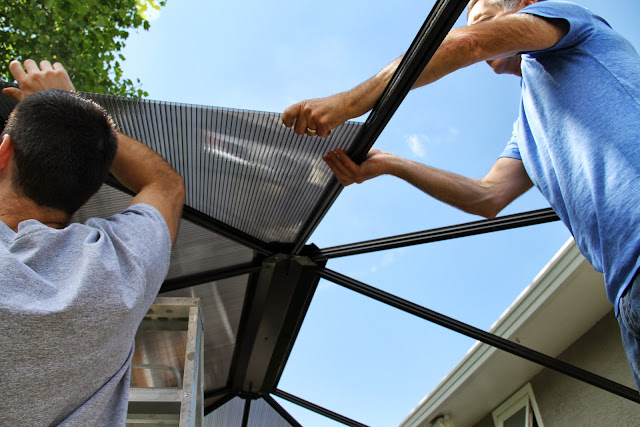 There is something about watching team work...
that makes me happy. 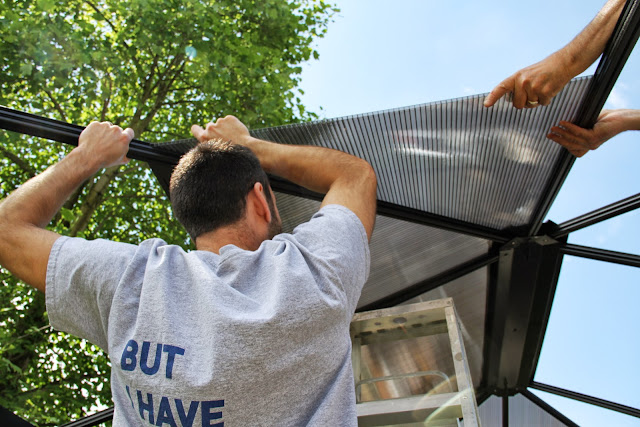 The project had been started a few weeks ago but my beloved and I ..
needed someone else to replace me. 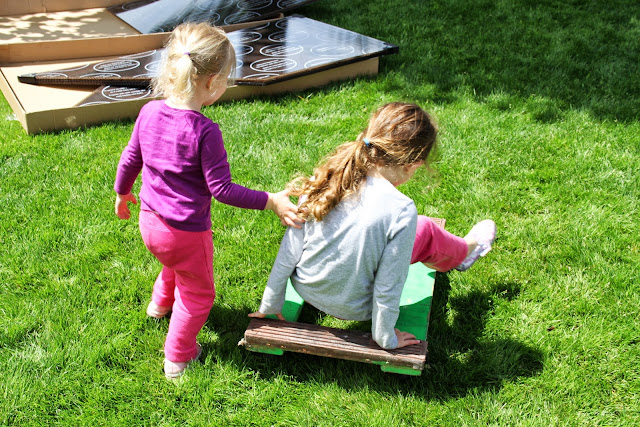 In the meantime...
there was plenty of fun to be had nearby. 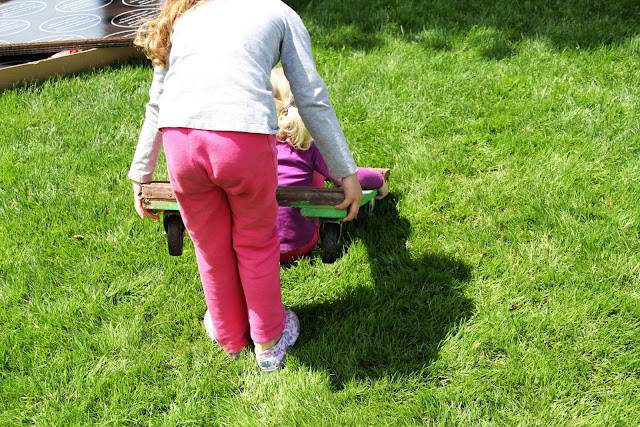 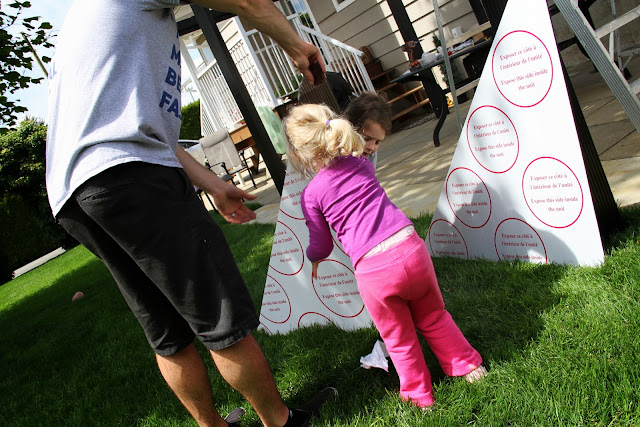 And turns continued to be taken on the job at hand. 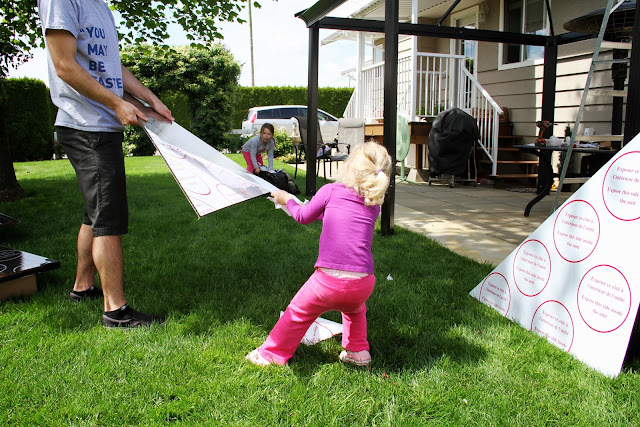 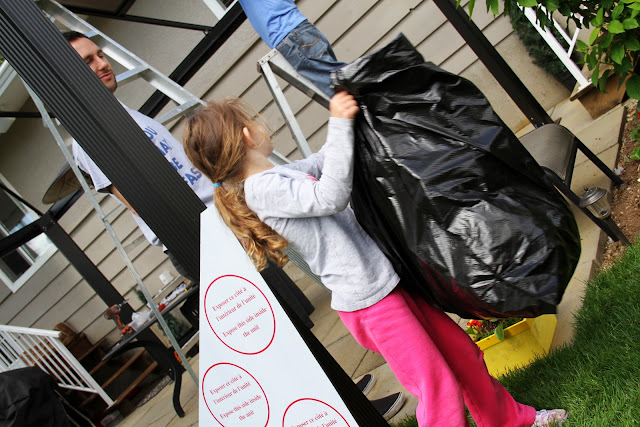 The garbage girl came around to take up each piece of discarded cling film. 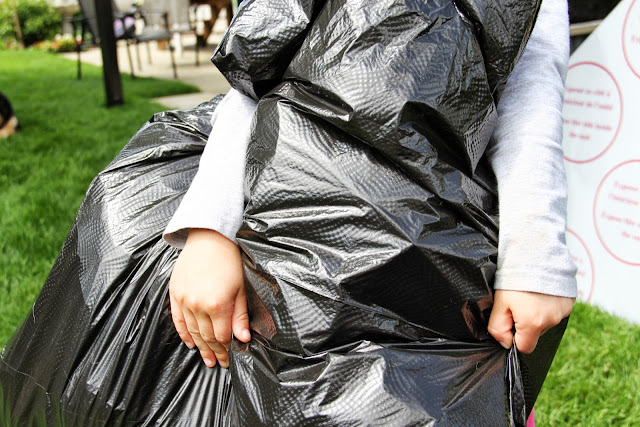 She took her role...
seriously. 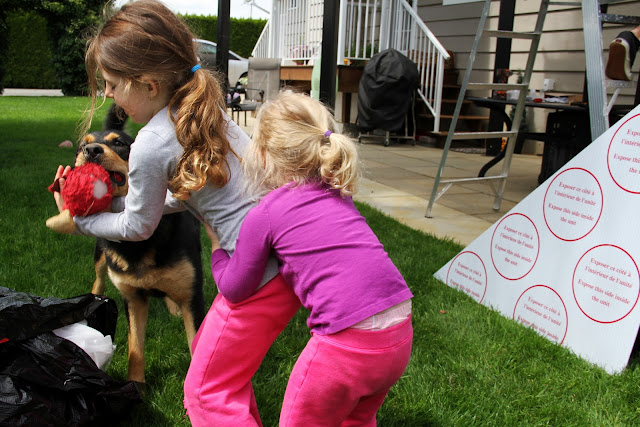 Kobe took her role seriously as well...
and team work was once again employed for the tug-o-war. 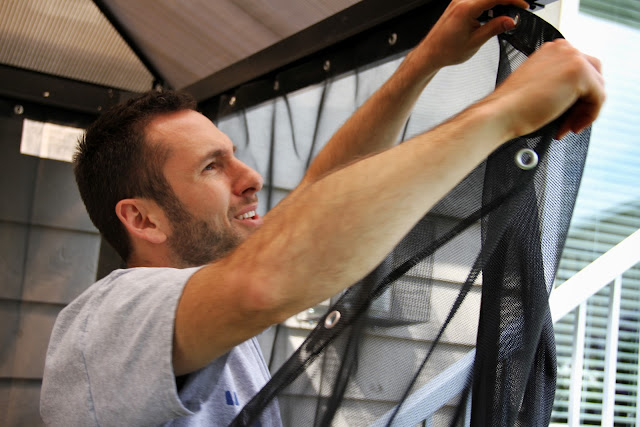 The other day...
it was like a lightbulb moment when we were putting Grandgirlie to bed.

She said...
Grammie!!!  We all have blue eyes in the family except for you and Daddy and the dogs.
You all have brown eyes.

Yup...Stuart ...Lovella...Tobbee  and Kobe have brown eyes in the family.
It's been documented. 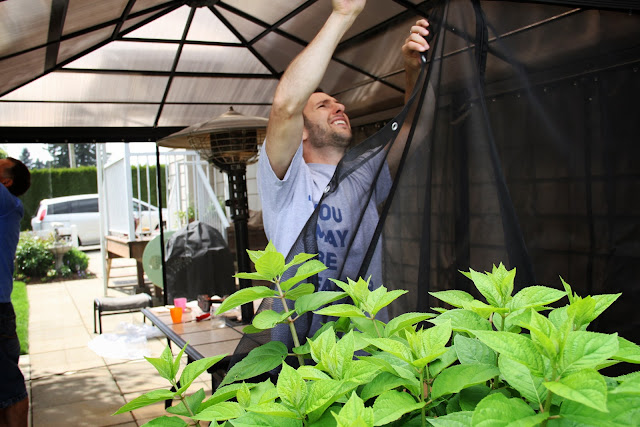 In the meantime...
the roof was up and the curtain was raised. 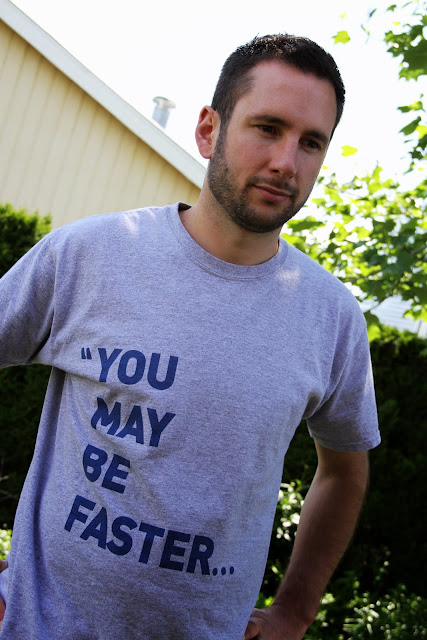 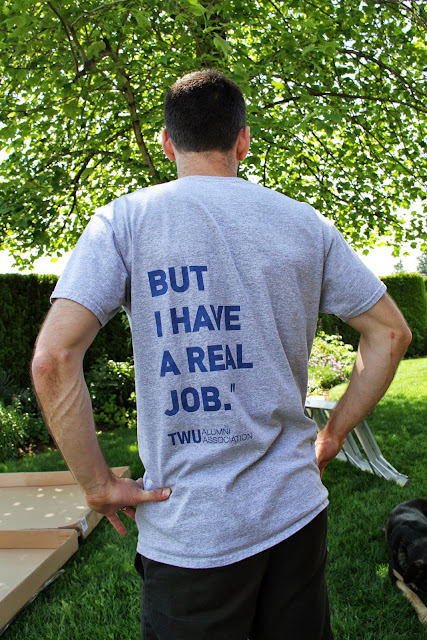 That's my boy!
(with brown eyes)