the pink and orange jackets 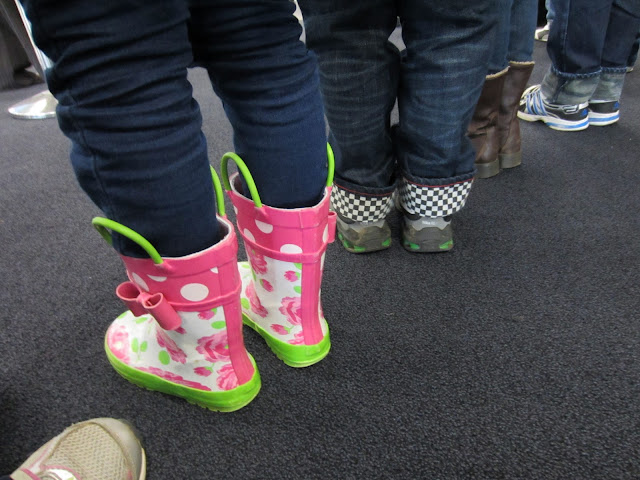 I'm pretty lucky blessed.
I have multiple grands in the same kindergarten class. 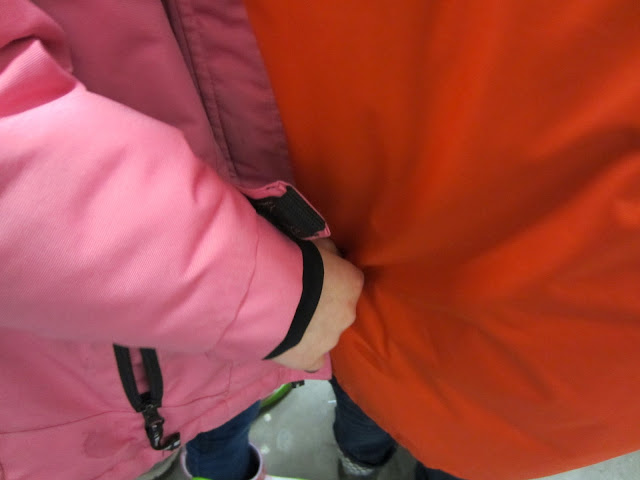 I was invited to come with them on a field trip to our local airport.
Sure!
There are parts of that place that grown-ups are not given access to and so I took "my" two and off we went. 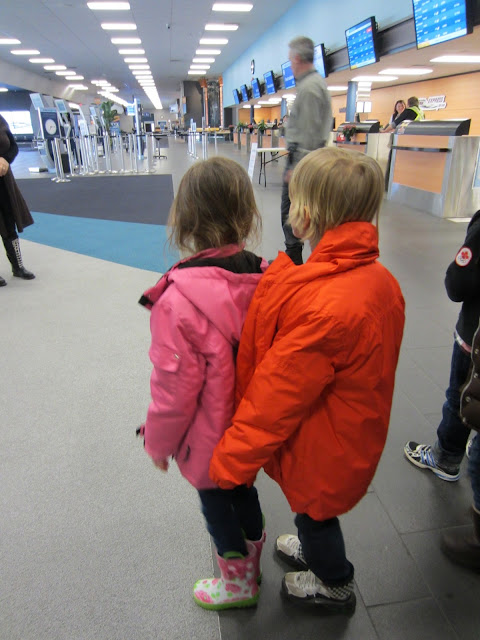 On the way there...
we replayed their favorite silly songs multiple times and each time the same song was funnier than the last time. 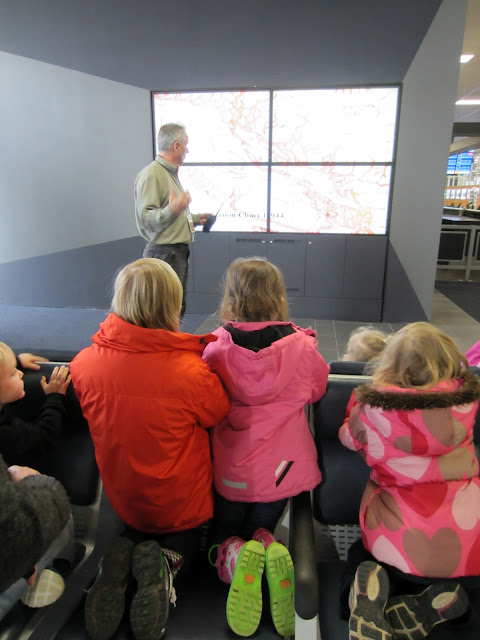 Our tour guide showed a brief slide show in black and white...
which these children would not even know anything about.
I remember black and white photos and remember stories from my parents of this same airport from before I was born. 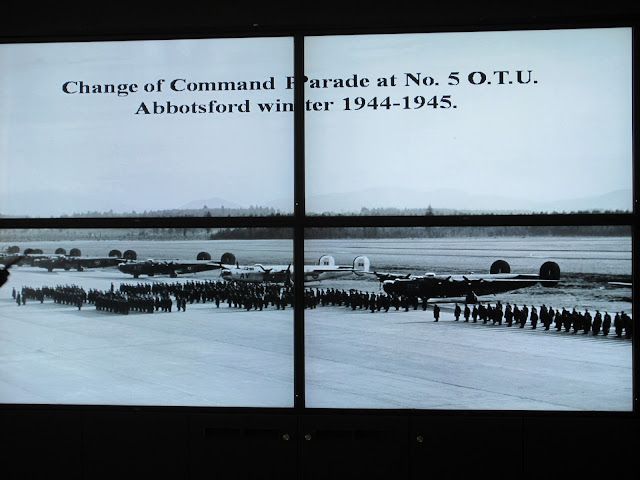 My parents moved to the area the year before the Fraser River flooded in 1948.
That year they were evacuated from their farm and sent to live with other farming families in the old army barracks here at the airport to wait for dry ground. 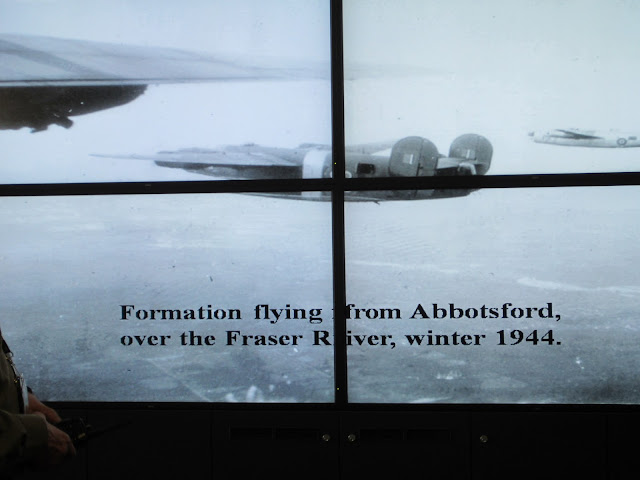 The tour guide kept his stories short to go with the photos since it was all over the heads of these little ones. 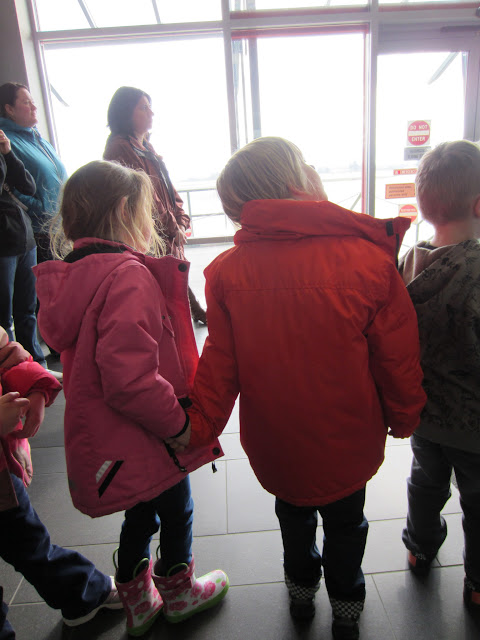 I was fascinated by the lineup that was for the most part fluid except for who was first...and last.
There were two pupils in the middle that stuck together. 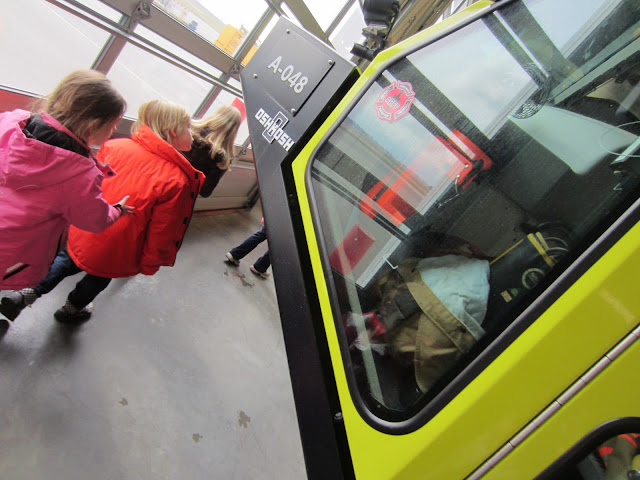 Maybe it was for my sake?
It seemed like it was more for their sake. 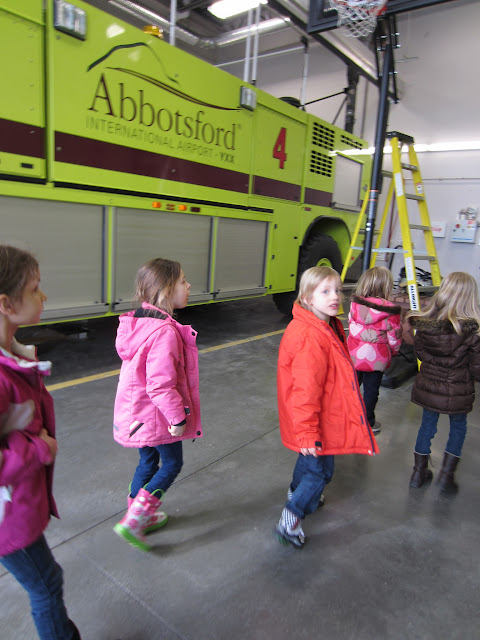 They didn't know why I kept smiling at them...
but they always smiled back. 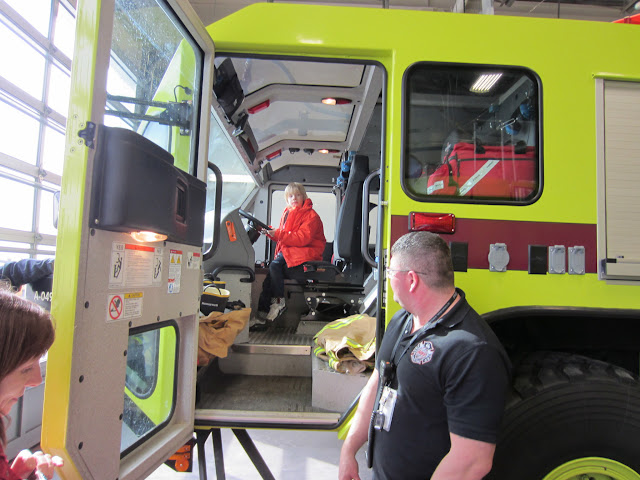 Each pupil was given a moment in the seat of power in the airport fire fighting truck. 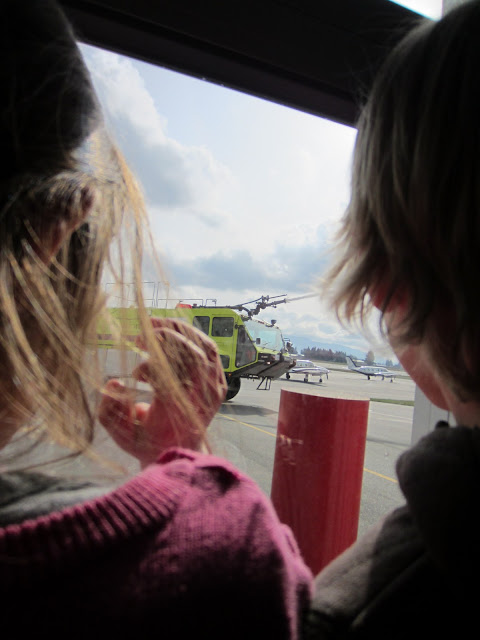 At the end of the tour the firetruck went outside and demonstrated all the places water can squirt from the truck.
The kids loved it.

With the tour over...
I took them back to school.
It was a good thing I had packed a wee picnic for the ride back as they had worked up quite an appetite while we were there.

It was recess when we got back.
I left them to play on the playground...
but not before herding them back there a few times.

They will not always run after me for one more hug...
so that memory is tucked away...
with love,
being a grammie grands