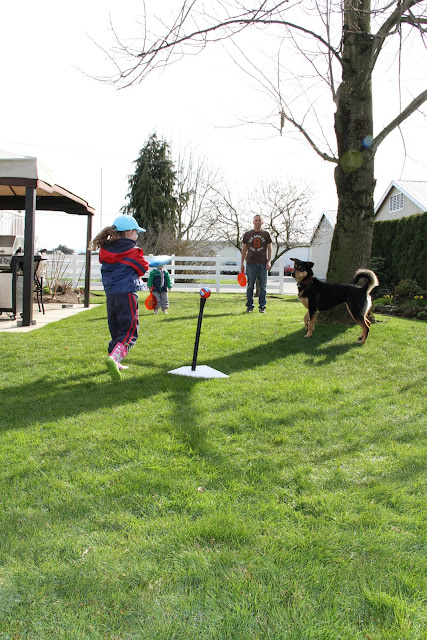 In keeping with the theme of the last few days...
I bring you yesterday's activities.
It was the twosome's turn and we played T ball with terrific enthusiasm. 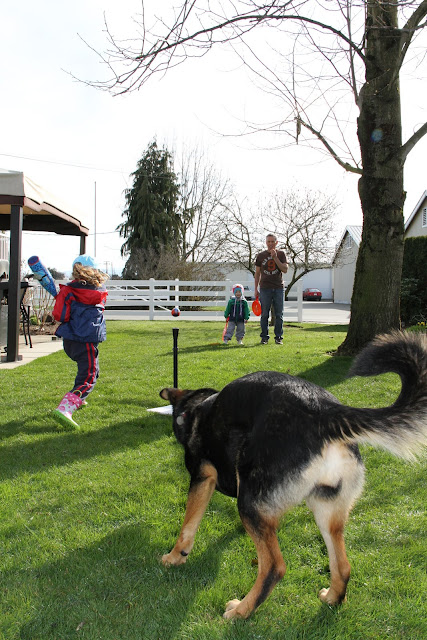 OK...another common theme which I don't need to point out but for the sake of giving credit to the umpire or back catcher or field person or whatever Kobe chooses at the moment...
we'll include her in these shots...
not that I had any choice. 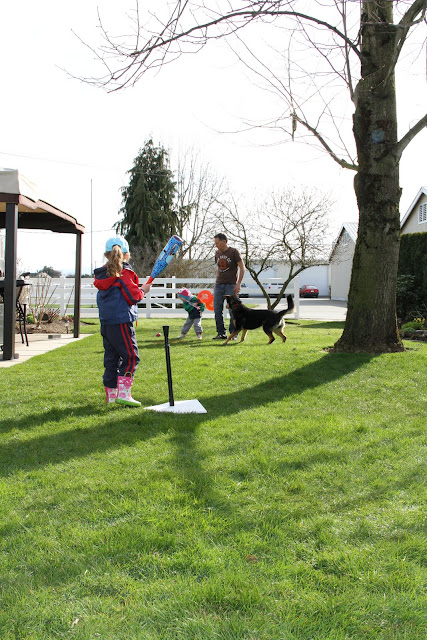 Now and then the ball went sailing and  it was considered a home run by all involved. 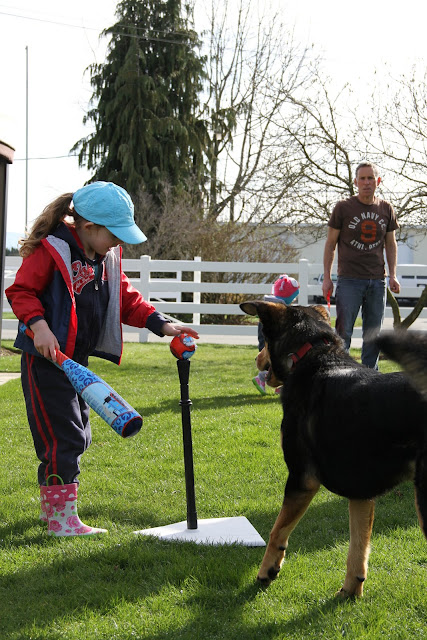 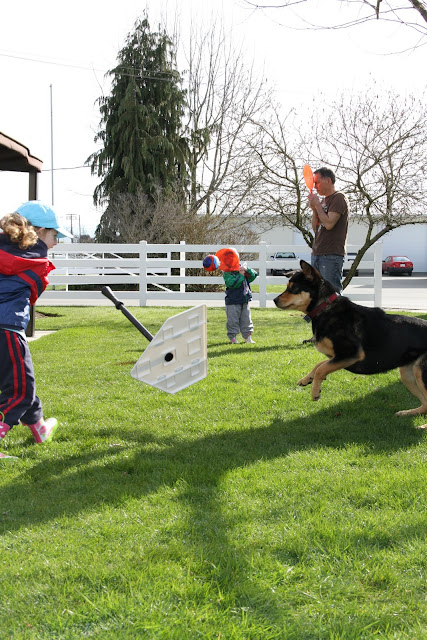 Stand back!
I do. 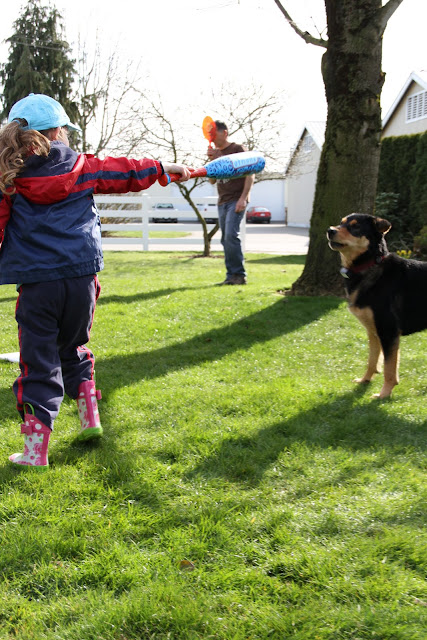 The batter was not fond of being crowded at home base...
and she didn't mind saying so. 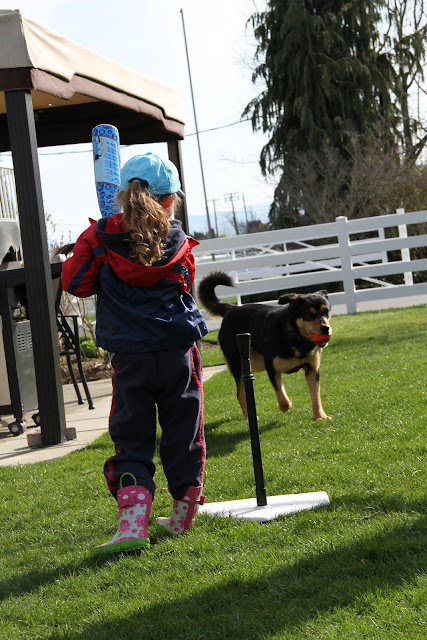 The left fielder brought back the ball and most always dropped it on cue. 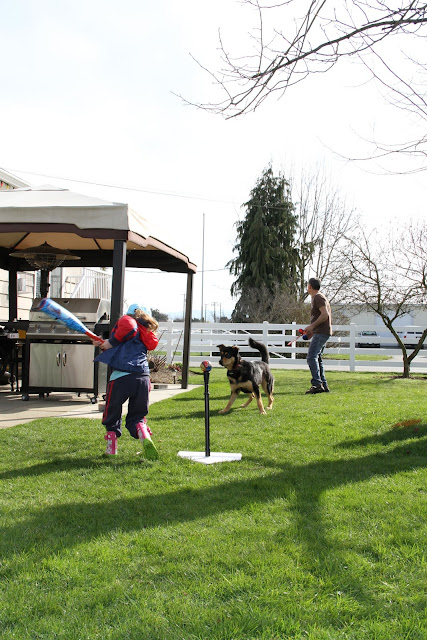 Who really knows who won this inning?
It was a toss up...
for sure. 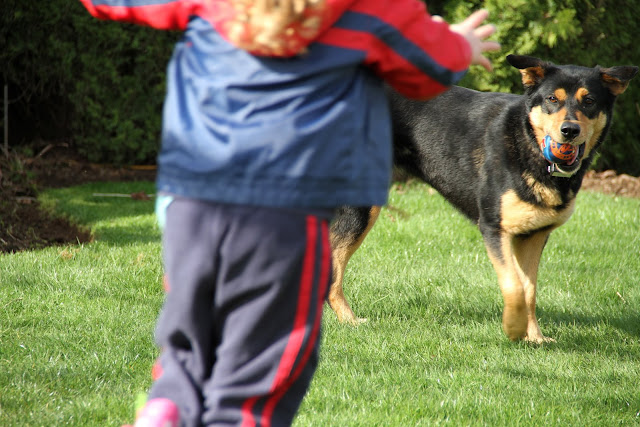 Sometimes...
we knew who won the inning...
and probably the whole game. 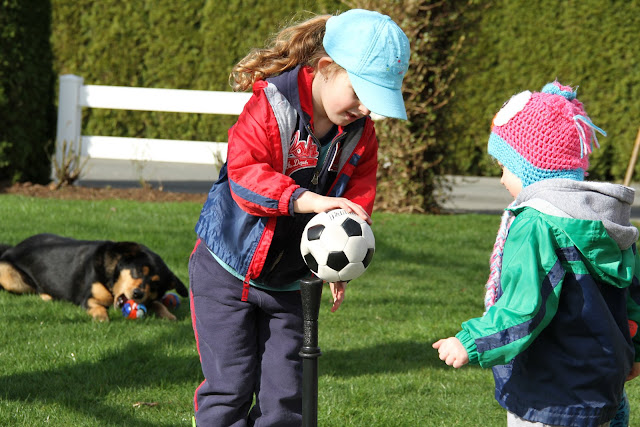 They resorted to using a different ball.
The small soccer ball did not live to see another day.
It wasn't pretty.
I found it laying later in little black and white pentagons. 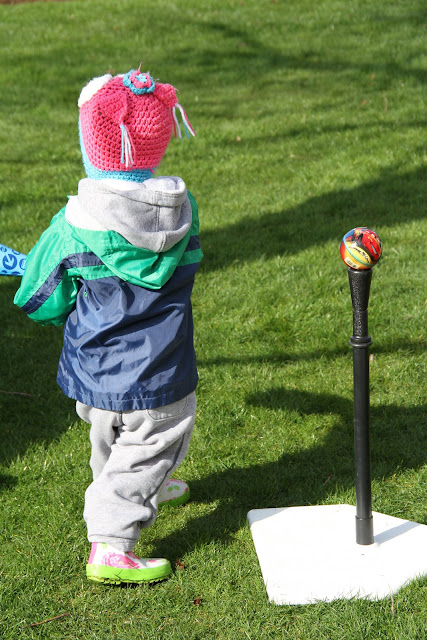 It was so lovely out that we ate our lunch outside and snacks and dessert too. 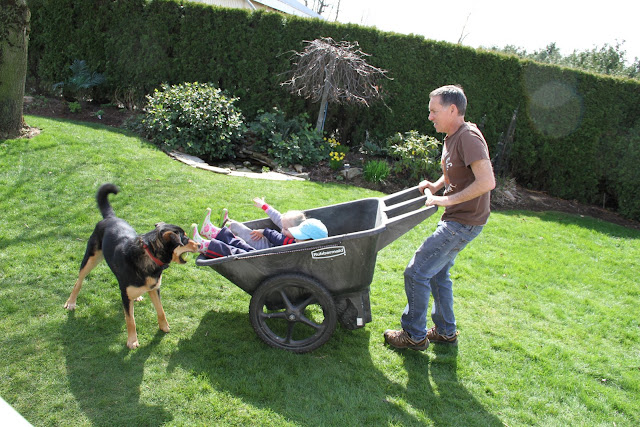 After lunch whilst still waiting for the mowers's arrival...
the wheel barrow was used for entertaining. 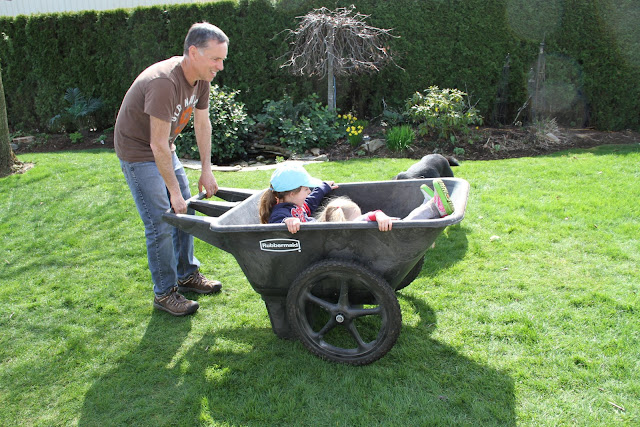 It really could have been considered country style roller coaster for tots.
It went up and down when they least expected. 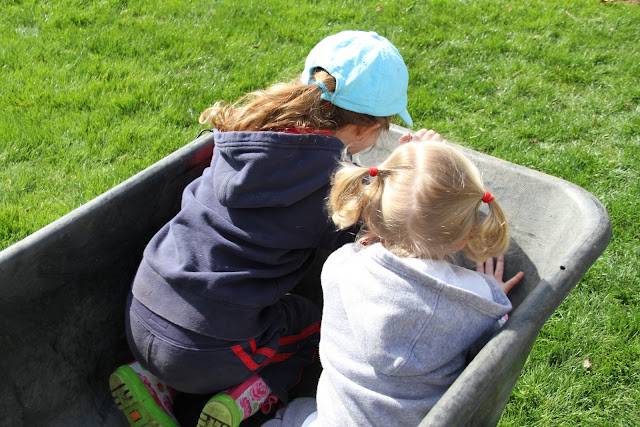 Oh the fun that can be had for free!