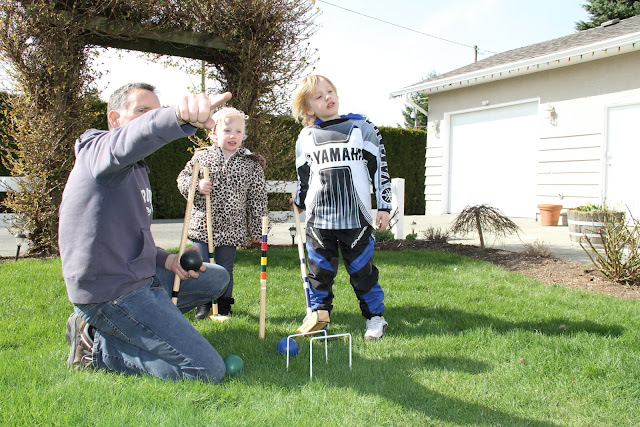 So anyways...
I took the little squirt into the house and snuggled him into his bed.
It took him some time to nod off and while he and I waited...
he sang eieio...many times. 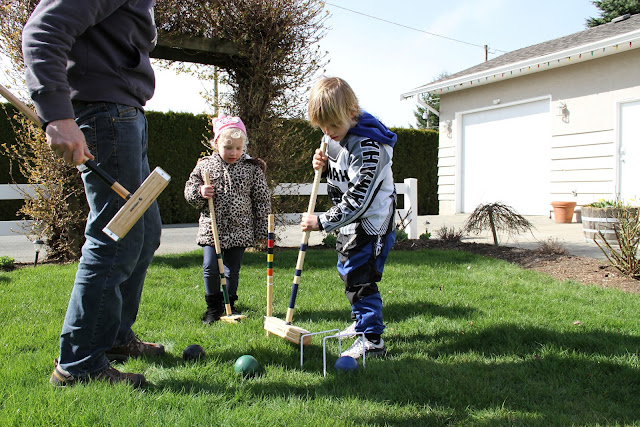 In the meantime a rousing game of Croquet had been set up on the back lawn.
Rules of the game were discussed and debated and once it was agreed that it was just a game...
the mallets were set in motion. 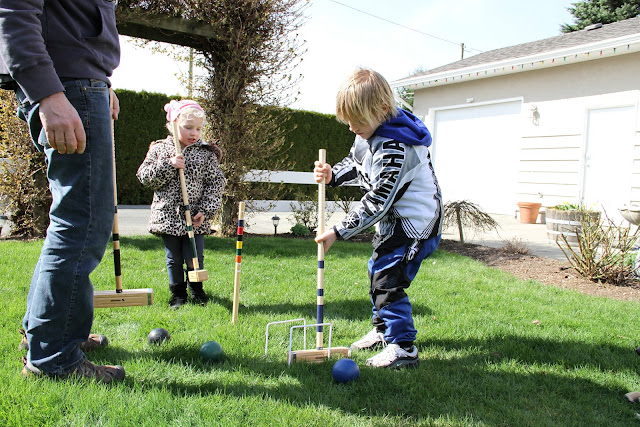 You are wondering about the grass.
yes...the lawn needed to be mowed again already but the John Deere dealership is still sharpening the blade and replacing bearings and what not all.
It will be delivered back to the farm today and shortly there will once again be order. 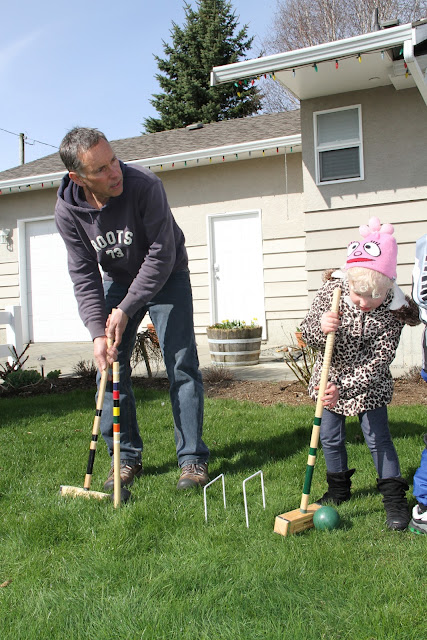 The mallets manoeuvred the ball around the course.
Sometimes the mallet tapped...sometimes it just shuffled the ball along. 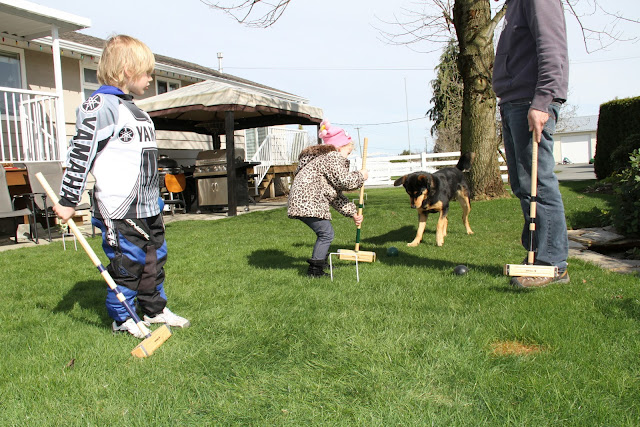 Kobe...thought it was all about her.
She couldn't believe her good fortune to have not one ball to retrieve but several. 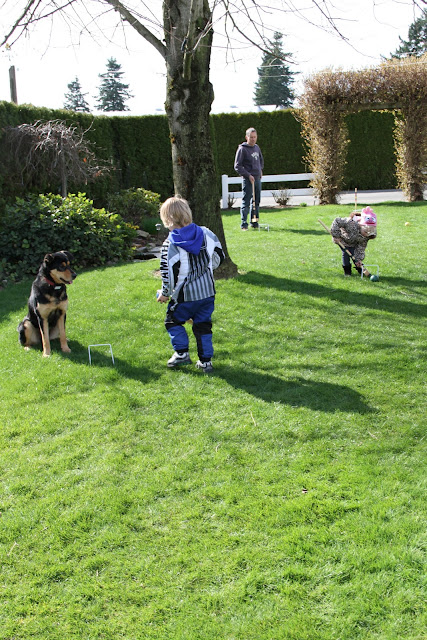 She's so good at patiently waiting for a good tap. 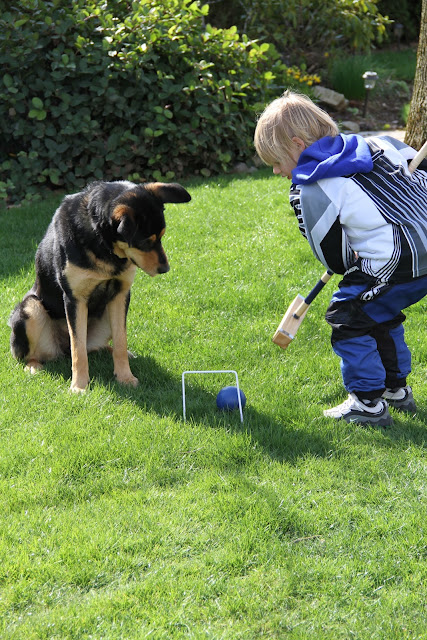 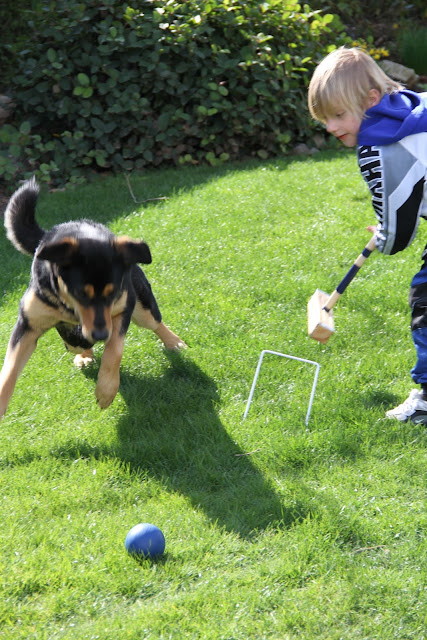 And there she goes.
We might need to implement a golf marker for the upcoming Croquet season. 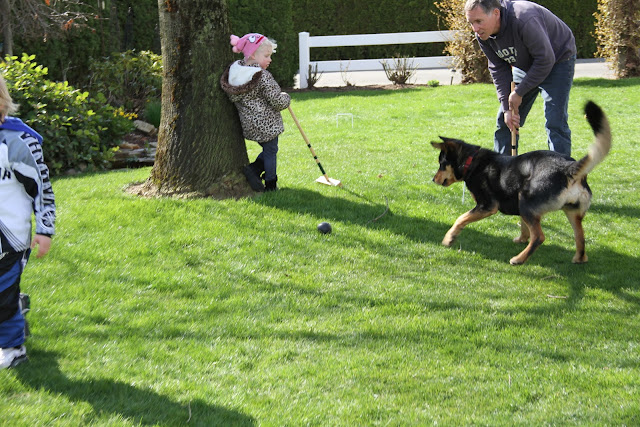 For this particular game it ended up being just fine with the grands since they put their balls back on the grass where they "remembered" it had been captured. 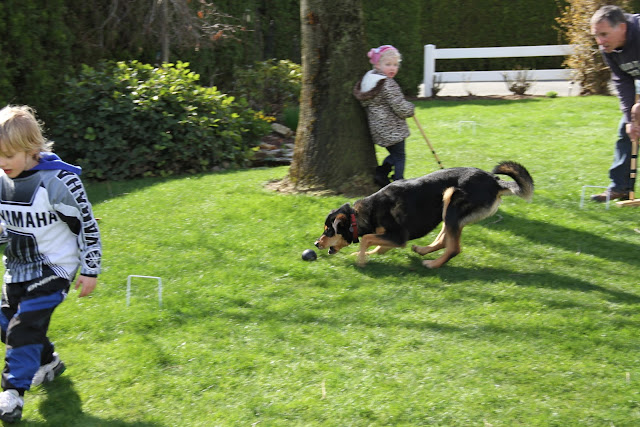 Notice the concentration on the Grandpa's face?
And there goes Kobe..intercepting the ball once again. 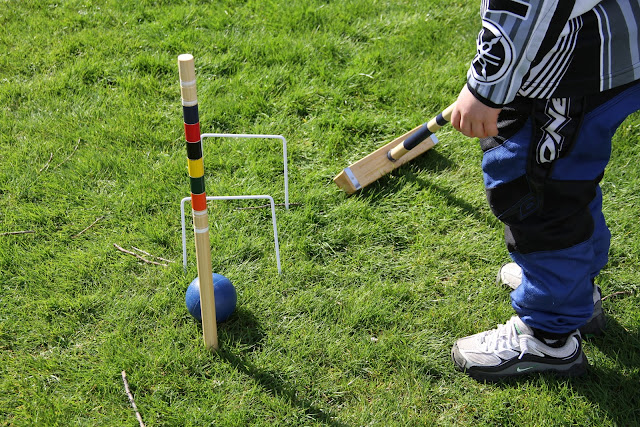 In time...
everyone made it through the course. 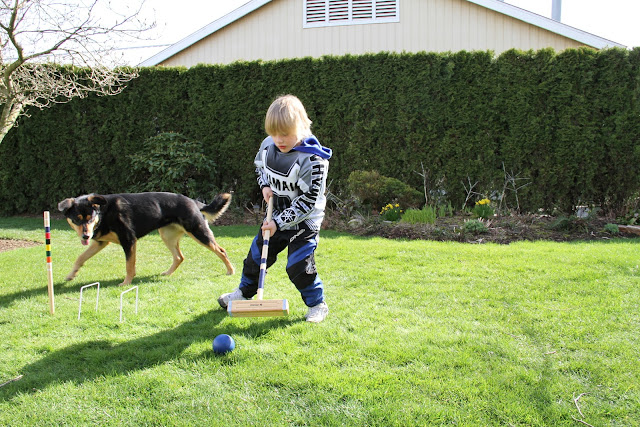 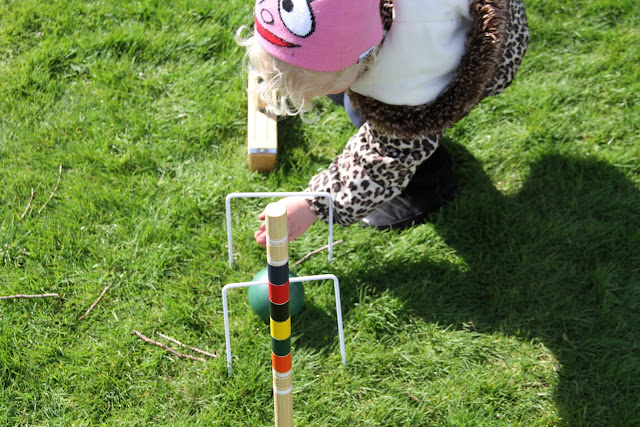 And..
when the mallet did not cooperate..
there was a little help with the other hand.