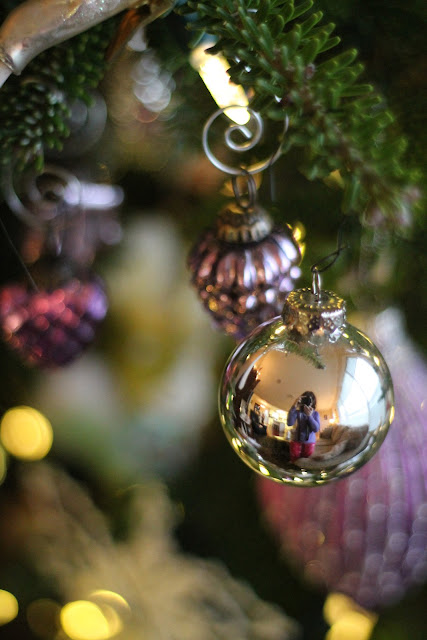 The last time I was a special helper in a kindergarten class was in 1986.
In some ways it was just as I had remembered.
Little children coming into the classroom holding their mommy's hands and blowing kisses goodbye ...
and in some cases...running for one more hug.
Her Daddy did the same thing.

I was invited by Grandgirlie to come help in her class.
She was the special helper of the day and was allowed to bring a lucky person to visit.
Who would say no?
I was doubly blessed because the lil' farm hand is in the same class.


I kept tearing up.
Is that normal?
It probably is for a "Grammie".


As I watched them practice their Christmas program for the rest home..
I was back in the place where those same verses were recited and the same songs were sung.
I was mesmerized by the teacher.
She had such a calm and peaceful way about her.
It reminded me of our children's kindergarten teacher..
and the memories of that time flooded back again.

As soon as  I got home...
my beloved announced he was taking me out for lunch...
he wanted all the details.

I told him about the program they were practicing..
of the Christmas story.

Little girls gracefully signing the lyrics while  the melody of "Mary did you know?"..
accompanied them softly.
Little boys with their cookie tin drums...
marching in a circle while Little Drummer boy...
told the best story ever told.

I told him how when Grandgirlie sat in the special small chair beside the teacher and answered various enquires from the class...
she answered the question of which was her best present for her recent birthday by responding...
my doll house (which she then looked over at me with a grin).

I told him how when I accompanied the special helper and her assistant to deliver the attendance to the school office...
they marched right in...
dropped the attendance record on the desk...
picked up the tiny tongs and plucked a jelly bean from the jar.

On the way back to the class..
I asked if they were not going to pop it in their mouth.
They looked at me as though I was tempting them and that wasn't nice...
their response..."we are not allowed...it goes in our lunch bag to take home".
Okay...  such discipline...I never knew.

I told him how when they had prayer time...
little heads were bowed and hands went up and one sweet heart prayed...
that Jesus would help her brother with his "silly" cough.

One day they might be blessed enough to visit  their grandchildren in kindergarten.
Some things will change...
but the things that matter most..
will always be.