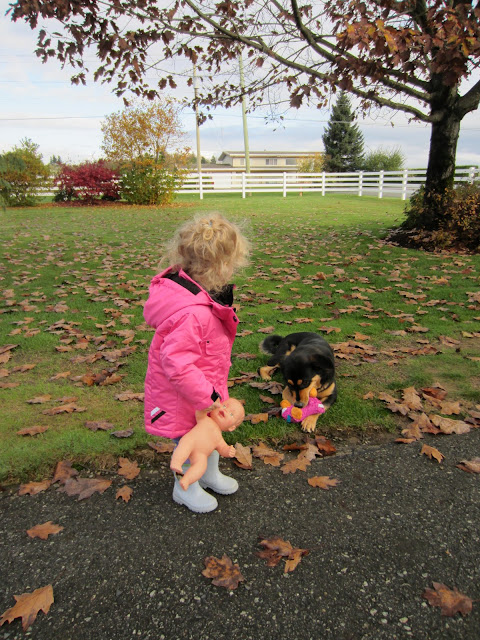 We just celebrated Kobe's birthday.
There was no party....but the color of the day was in fact PINK.
We gave her a dog treat and gave her a new toy..
and played outside. 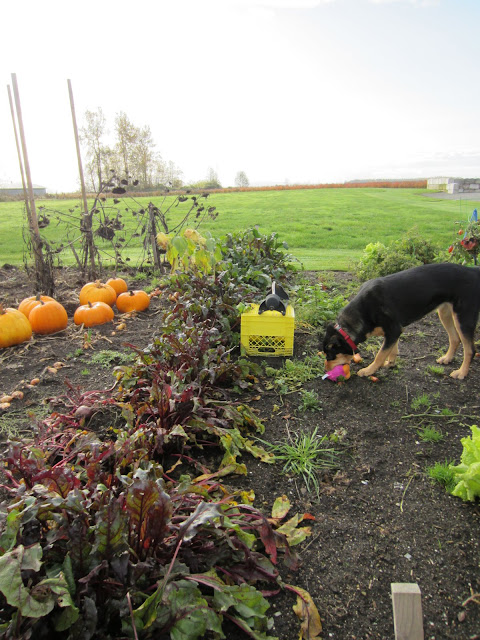 We've had dogs for many years but we've never had one like Kobe.
She is one of a kind.
She appreciates toys and rarely is seen walking or sitting without one in her mouth. 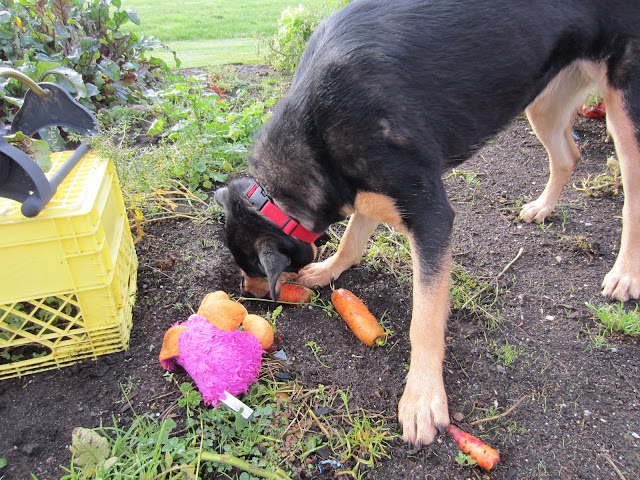 We were told she loves vegetables..
but we didn't realize how much until we noticed her going and picking her own  carrot. 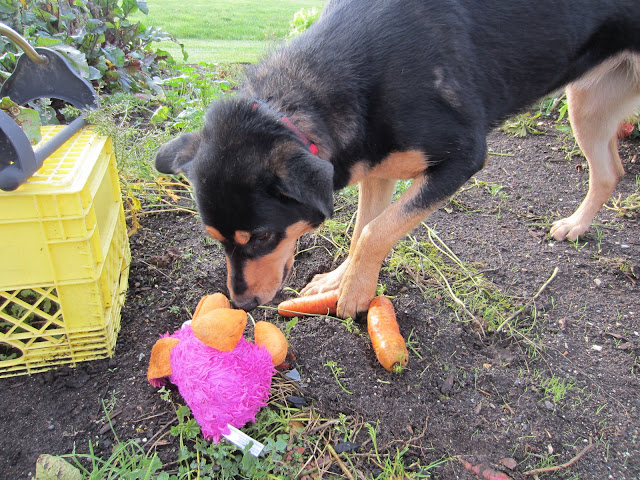 She'll tug one or two out with her teeth, nudge it out with her paw and sit down right there to crunch on her carrot. 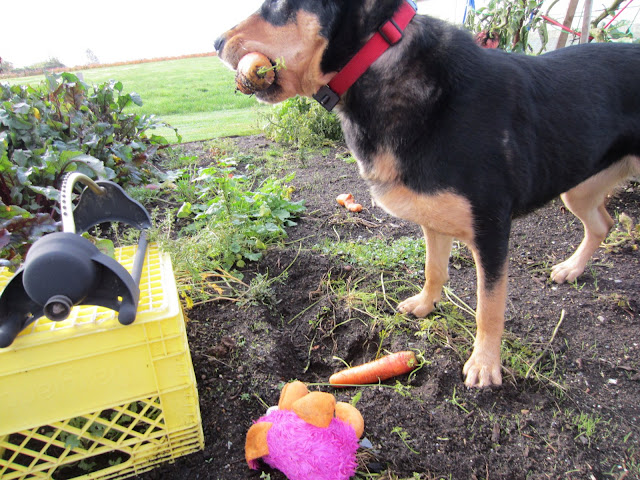 She doesn't realize that I like those carrots for my soups...
but fresh out of the garden...
who can blame her and what choice do we have? 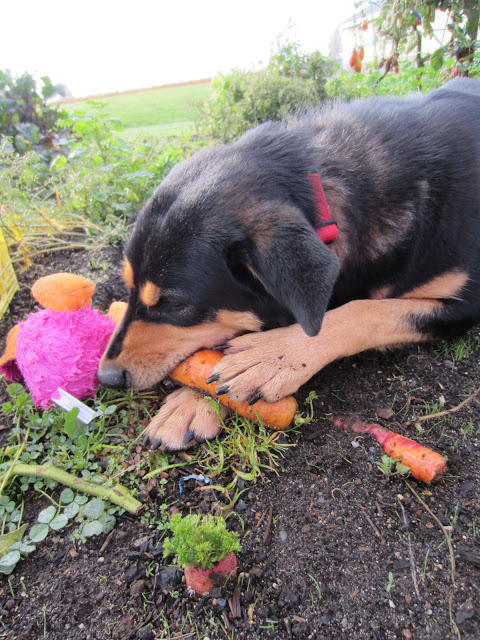 That is how she holds it. 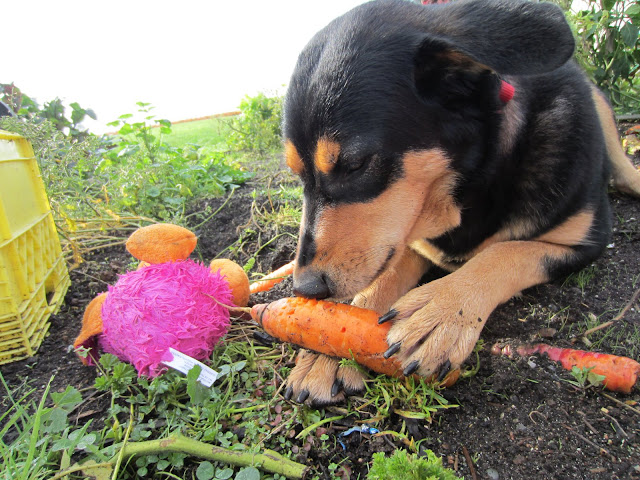 And then...she proceeds to grate it. 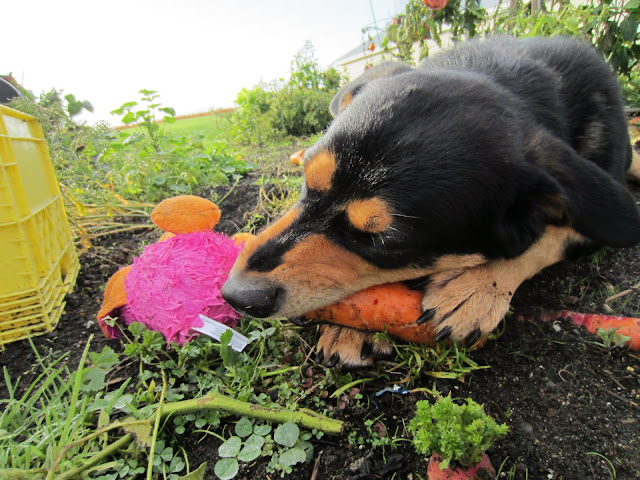 Patiently.
It will last her quite a long time. She will work around that carrot until it is munched down.
Orange vegetables are good for you.