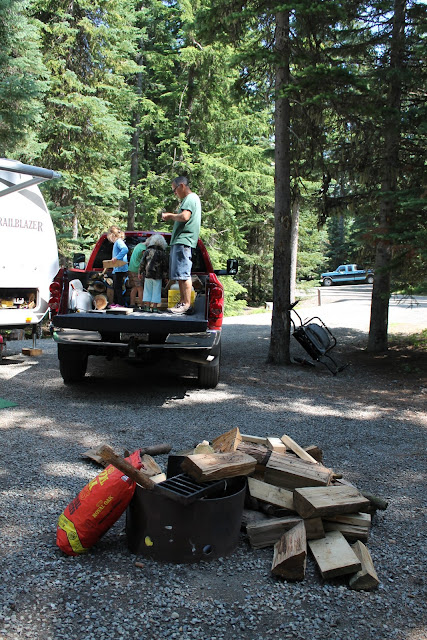 It is good to be back.
We had our annual camping trip to Manning Park which is situated near the Canada/US border in British Columbia.

In the previous two years my beloved and I went ahead to set up camp and then had the oldest grands join us for a few days. 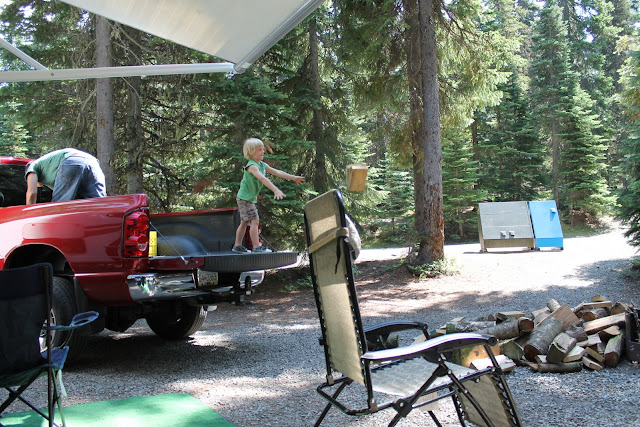 This year we decided to pick them up on our way out of the valley and let them help us set up camp. 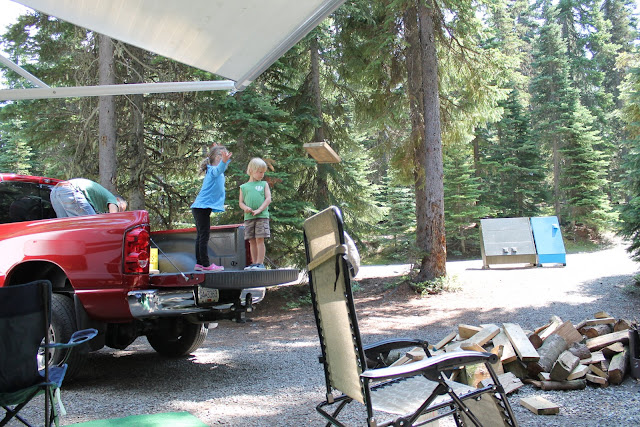 In the spirit of the Olympics they enjoyed the first of many competitions.
The wood toss was a toss up.
From the spectators booth I oohed and awed and declared a a tie. 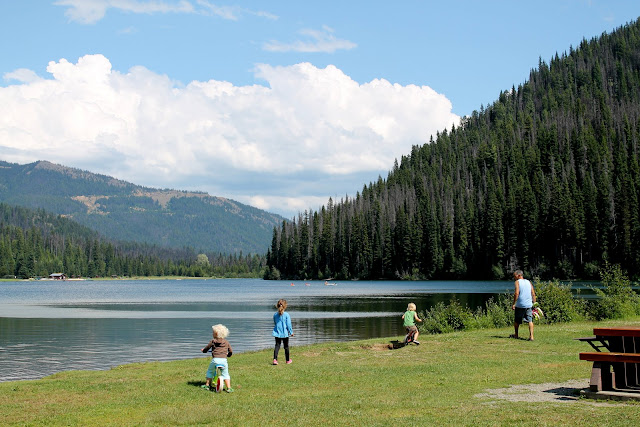 As soon as camp was set up they grabbed their run bikes and we went down to the lake to test the water. 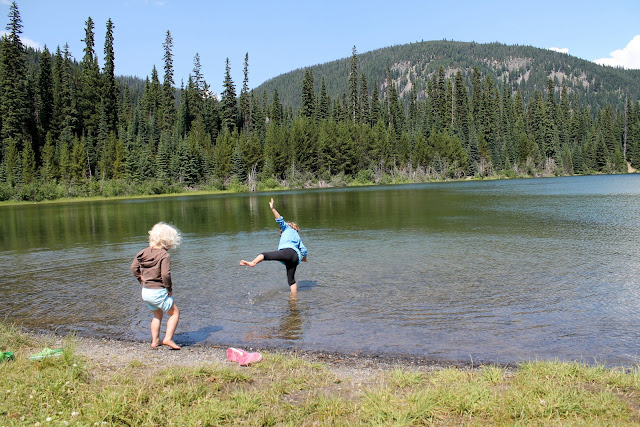 We had sneak peeks at various techniques. 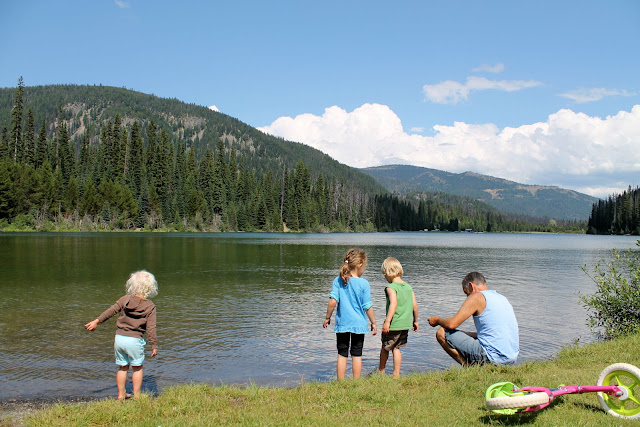 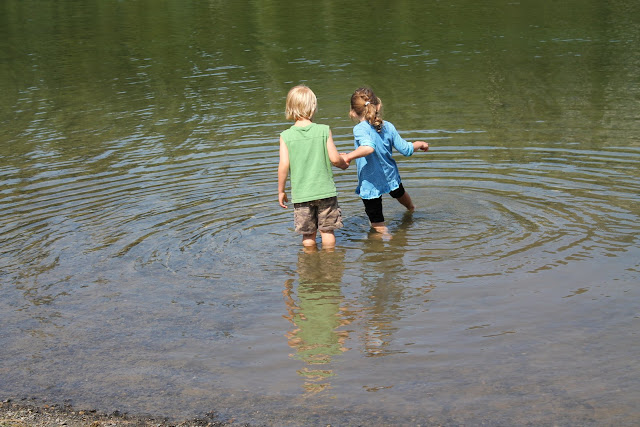 teams were picked and the third annual grand camping get away was declared open.