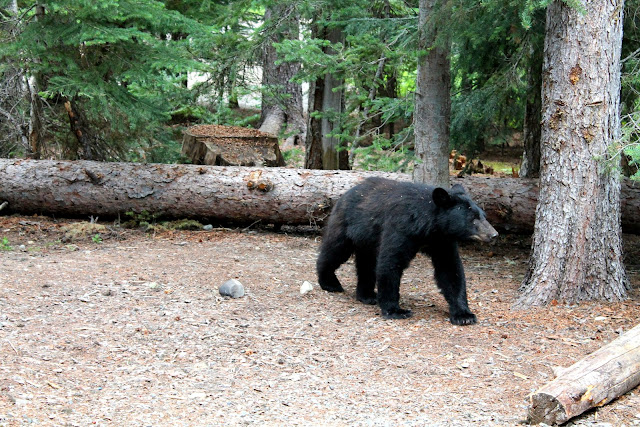 The day after the grands were safely delivered back to their parents we settled into a very relaxing routine in camp.
My beloved would mean to go out early in the morning to fish but somehow we would sleep in and his boat only found water in the afternoons. 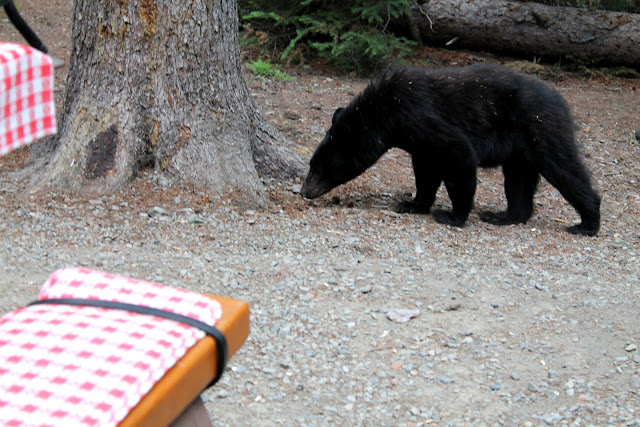 One afternoon he sauntered back with a smile and said he had seen a bear close to the water.
He knows how I love bear sightings...from a safe distance. 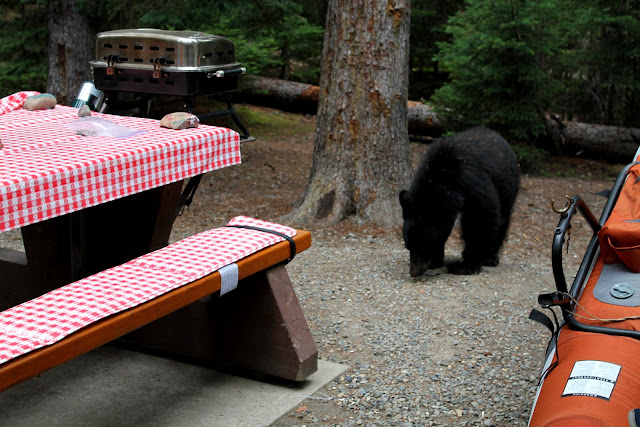 The next day we heard some pots clanging not too far from us and sure enough while we were sitting and reading the bear found us. 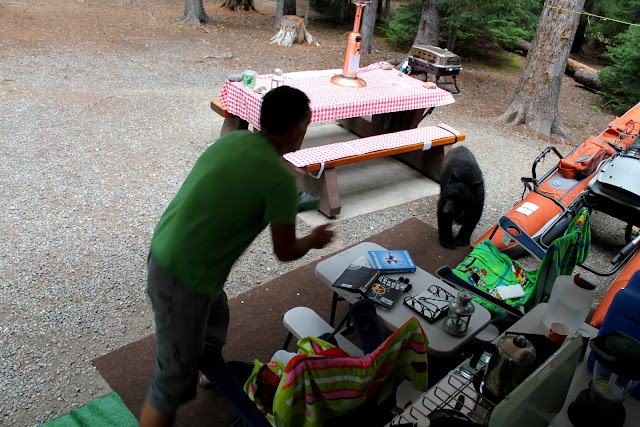 He was not afraid at all.
I ran into the trailer and stuck my head out the door with my pots and started clanging like a crazy lady.
My beloved was standing on the ground and claimed even days later he had a ringing in his ears from the pot clanging I gave the bear.

The bear...
was unmoved.


I gave my beloved the pots and he did some clanging himself.
The bear turned around but then stopped at the barbecue to check to see what was for lunch. 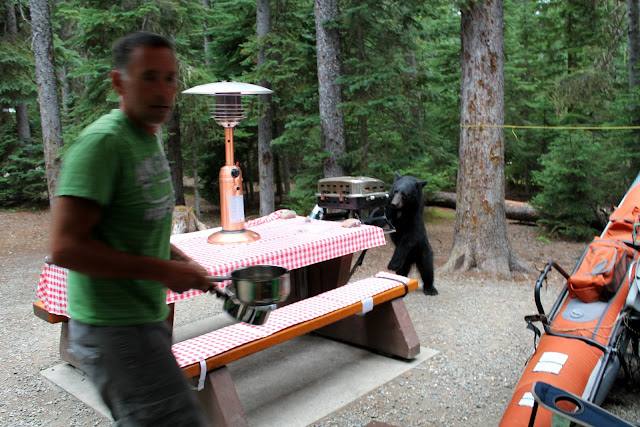 A few years ago we were hiking on a very vegetative path and I started to get nervous and wondered aloud what we would do if we could come across a bear.  The path had no where to escape and so we decided to head back and purchased a $40 can of bear spray before we went on our next hike.

The bear spray is always kept in our back pack and so while he was clanging pots with no effect I brought out the bear spray and the pots were replaced. 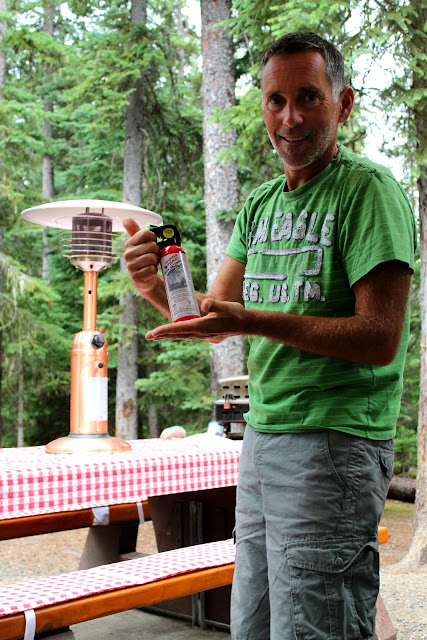 Finally...he had a reason to remove that safety and as the bear came around the far side of the table and towards us the bear spray was administered according to directions and since I was breathing quite deeply right behind him...
I sucked in my portion of the spray and along with the bear...
became sure I didn't want to be on the wrong end of a riot anytime soon. 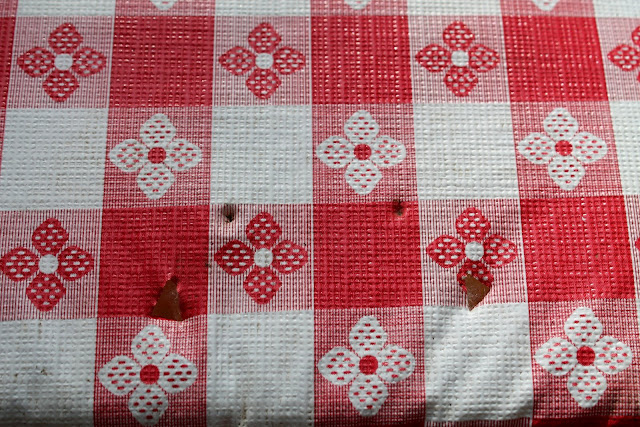 The bear...
hightailed it out of there....
but not before he left his signature on the seat cushion.

The camp operators arrived soon after and we handed him the bear spray as the bear was not yet convinced to leave the camp.

Last we heard there was a bear spotted crossing the freeway and heading up the mountain.

We hope we saved that beautiful bear.  Bear spray is not pleasant but if the bear understands that human contact is dangerous...he will avoid something much worse...
a bullet.