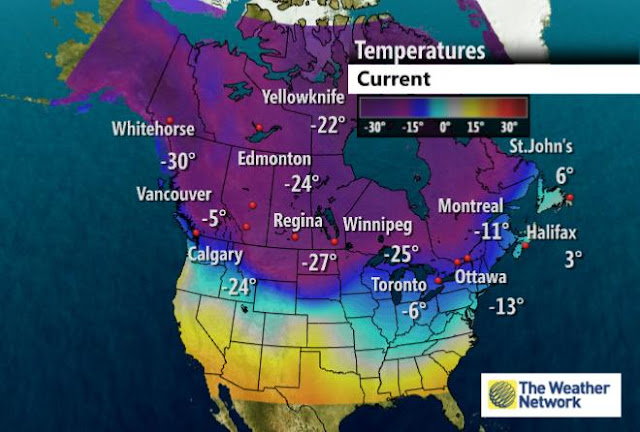 Thanks to the Weather Network for the image.
I just had to share this weather map with you of Canada and the US.
It is not often that all of Canada is freezing.
It looks like Nova Scotia and Newfoundland alone are above freezing.
Kathie...is it freezing in PEI too?

By tomorrow....
the Fraser Valley should be above freezing temperatures ...
and by next week....
we'll be wondering about flooding from the rain which they are forecasting. 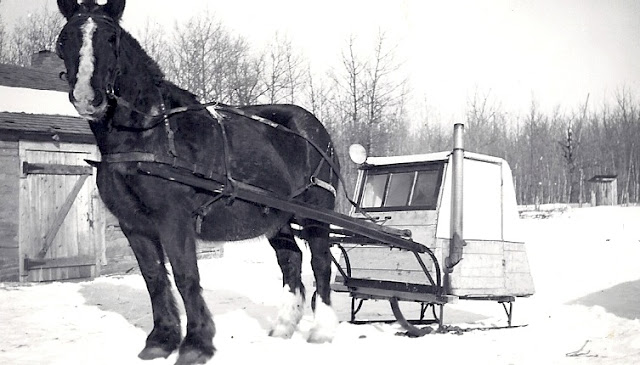 I've been thinking about my parents and the modes of transportation they used during the winter months when they first got married in the early 40's.
For the first years of their marriage...
they lived in Glenbush Saskatchewan.
My Mom told stories of having to ride in this heated sleigh.
She would get terribly "car" sick and was so happy for the summer months when they could ride in open buggies. 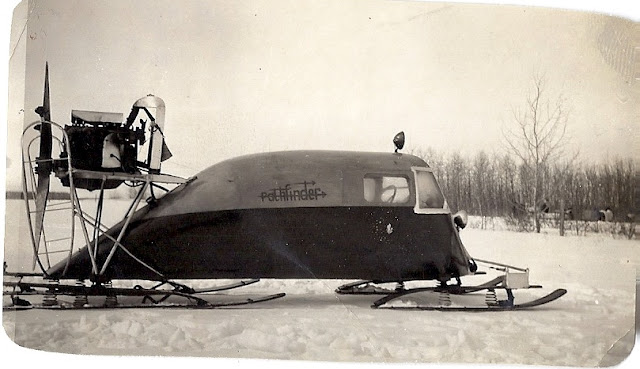 I also found this photo in the album.
I have no idea if they just took a picture of it or if they actually travelled in it.
I did smile to think that the Pathfinder Snowmobile has been around for decades. 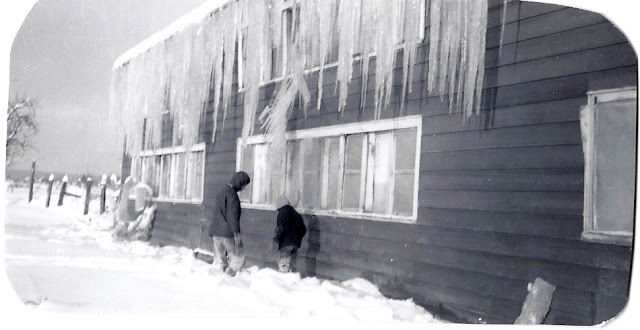 In the late 40's my parents  moved to the Fraser Valley in British Columbia with their oldest two sons.
Our memories remember the worst winters and probably overlook the winters that were unremarkable.
It seems to me that every winter had snow and skating ponds and yet I am sure there were plenty of winters that were dreary and rainy.

Here I am with my brother Gerry beside the broiler chicken barn.
From the long icicles (which indicates the barn was warm inside) ...
I am thinking this must have been the winter that my Dad needed to have the driveway opened by the Department of Highways so that we could ship the birds.
(I keep thinking that I wouldn't be allowing the grands to be playing under those icy spikes.)

I can still recall his gratitude that they did this for him.
We didn't own a tractor and those trucks needed to get into the yard.

I'm wondering if I would remember it as clearly had my Dad not prayed for a solution and then been so thankful that God provided for the need.