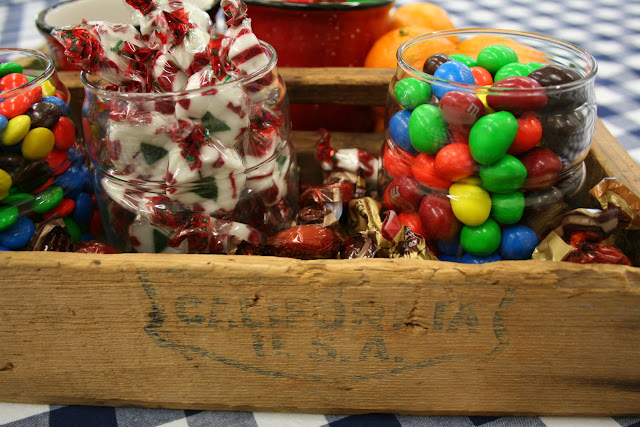 Do you all try to pawn off your leftover Christmas treats after Christmas?
I took out our candy and a tray of cookies and only still hoarded the Nanaimo Bars that I am ashamed to say our own children don't  didn't even know I made. 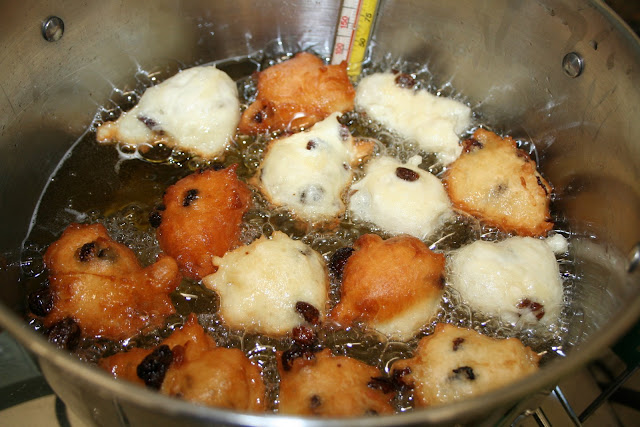 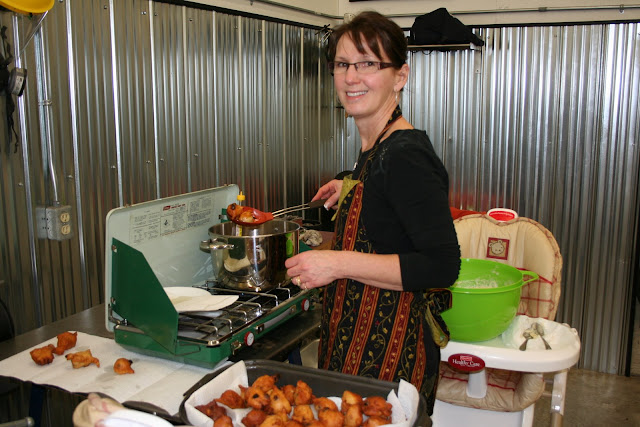 Yes...
I wouldn't want to fry that many Portzelky in the house.
My beloved claimed the next day it still smelled (I think in a good way) in his shop.
I wouldn't have wanted the little ones to be sitting in the high chairs while I needed them before they arrived.

The dough holding chair could have been most entertaining.

See the paper towel bearing a few odd Portzelky on the left side of the camp stove? 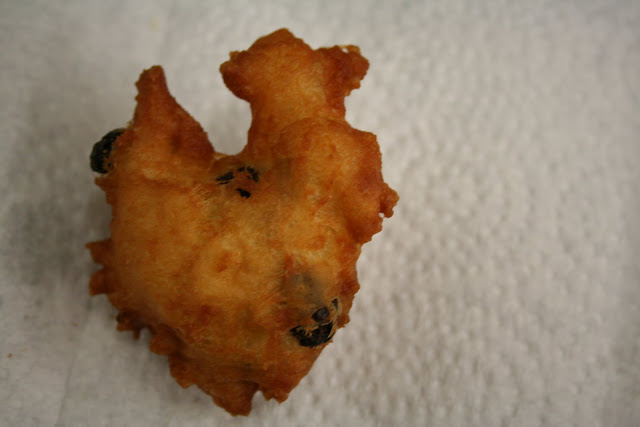 That is where I kept my special shaped Portzelky.
This one was my best.
A chicken...
in case you can't tell. 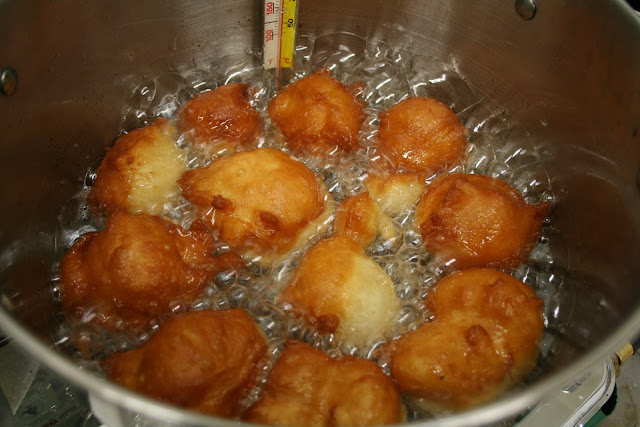 Do you all have picky relatives?
I do..and needed to make some raisinless Portzelky for them.
I fought it for years and just decided it was easier to appease them and I admit they were fluffy little fritters. 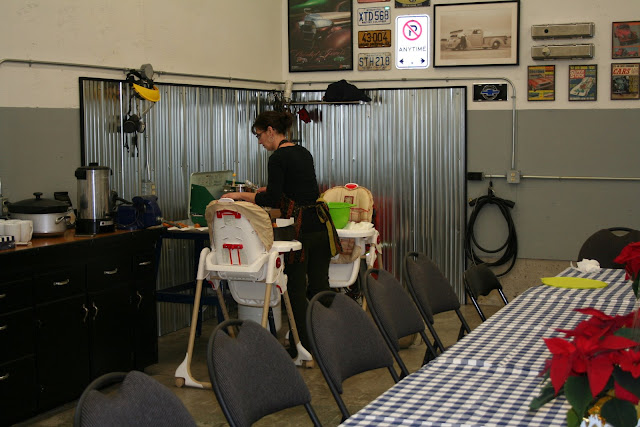 My beloved offered me up his welding visor  with a full face shield hanging on the wall.
See it there?  It has the yellow brim.
He was offering to help me with blog material.
I had no time to play silly games. 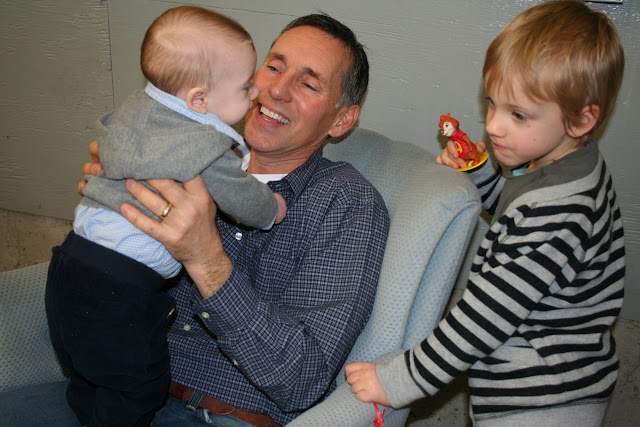 By today..
Little Oh has likely had his first people food.
He  watched his Grandpa eat that Portzelky and reached for it and when the last bite was popped in Grandpa's mouth...he actually cried.
He had sprouted his first tooth the night before and felt ready. 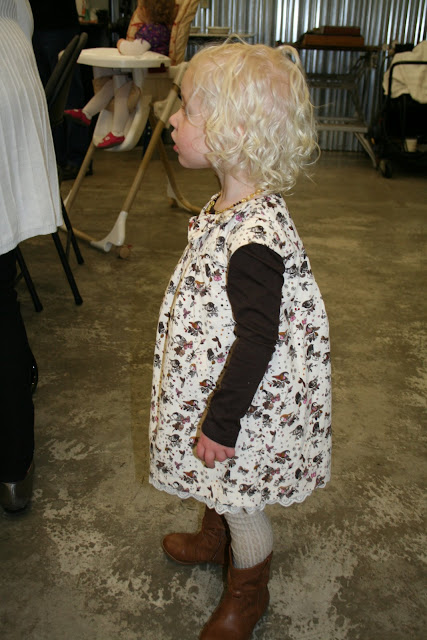 I had to put a picture on of Kanneloni Macaroni.
She hurried over to me pointing out she was wearing "cows".
It took me a moment to find them...
and sure enough she was. 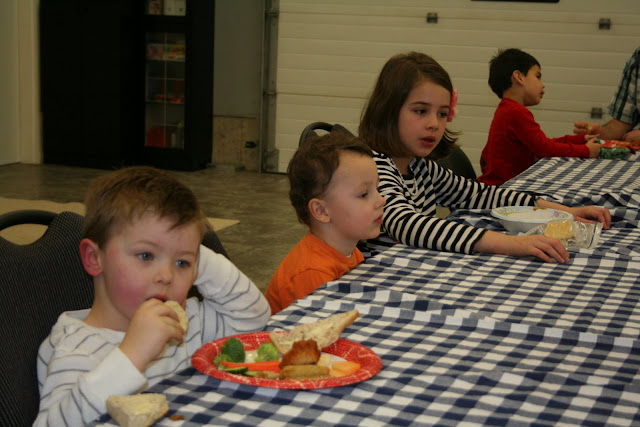 The kids all had a ball.
There was two gradeschoolers...
and nine preschoolers. 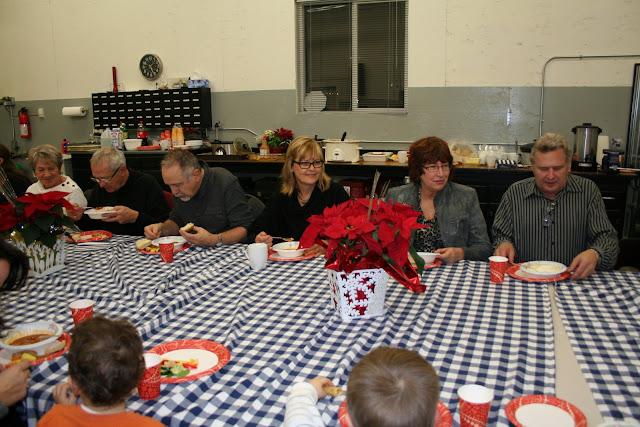 The kids somehow all sat on one side...
Grandparents all across and the middle generation sat on the two ends and basically hardly had time to sit.

(photo above)
My three brothers and sister in laws....
love those folks! 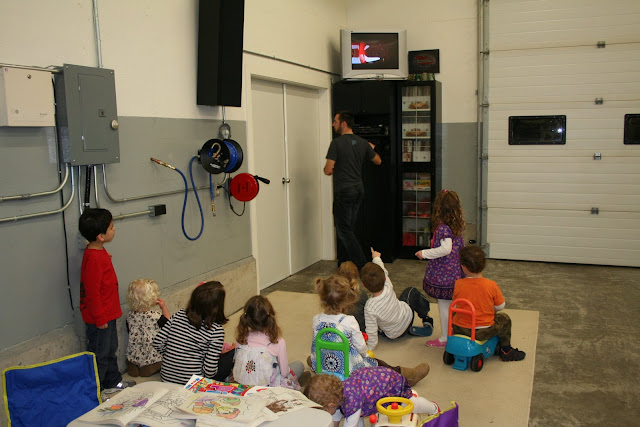 Last year we had a bouncy castle for them to jump their excess energy away but that only added to their energy.  We decided to put on a video for them.
They sat still for at least a full minute. 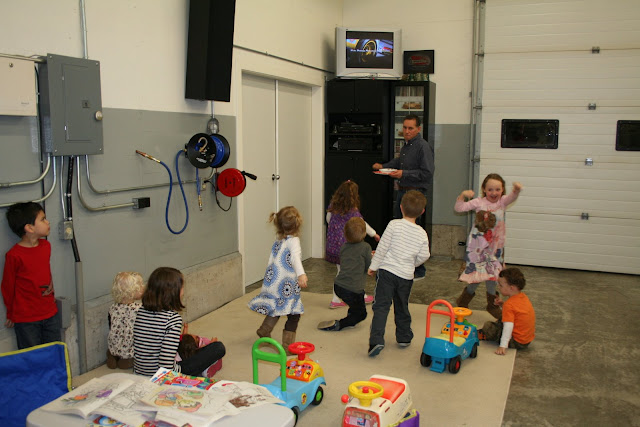 And then...they carried on with their original plan.

My only regret?
I wished I had lined them all up against the wall for a lineup photo.
Remind me next year...
okay?