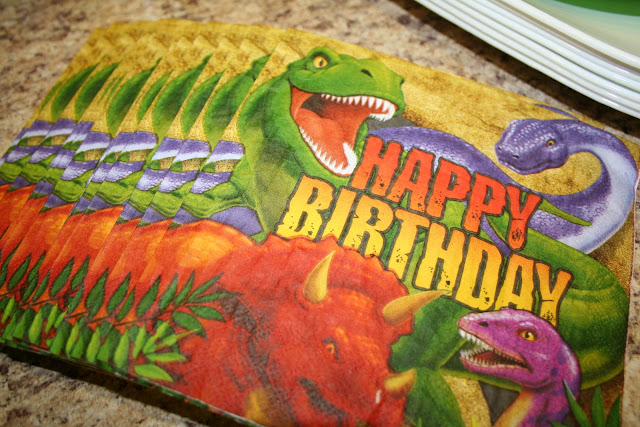 The most important thing that happened this weekend was a party to celebrate the lil' farm hands 4th birthday.
The flu picked this date as well. .
and when we arrived the party boy was laying on the couch and was not able to smile. .
one bit.

OH . ..so sad.  I felt sick myself just thinking about it.
It did give me a pause of thought though and felt so thankful that he does not need to lay on the couch most every other day of the year.

I silently celebrated his overall good health  and thanked God for healthy children that have energy to spare. 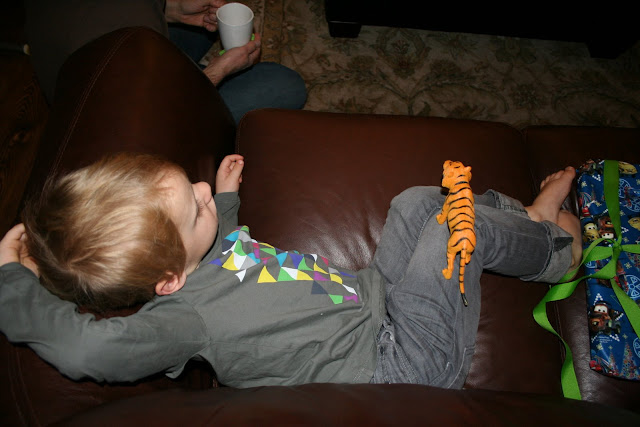 He was not lonely on the couch. . .
he had his Grandpa close by. .
and that made me smile too. 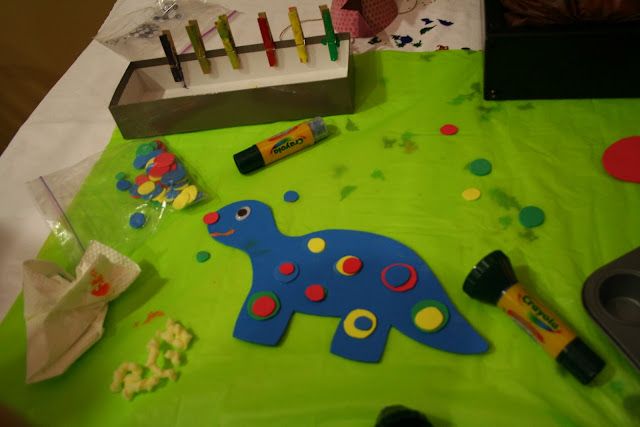 His mommy being very creative . ..
had his theme party inclusive of a craft.
After some debate whether the craft should go ahead. .
Grandgirlie encouraged that it should and she glued and painted and produced a fine specimen to take home. 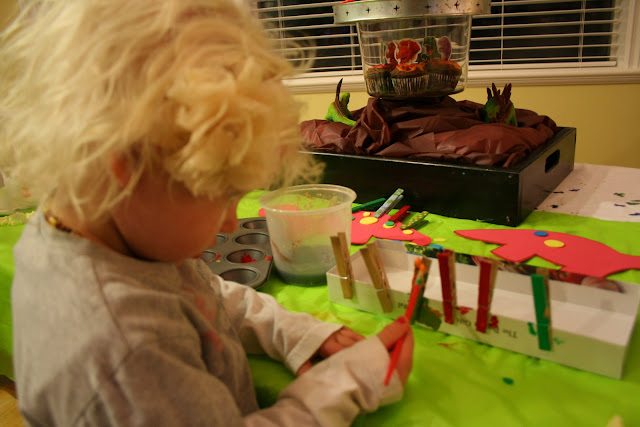 Kanneloni Macaroni kept a steady hand on her spikes for her dinosaaur.
Such concentration with vibrant results! 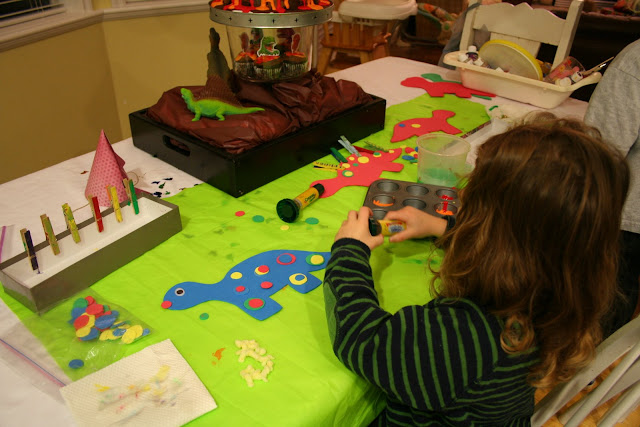 So. ..there were the two girl cousins. .
crafting.

I hope they enjoy crafting together in years to come. 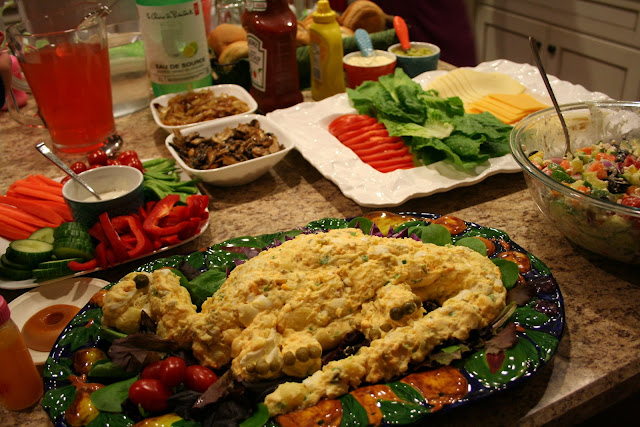 What did Grammie contribute you wonder?
I brought a dinosaur potato salad.

I suggested that they do a contest to see which dinosaur species it was.
What they saw....is what it was. 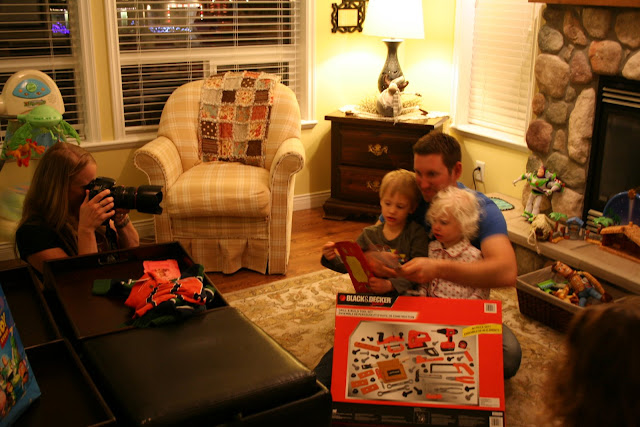 After his guests had eaten their fill....
he gathered the umph to open his gifts.
With hardly a smile to judge if we had chosen well. .
it was a relief to know that the next day he was carting his tools around in a sheet.
Grandpa. .is going to buy him a toolbox  today.  :) 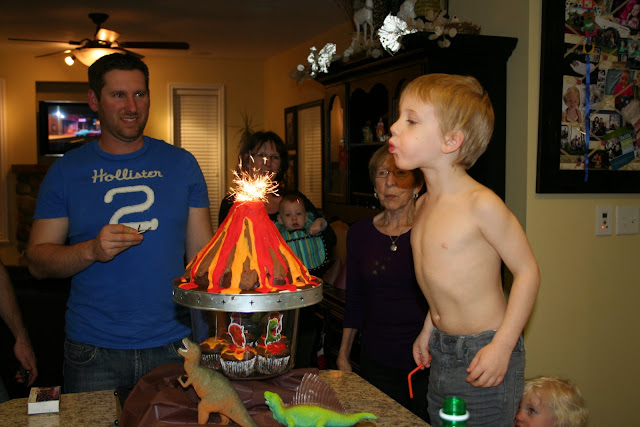 Later . ..he huffed and puffed and blew his volcano out. .
and we ate his cake.

His real birthday is not yet for a few days ..
and I am glad that his flu at least is a thing of the past.