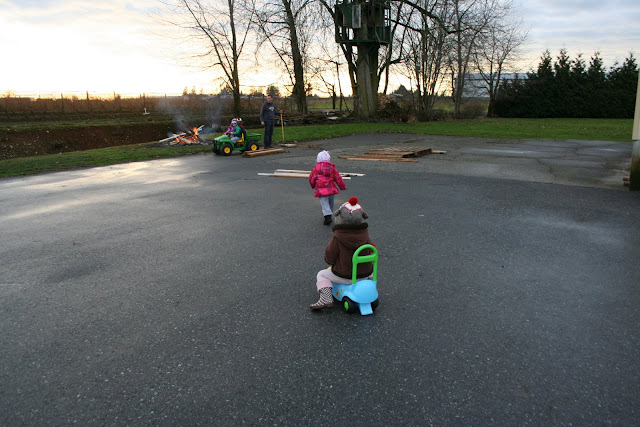 After a hearty lunch of "Reindeer Bowties" Grandpa took the oldest two outside while I convinced Kanneloni Macaroni it would be to her advantage to stay inside with me while Little Miss Muffet napped.
I wondered if she would forget about going outside but the moment we heard chatting in the bedroom...
she was heading for her boots.
When we came around the corner of the barn...
there was Grandgirlie taking  the lil' farm hand for a ride on the "alligator". 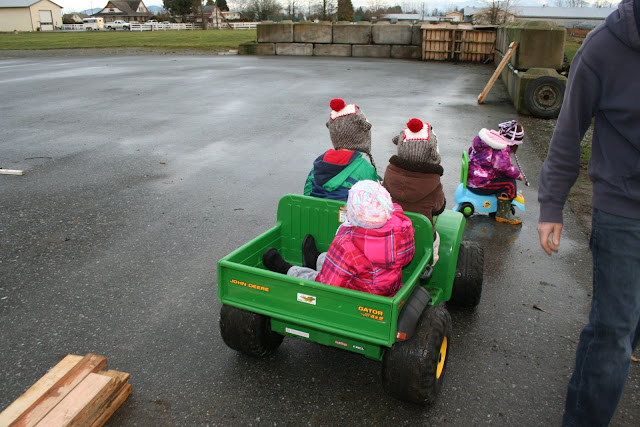 Seats were swapped and the Gator was stretched to the brink of exhaustion. 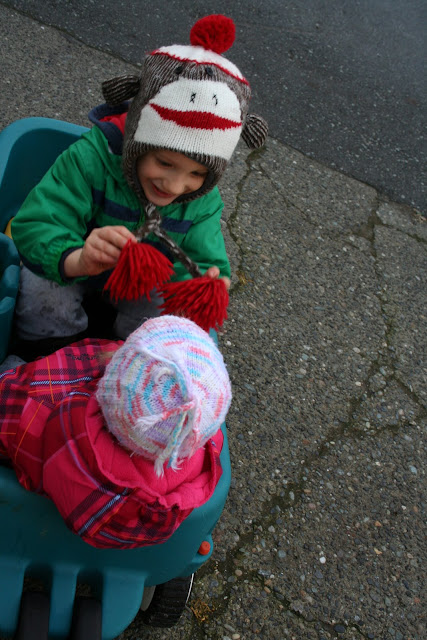 The wagon which I bought at a yard sale has been around the farm a few times.
It doubles as a "container" and my entertainer did a fantastic job of producing giggles. 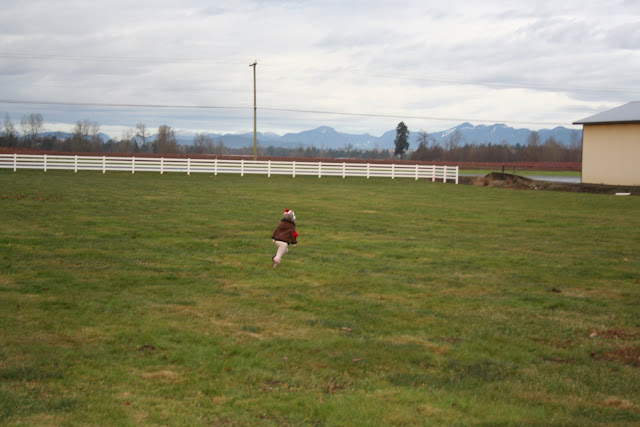 The horses next door were not in their fence . ..
and I could see that.  . .
but a trip across the field was in order to see if I was right. 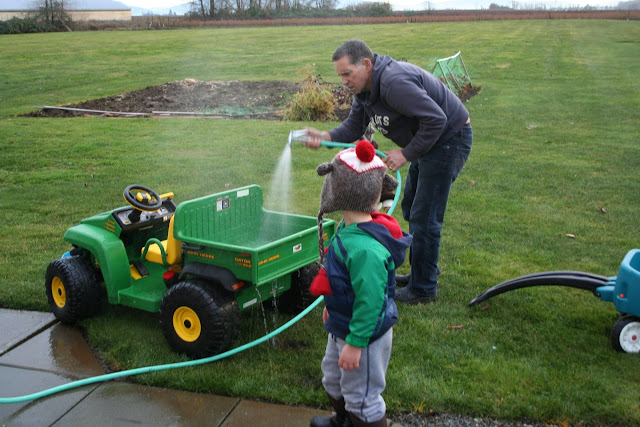 The sun set at 4:15 and the vehicles were taken to the car wash before being parked in the shop. 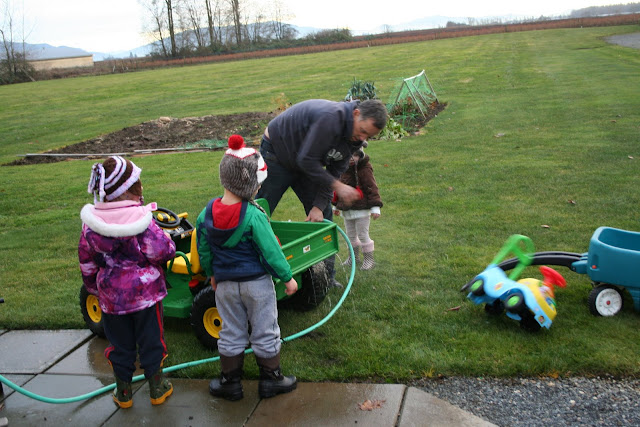 They all know the drill.

If you do something over and over the very same way . .
they do not require explanation . ..
and I smiled at their acceptance of the washing. 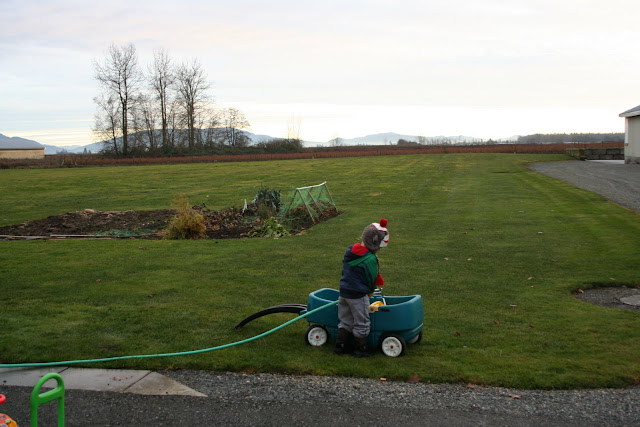 There was of course...
offers to help. 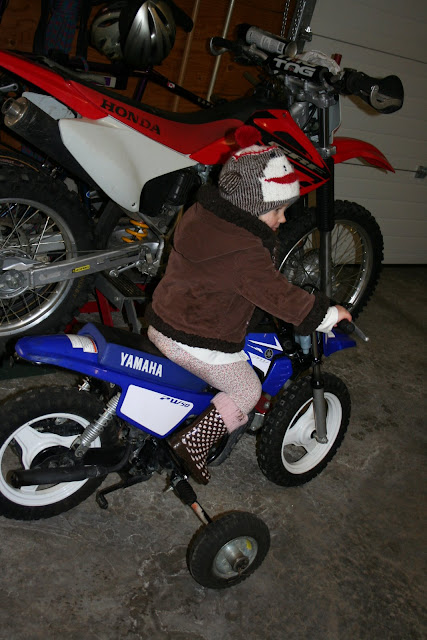 Inside the shop . ..
everything on wheels was tested. 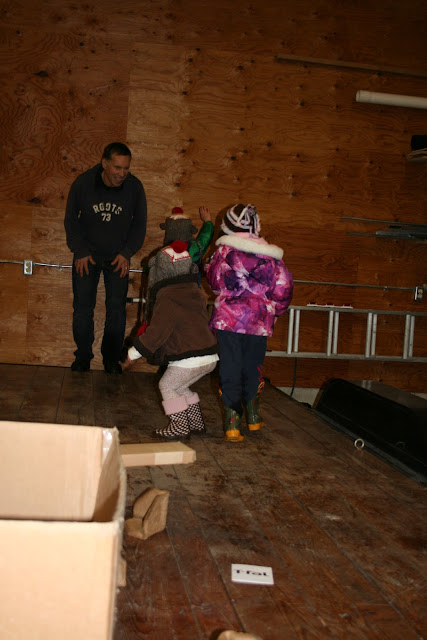 Even the flat deck trailer was tested for its load capacity . .
and Grandpa treated them to shaky earthquakes. 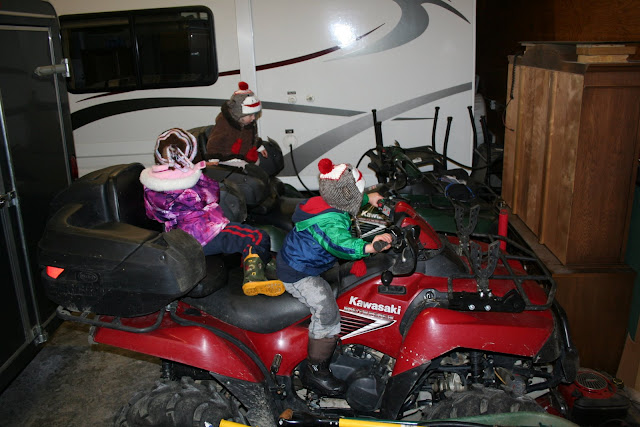 From there they moved to the quads.
Everyone took turns taking others on very noisy and scary rides. 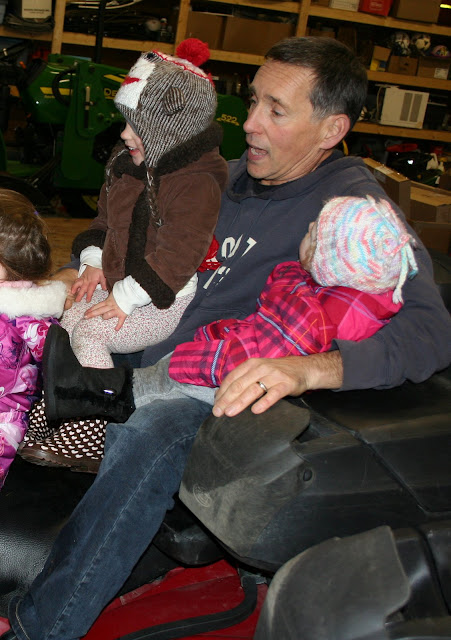 Everyone . ..
was taken for a ride . ..
except for me.
They accept that Grammie can't do everything. 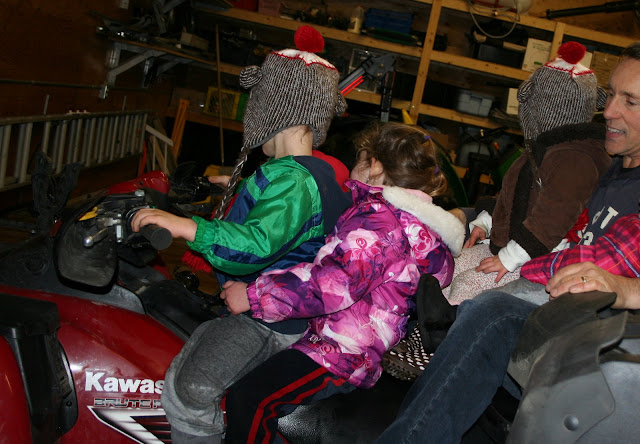 Had they been involved in a scientific study . .
the data would have shown. .
that it is better to be squished together on a tiny island . ..
holding on tightly to each other . ..
than sprawled about the earth each minding their own affairs.
I hope and pray they cling to one another throughout life during the good and the bad.

being a grammie cousin camp