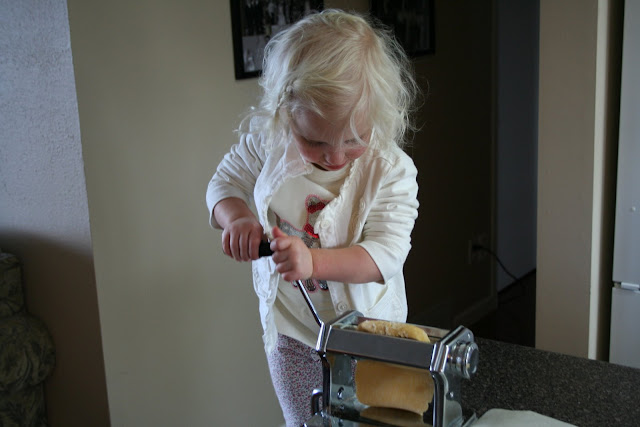 He said. .."what are you going to serve for the meals?
I said . .."not sure yet...I have hot dogs and I thought I would do some home made macaroni and cheese.
I have fresh veggies and some fruit"
He said.. ."well...keep it simple". 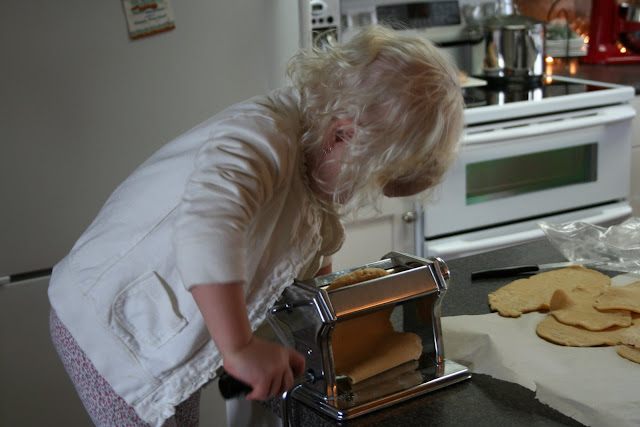 First thing in the morning before they arrived....
I mixed up some noodle dough and put a chicken in the pot for soup.
Later. . .we played with dough.
They love making noodles and it always amazes me how determined they are to crank that handle. 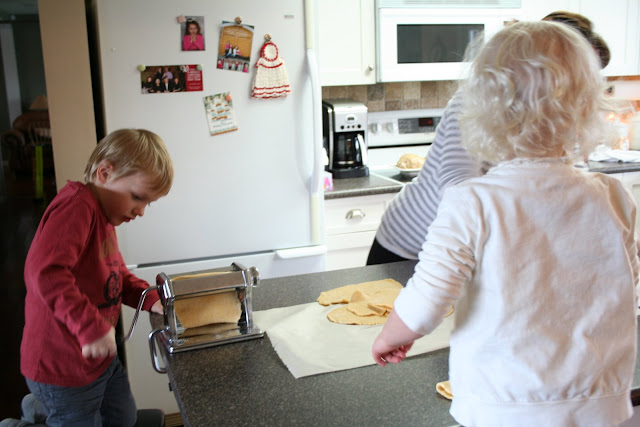 The took turns and they didn't mind telling me whose turn it was next.
I kept turning the knob to make the dough thinner. ..and thinner. 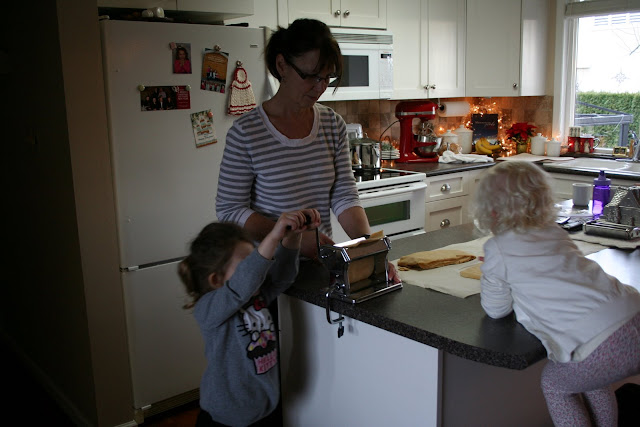 One thing is for sure...
they will not grow old saying they have never made noodles from scratch!!! 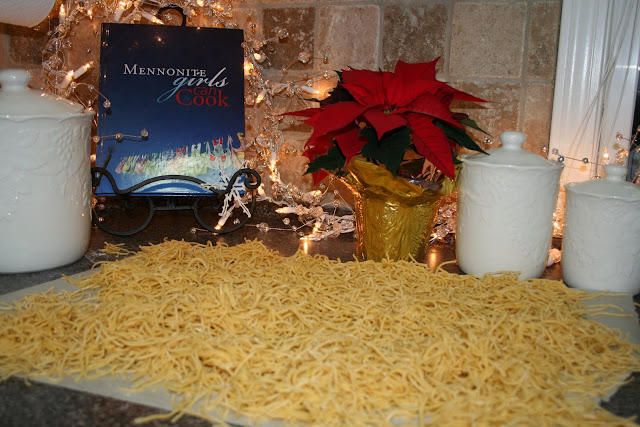 About 30 minutes later...
we had a big pile of noodles drying for our soup later. 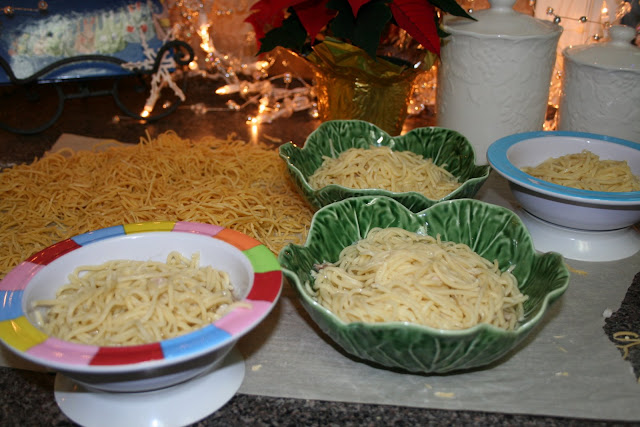 I thought it seemed like such a big batch. ..
so I didn't boil them all to begin.
As they began to eat soup...
I ran back to the stove to put the rest of the noodles in. 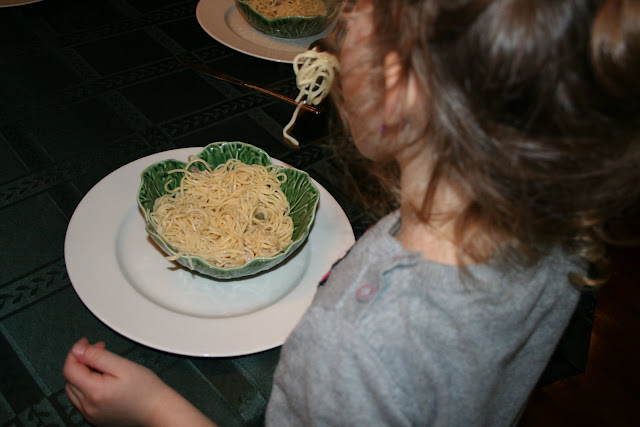 They all have different noodle eating techniques. 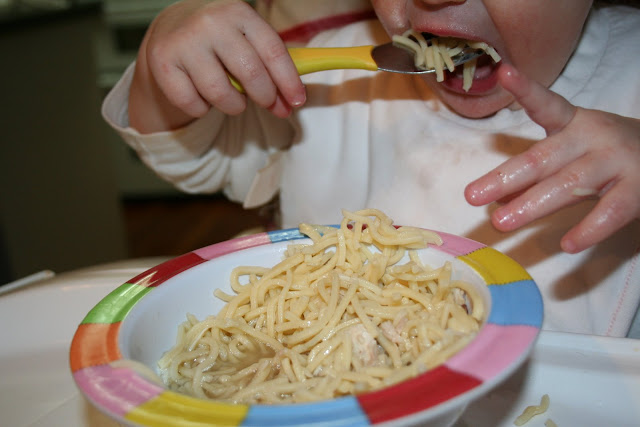 It might not be the neatest meal to eat . ..
but they eat it without a smidge of coaxing. 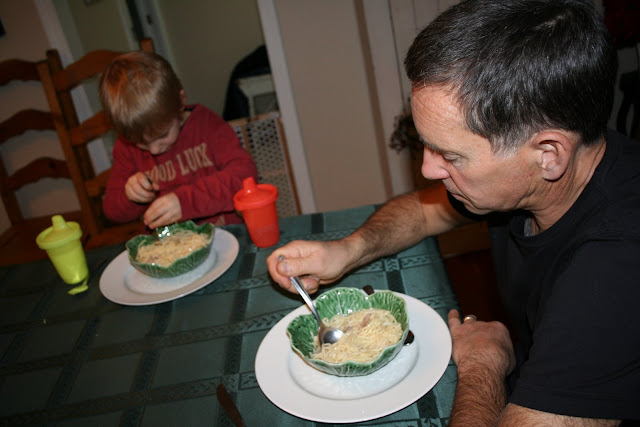 We kept the table settings simple.
and if they wanted a cup of milk and water .. .
they got both. 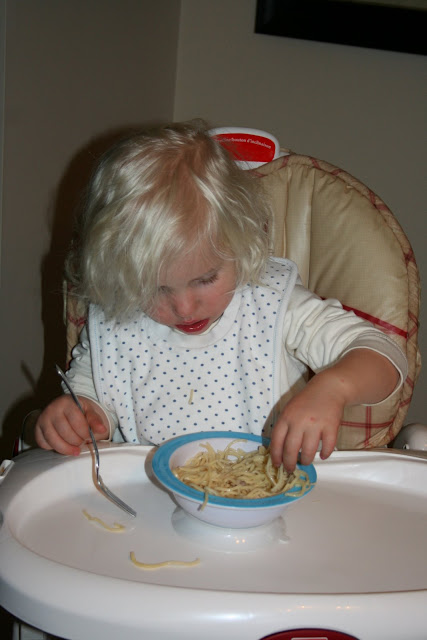 I can't say how many times I am glad we invested in two high chairs.
Long after they don't really need them anymore...
they willingly sit in one ...
and at least two of them are then able to not fall off their chairs. After supper it was stories. . .
Veggie Tales ..
baths and Jammie's...
and without too much coaxing at all. . ..
bedtime.

It was late last night when I got to looking at the photos so I posted one aspect of cousin camp.
I'll get to the rest of them tomorrow.
This is their diary for the next few days.

being a grammie cousin camp