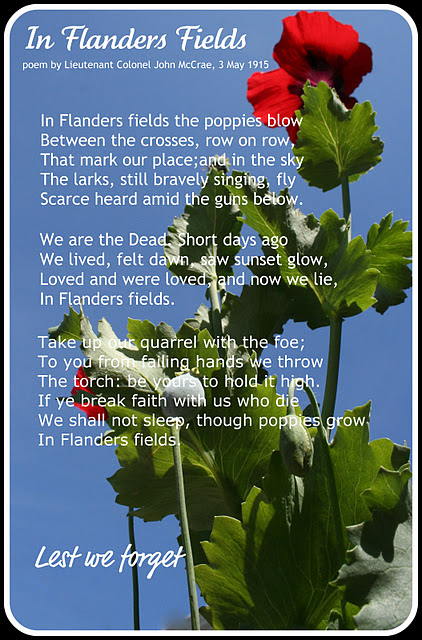 I spent some time the other day . .
looking for my poppy photo from the summer. .
and then a bit more time. .
while I played with the script and adding in the poem. .
line by line. ..
thinking.
It was good to think about those that died that we might have the freedom we cherish so much.
I thought about my grandfather who was inscripted into an army. .
and then the decision he made to leave that land so that he could live in peace. . .
and worship in freedom ..
the faith he believed was worth giving up all that he had accumulated.
We have much to be thankful for in this land.
I wonder if those that are busy "occupying" today ..
will give  thought to their privilege in having a right to protest.
all for now. .