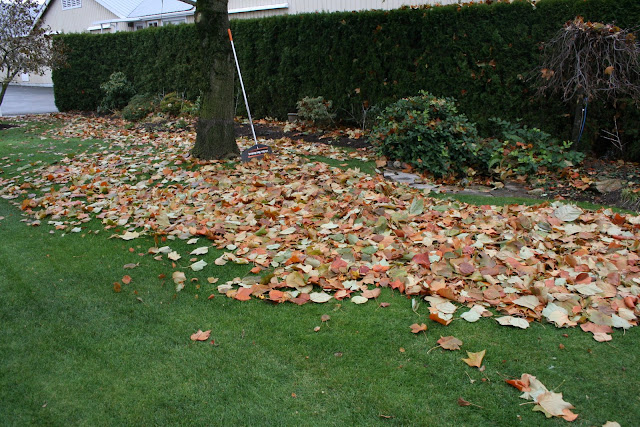 As you can see from my new header photo which I took travelling the country roads this last weekend. .
we had a taste of winter as an intermission from fall. 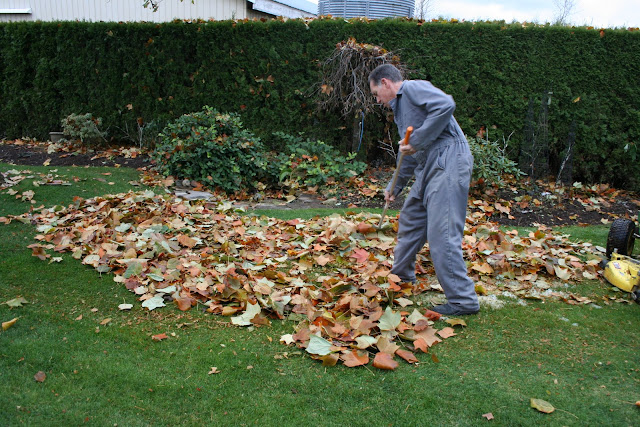 We had a rare early blast come down from the north which brought with it a dusting of snow.
This was followed by glorious blue skies on Saturday and I was glad for the drive alone so I could stop at will and photograph beautiful landscapes. 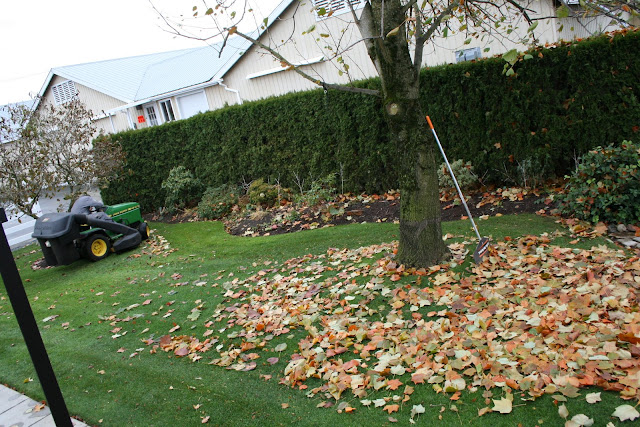 All this happened while the tulip tree in the backyard was clinging to it's leaves.
Yesterday morning we woke to another frost and though the air was still ..
the leaves were dropping gently to the ground. 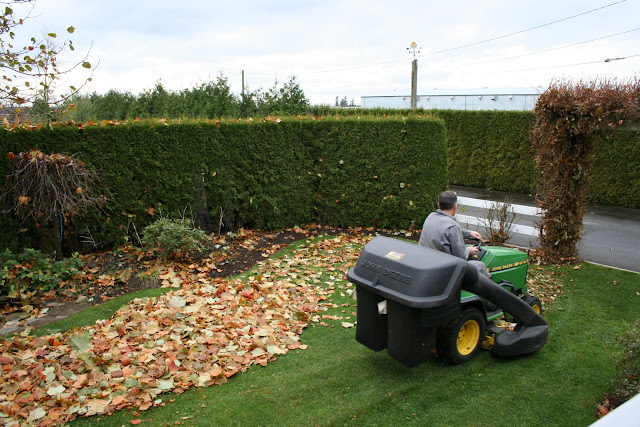 Within a few hours. .
the breeze picked up and the remaining suction between the end of the leaf stem and branch released. .
and I was treated to quick fall. 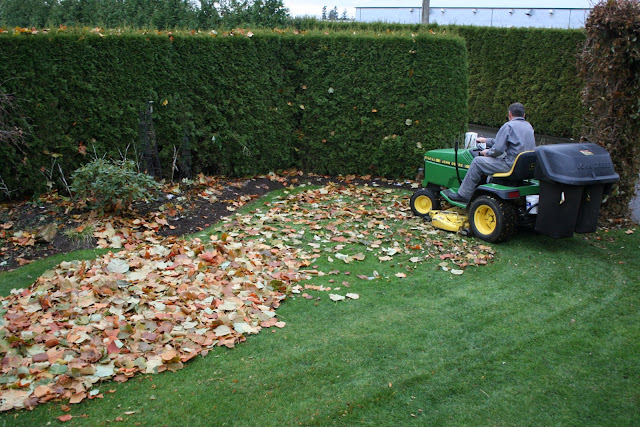 With a rain storm scheduled for Monday night. .
it seemed apparent that the leaves would require a quick clean up so avoid. .
the drenching which makes leaf clean up ...
work. First came out the blower ..
which I did not document as I was working on a tricky part of a cake at the time.
The flowerbeds were blown clear of the worst best of the fall. ..
and then the lawnmower was called into duty to mulch and vacuum up the remains. 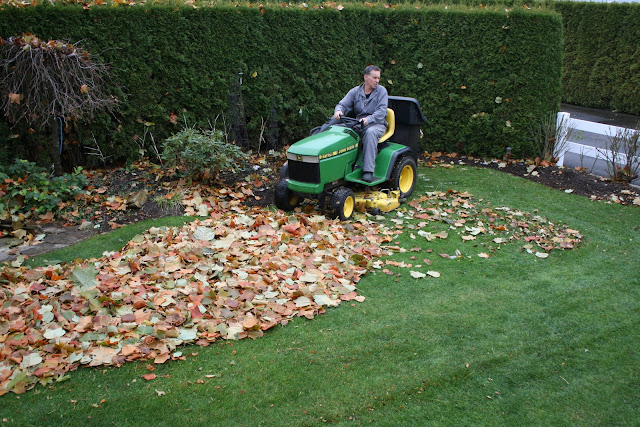 He seemed not shocked by my appearance to document the event from the porch. 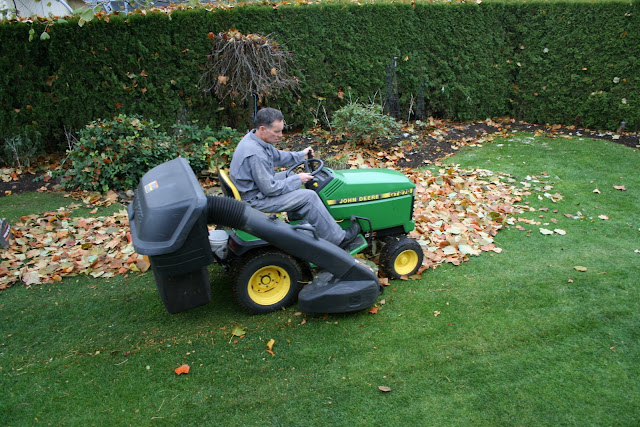 And. .
so  he drove slower than I have ever seen him drive before. 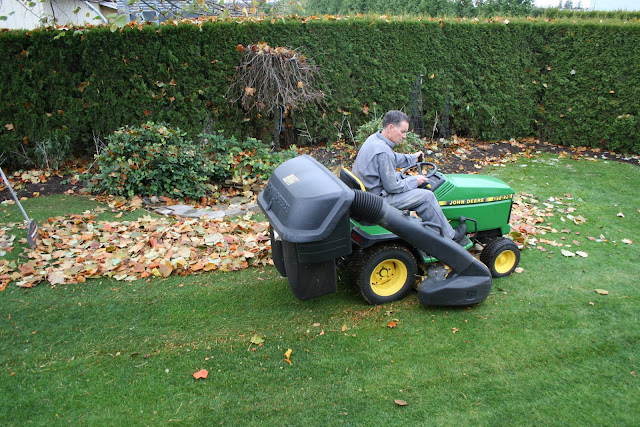 Normally he buzzes over the lawn.
But yesterday it was slow. .
and eventually I left him to mow alone. 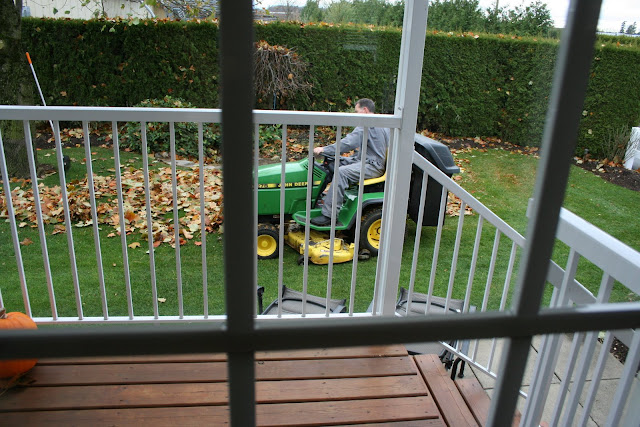 After all ..
He needs to have some privacy as he goes about tasks on the farm ..
without me hanging over the railing yelling encouragement to smile.
all for now . .