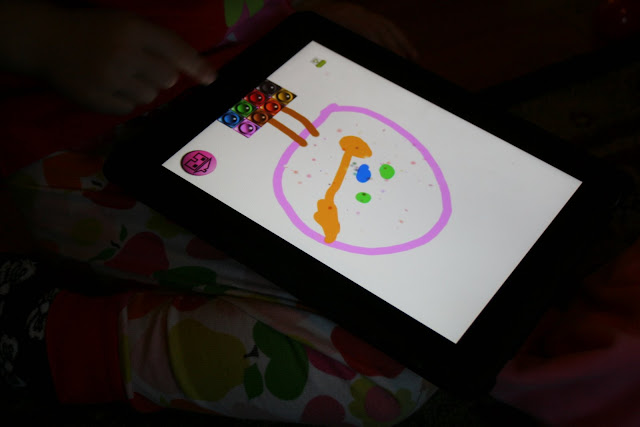 I know ..
it isn't quite as giving as allowing Grandgirlie a big easel and finger paints. . .
but after the weekend. .
I was happy to keep the mess and fuss to a minimum. 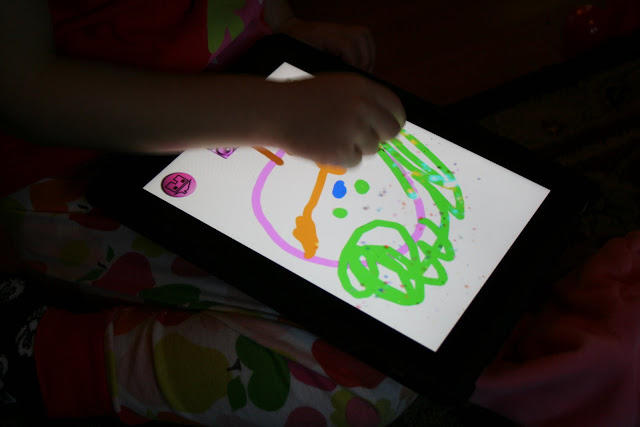 What grandparent wouldn't want to pose for a artistic impression by a soon to be four year old? 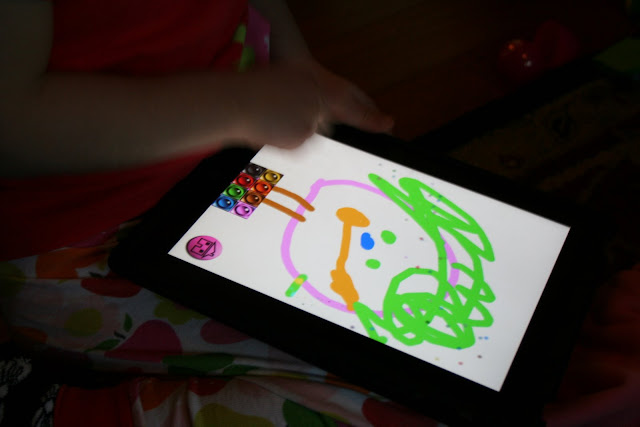 I smiled that she started me with pink. .
and I suppose that is why after second thought. .
my mouth had added curve-up at the ends. 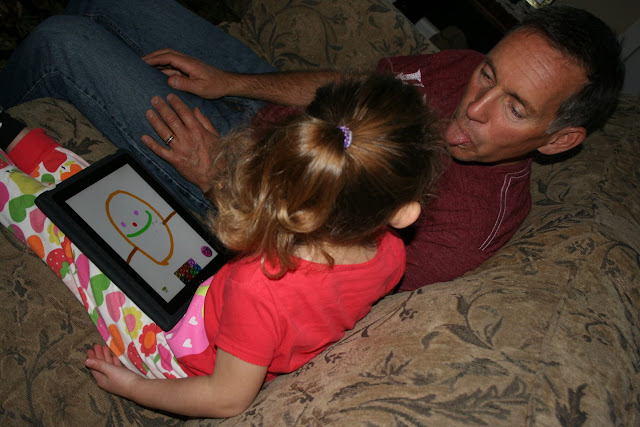 She took it all quite seriously.
Grandpa ...did not. 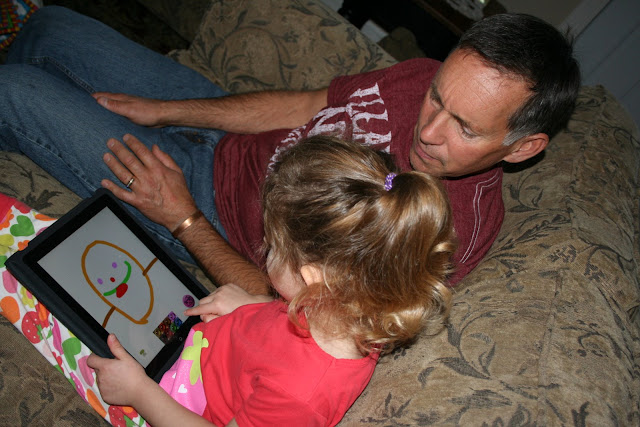 She noted that he had been silly. 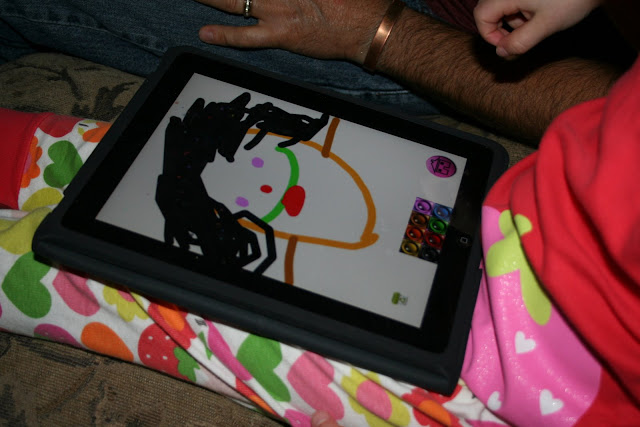