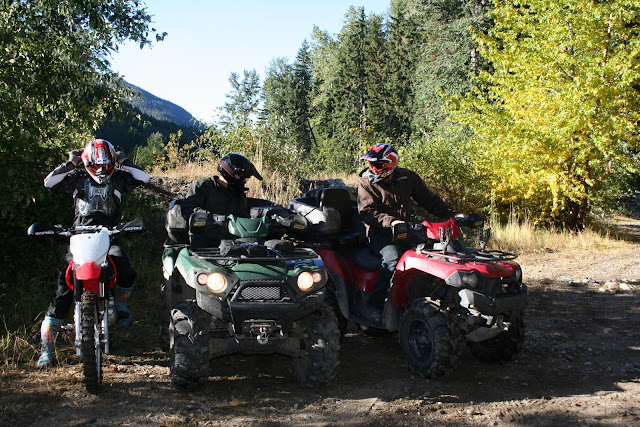 Saturday morning I set my alarm for 7 and soon after that I got a text. . .
saying they had hit the Coq and were on their way.
Hashbrowns and bacon was started and by the time it was done. .
they had arrived.
There are my three men.
The day had not even begun and already the shoving and pushing was well underway. 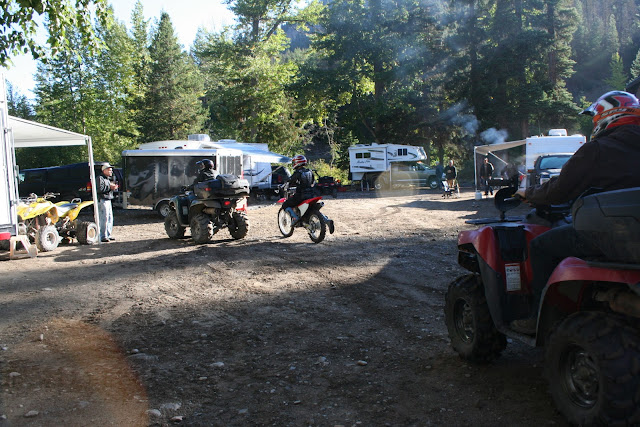 The days ride was not scheduled to begin until 10 so the three of them took off to get their warm ups. 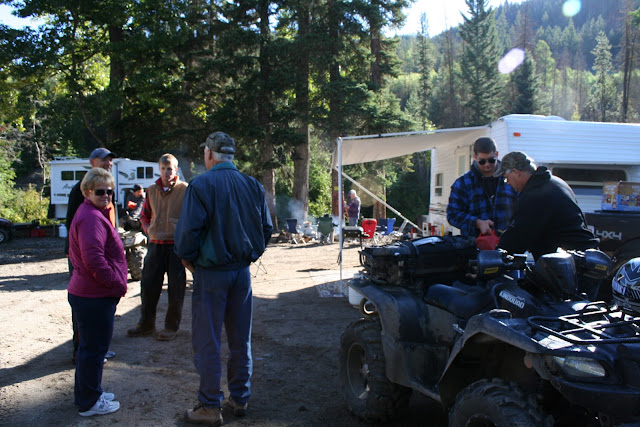 Meanwhile. .
back and camp. .
tanks were being filled...
and coffee was being finished. 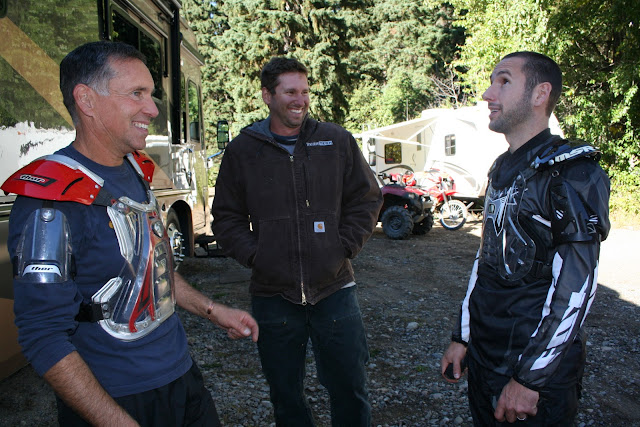 They won't let me take a decent picture of the three of them.
But . . this was the best. .
and the rest . .
are unusable. .
and not because of the photographer. 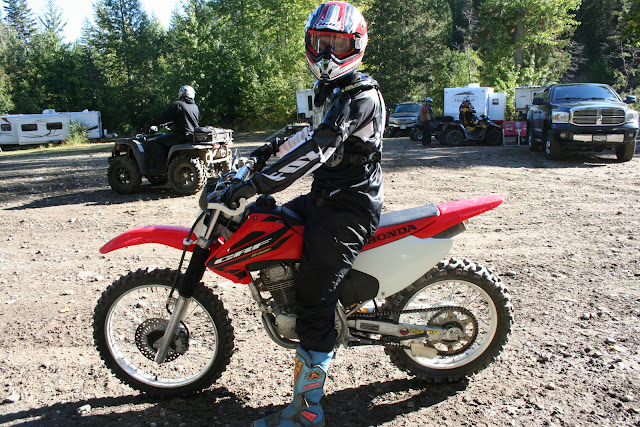 The main ride was about to begin and they went to line up. 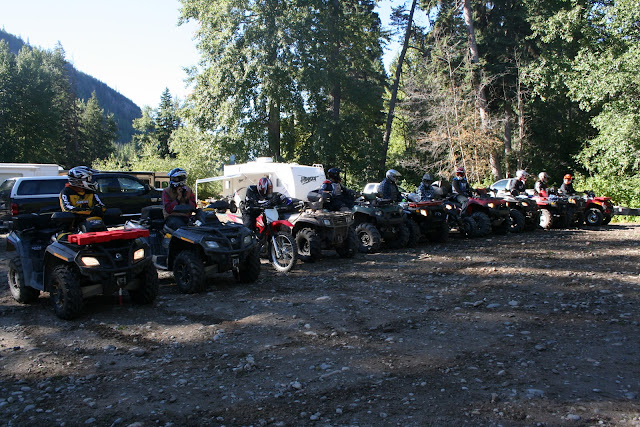 They waited until their line up photo was taken. . 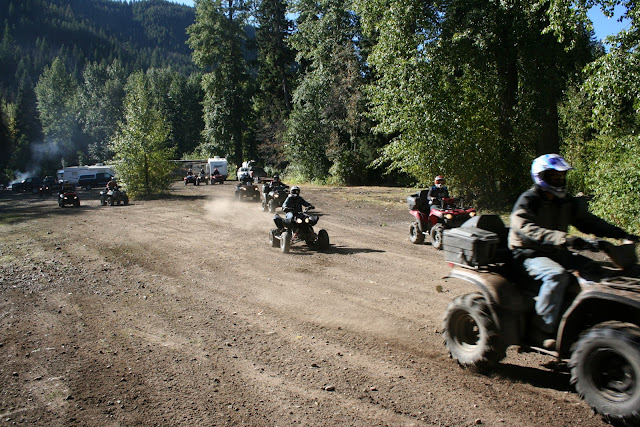 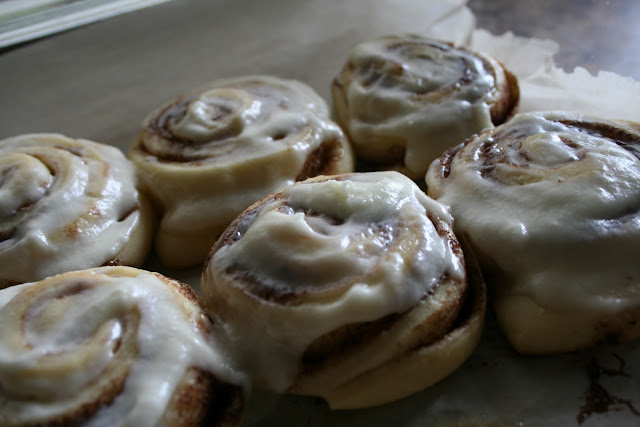 While they were gone. .
I whipped up some cinnamon buns for the group. .
and cookies for supper dessert. .
and read my book.
Pure enjoyment. 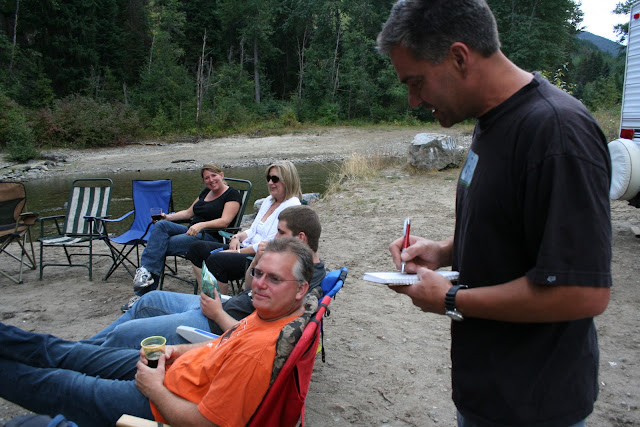 Safely back. .
the steak master came around and took orders. 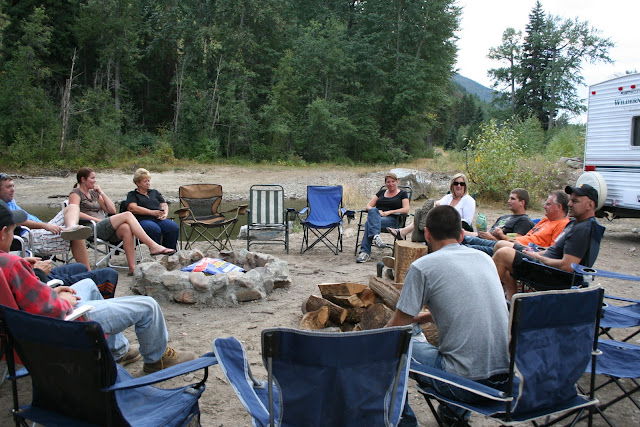 The campfire circle expanded and chairs were added and everyone waited for the steak master to come asking. 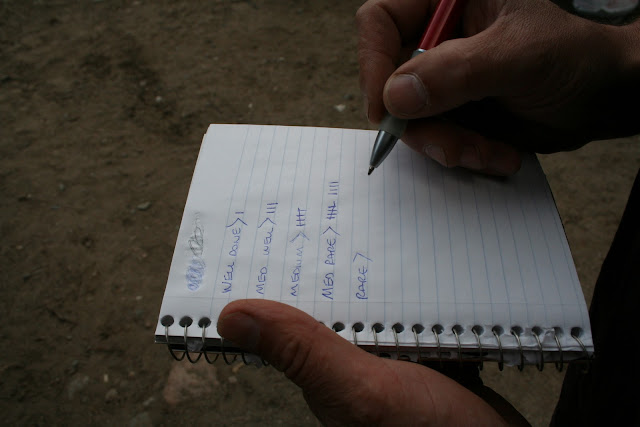 I was glad I was asked. ..and not asking. 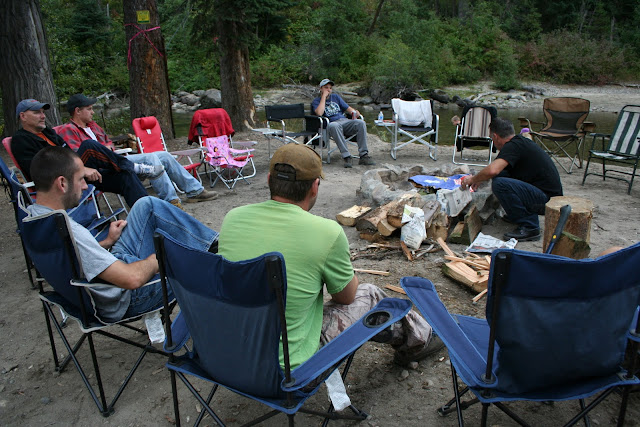 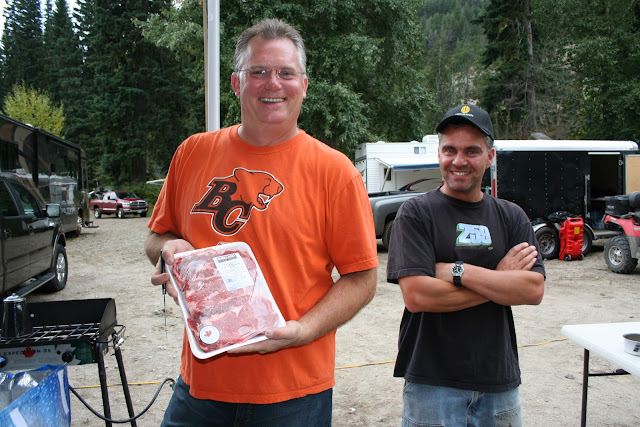 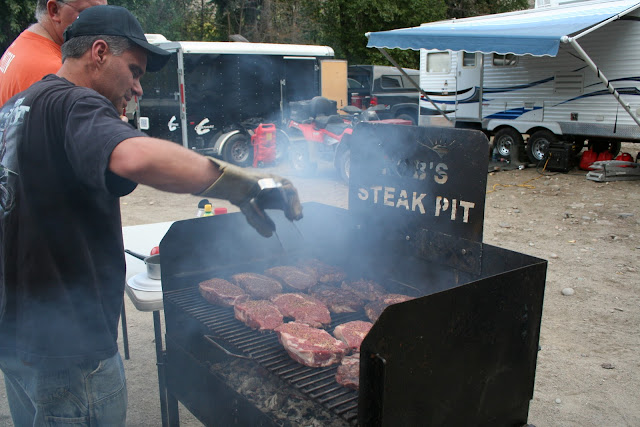 . .and James did some amazing things to those steaks. . .
they were delicious. 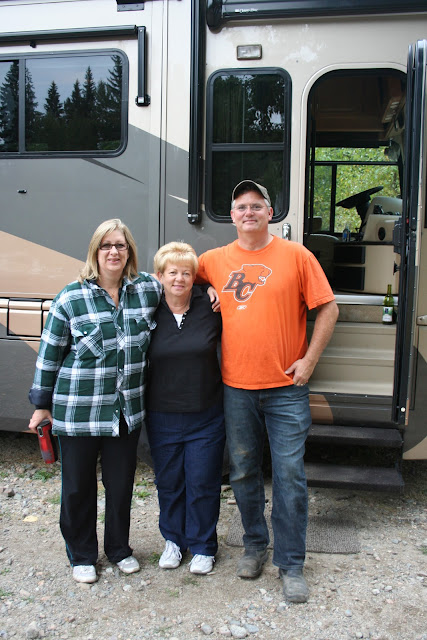 And here are our hosts. .
Rob and Lori. .and his mom Gwen in the center. And how did it all begin?
This Rob's Dad Len. ..
who bought his boys some quads. .
and took them out on weekends.
Now his son Rob. .
invites his friends every fall to join them for a weekend..
and ..
now that I know what kind of fun they are having. .
I'll be waiting for that email. .
next September.
all for now.