after the sale is over 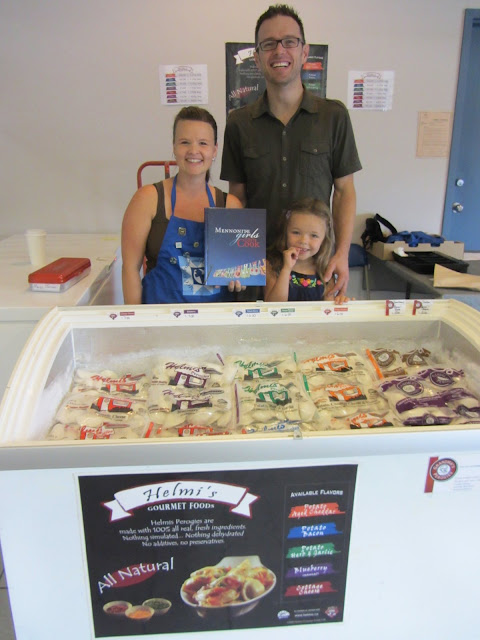 First of all ...
before I cause a community kuf-fuffle ..
the couple in the photo with the child ..
is not a family.
Well ..
technically they are family but they are not a couple with a child.

Two siblings own the Helmi's perogy factory which should be a mainstay in everyone's freezer if you are not willing to make your own Wareneki.

Two brothers and their wives who happen to be nephews of my sister by love own the business and more often than not you'll find some Blueberry Perogies in my freezer for those times when I simply can't resist.

A little Schmaundt Fat and a little sugar and those Blueberry Perogies are like dessert.

Anyways. .like I was saying they are not a couple in the photo above  but rather brother in law and sister in law . .
and after I took the picture they were a little concerned that if posted. .
rumours would break out. 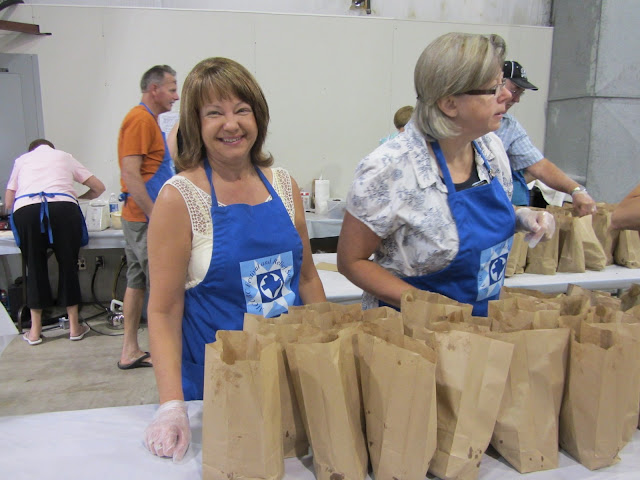 As I mentioned in the previous pre-Relief Sale post. .
I had pre-purchased my food tickets.
On Saturday morning before going to sign books again ...
I took my remaining tickets and bought up everything I could.

OH. .and if you are wondering what the cost of the food is there..
let me tell you  ..
it is a bargain and a half.

For $40. ..
the two of us had each a plate of Wareneki with Schmaundt Fat (okay ..for the English ...Cream Sauce)
and some nice big pieces of Smoked Farmer Sausage. .

and to take home on Saturday

...each a helping of Portzekly ..(normally reserved for New Years Day)
...a jar of Plumi Moos. ..(fruit soup. .made from dried fruit. .it's in the book too)
and  each a bun filled with Farmer Sausage (which did make it home for our lunch on Saturday) 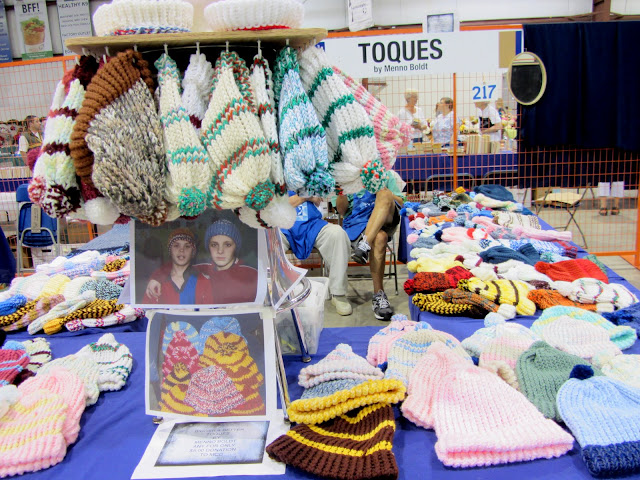 We arrived on Friday night at 5 pm sharp ..
with the rest of the crowd waiting to gain entrance.

My beloved made a bee-line for the shop/garage/outdoor stuff and I headed to the "housewares". 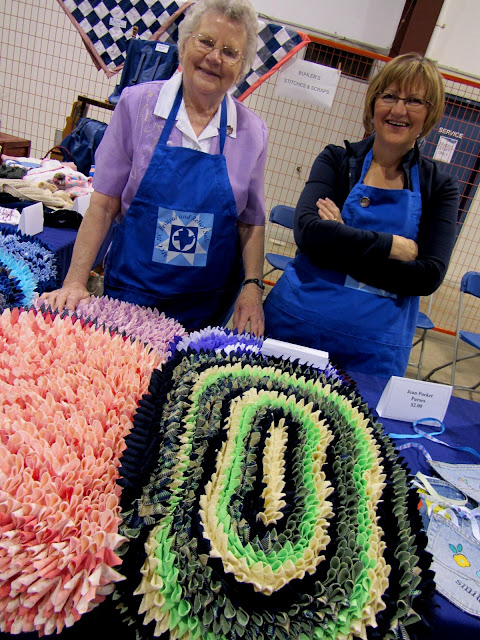 I found my friend Rosanna. ..with her mom and look at what her mom makes all year long to sell.
Rugs that are made from squares of fortrel.
Remember fortrel?
She picks it up at the thrift store and cuts it all up and sews these rugs that can be tossed in the wash and will
never  ..
ever die. 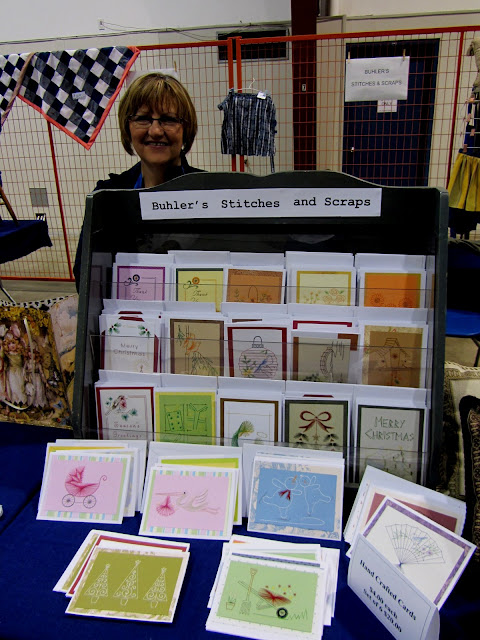 Rosanna. . .
makes these beautiful hand stitched cards in her spare time. .
and sells them as well. 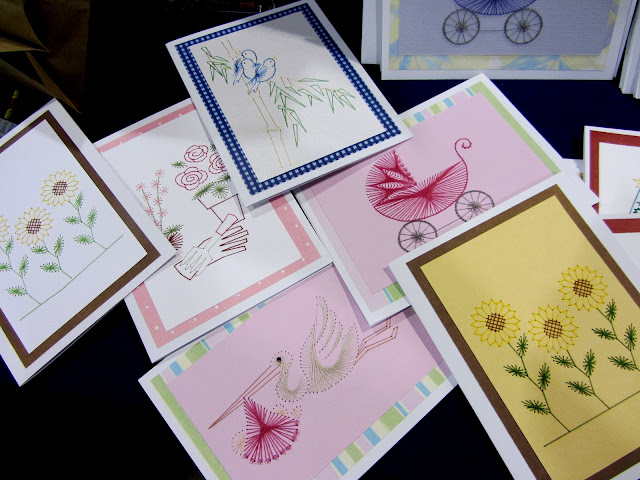 If you happen to get one of these in the next year. .
the cat is out of the bag. .
Rosanna made them. 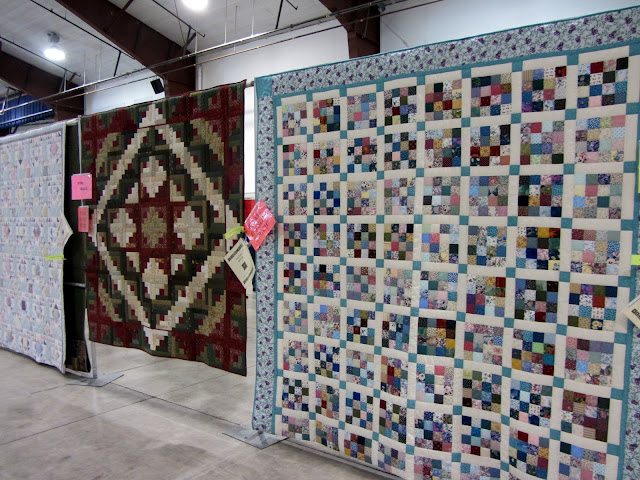 Then there are the rows of quilts.
Next year. .
I'm aiming to buy one.

Most of the quilted by the MCC quilters guild. .
all year around. 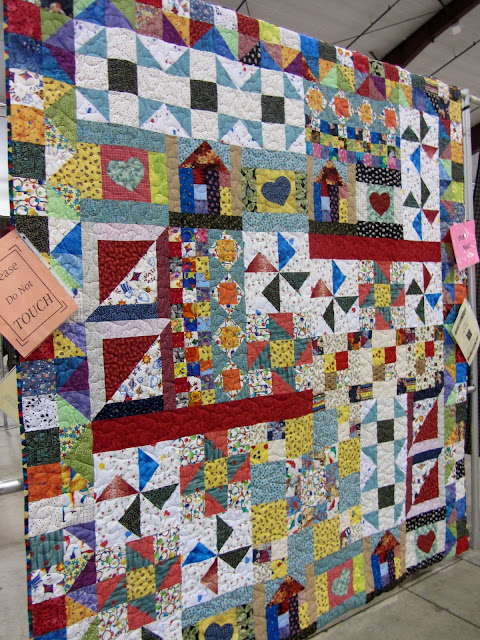 I loved this one.
It seemed like it should belong to me but I spotted it on Saturday and only had food tickets and my pen with me.. .
neither of them would buy a quilt. 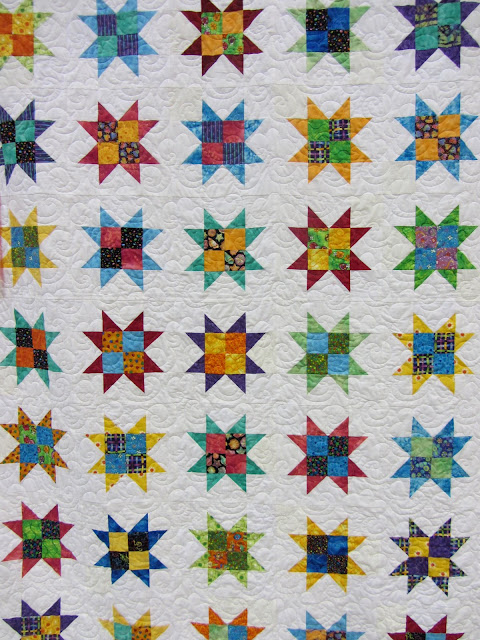 As I walked through the two buildings ..
I was struck by the generosity of the gifts that were being given to sell. .
for the Relief Sale. 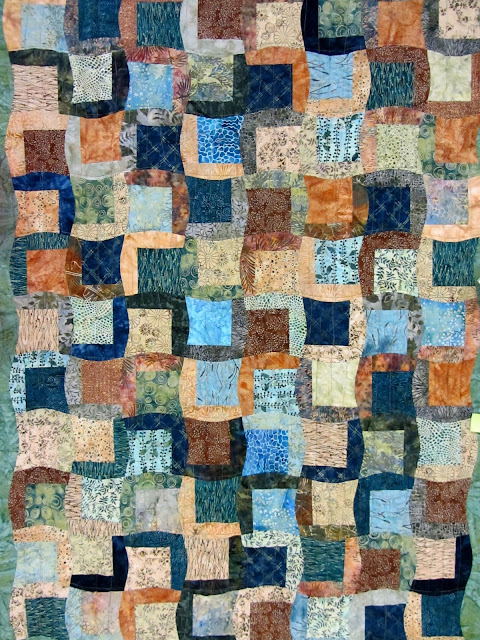 Hours and hours of time. .
and of course personal costs. 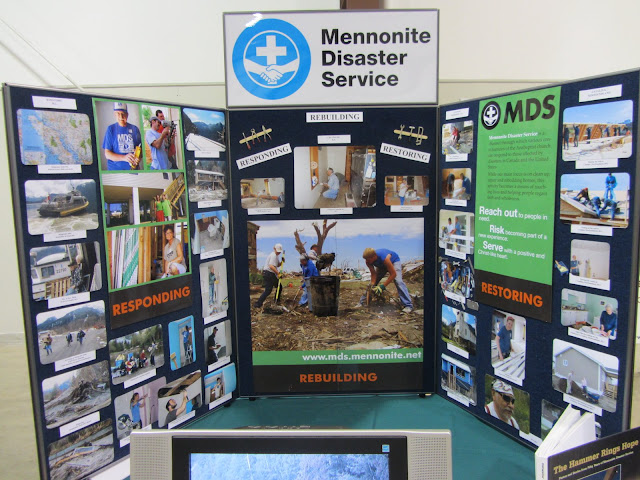 Because ...
it is important and part of our heritage. 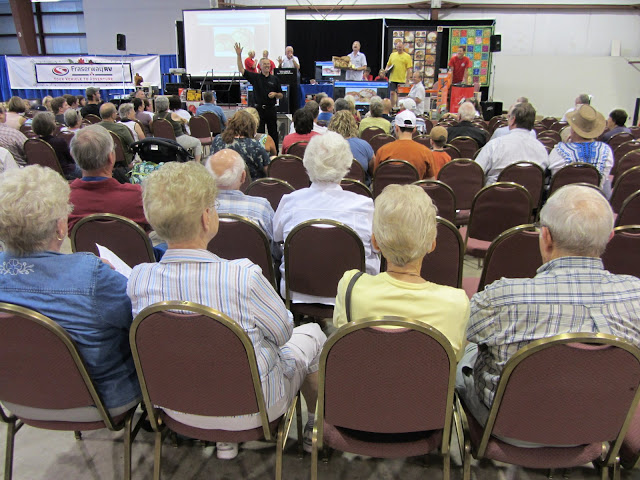 People come prepared to pay thousand of dollars for a loaf of bread that starts the sale. 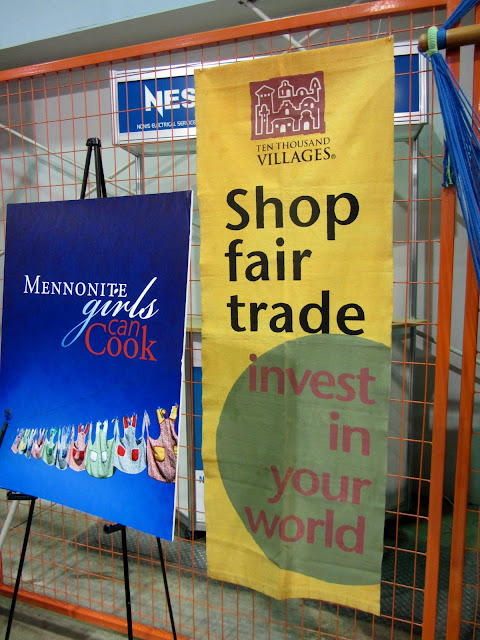