Broadway . .Empire ..and a few last looks about 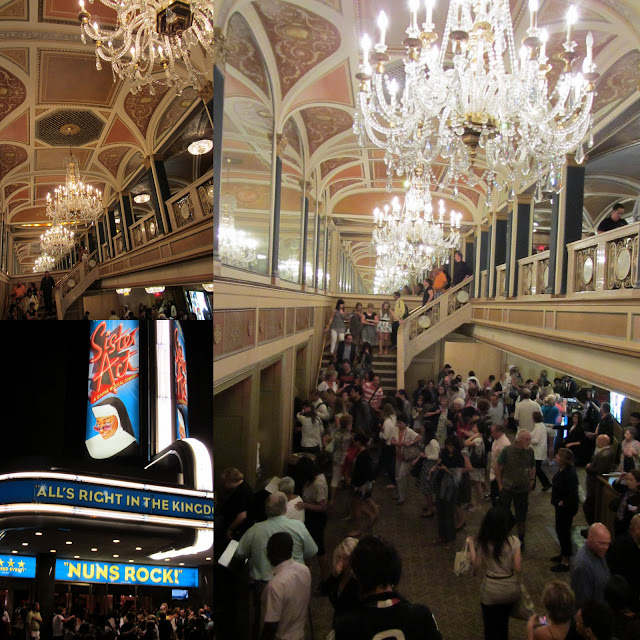 We hadn't purchased tickets ahead of time to see a Broadway play ..
but when we were walking down Broadway on the evening we arrived. .
the sign that we've seen so many times shone brightly and we approached the ticket counter to see what was available and to see how dear it would be.

The ticketmaster must have been in a cheery disposition and gave us second level seats for the same price as the third level and so we saw the Broadway play on the second night we were there. 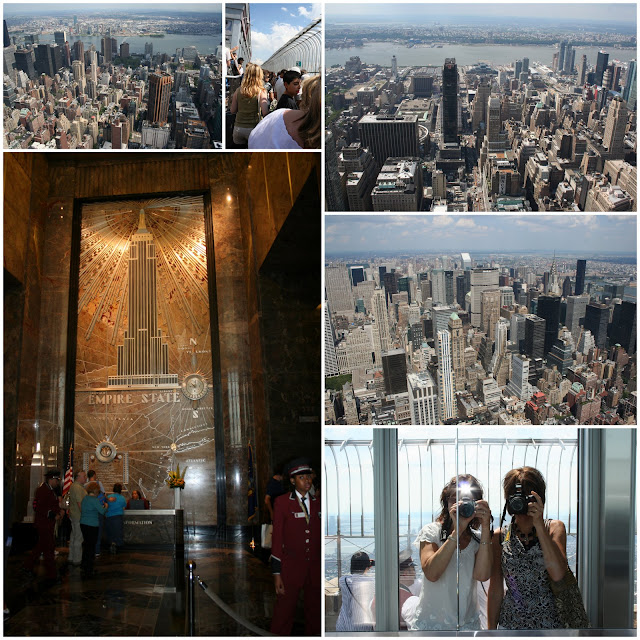 We were so pleased with our decision to head straight away to the harbour cruise in the morning and walked right onto the boat while the rest of the passengers waited for us to arrive with our ticket  seller who's job it is to accompany us to the boat.
After that we did our wandering around the Ground Zero site .. .
and then we caught up to the crowds at the Empire State building.
A three hour event. ..from the beginning of the line up . .
back and forth ..
back and forth.  .
back and forth until we finally made it to the elevator.
Expecting to see the top of the world upon exiting the elevator. . .
we were instructed to take one last elevator for the last six stories.
That led us to yet another room. .
and back and forth.
and back and forth some more.
When we were nearly to the last elevator entrance. .
we were told that the stairs could have been used if we wouldn't mind walking the six stories.
Really?
The large crowd behind us made a rush for the stairs and we all met. .
around a million people. .
at the top of the world.
I'm glad we went. .
but I won't go again.
You get the drift. 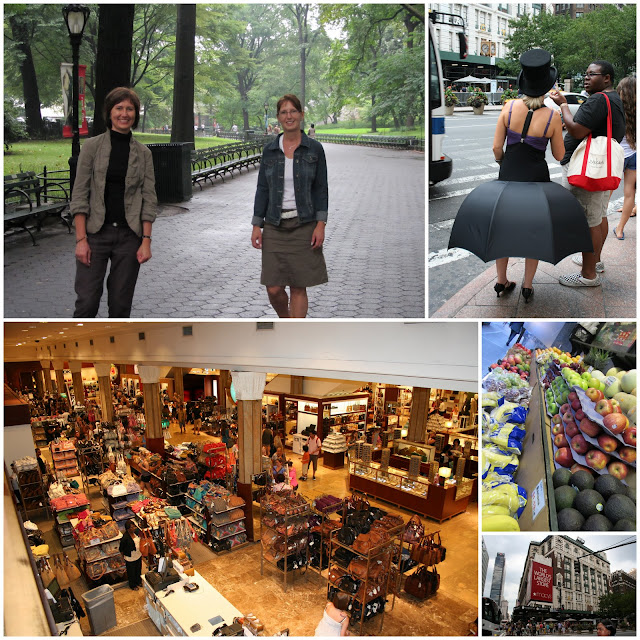 I really wanted to go inside the largest Macy's store.
When you have one afternoon to see all the stores that are so famous. .
entering Macy's and seeing an entire floor dedicated to handbags. .
was just a tad overwhelming.
We went to the Starbucks overlooking the handbags. .
looked at them all from a safe distance and left without really looking around.
New York  ..New York. .
thanks for the smiles ..
and the entertainment. .
and reminding me of the reason I love being a country girl.
all for now.  .