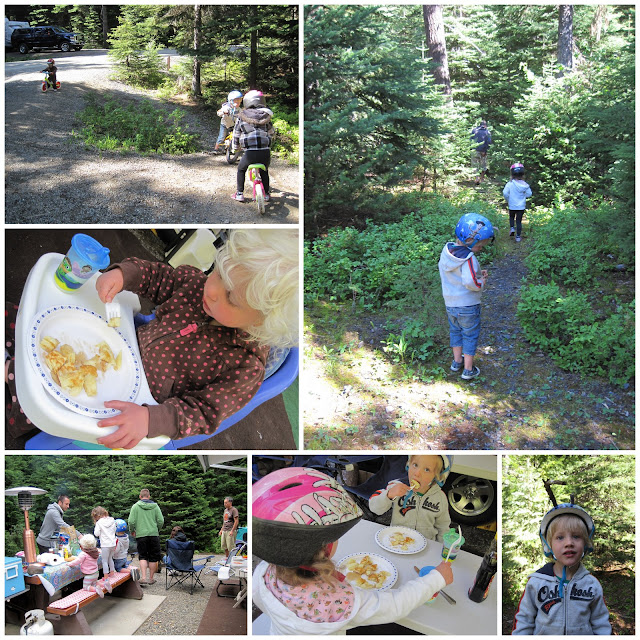 On Sunday morning of last week .. .
we excused ourselves from the family reunion  . .
and made our way back west on the Crowsnest Highway towards Manning Park Provincial Park.
We had a date arranged with  "the lil' farm hand". . ."grandgirlie". . .and "kanneloni macaroni".

Last year when we took the oldest two . ..
they remembered all winter what fun they had and reminded us often that they'd be willing to keep us company camping again. 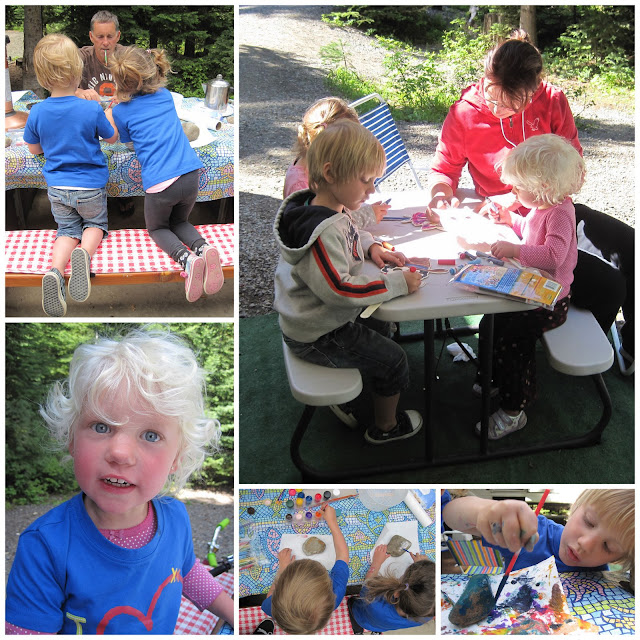 We came prepared with art shirts. . .
and not once did any of us worry one speck about how we were dressed ..
as long as we were half clean and warm enough. 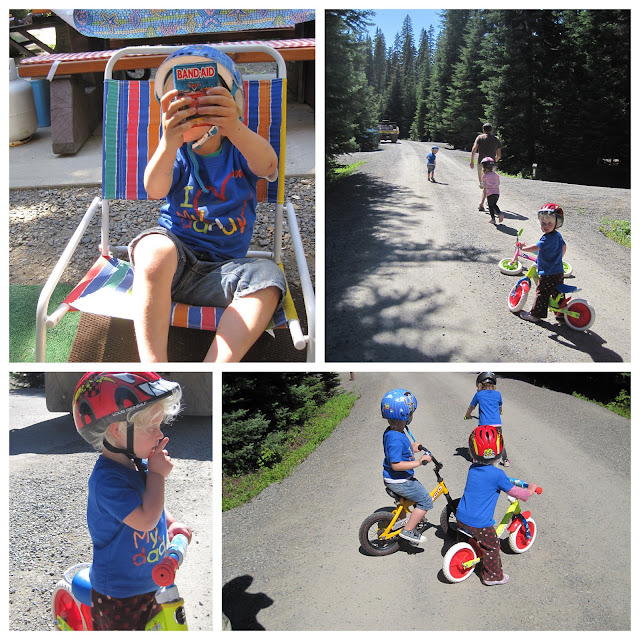 There was plenty of exercise to go around.
Kanneloni Macaroni reminded us to Shh! so she could sneak up on bears!
Her most used phrase through the three days was .  .."Shh. ..Grrr"...cracked us up every time.
I'd like to report at no time was any head in danger of a concussion since they wore their helmets almost all day. 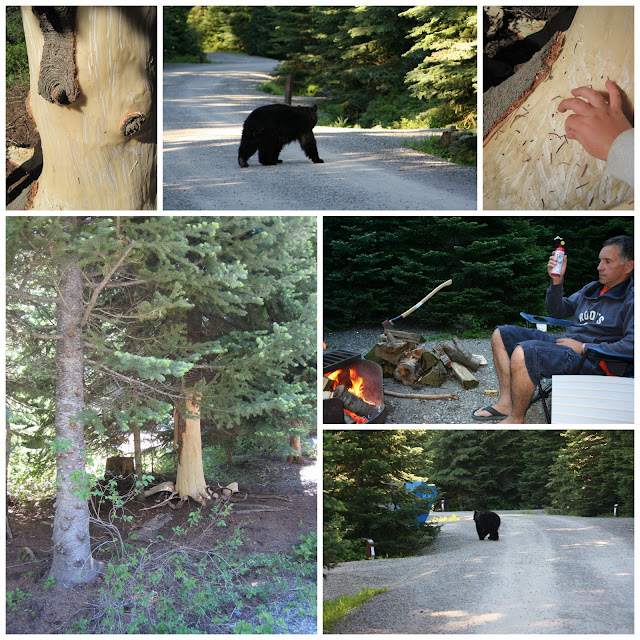 Spring in western Canada has been slow arriving and the bears have woken from their hibernation and are being forced to seek food.
We were amazed to see them moseying their way through the campground and witnessed them stripping the bark off of several large trees. .
marking their territory.

Needless to say....
we were careful! 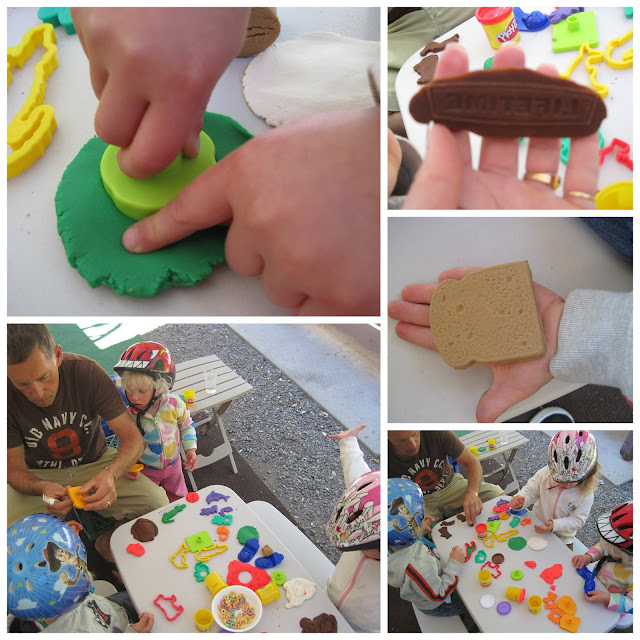 We worked on our play dough cutouts.  ..
and made zoo animals and foods while snacking  on "colored cheerios" to curb the temptation to snack on food that looked so realistic that  anyone could be tricked into eating it. 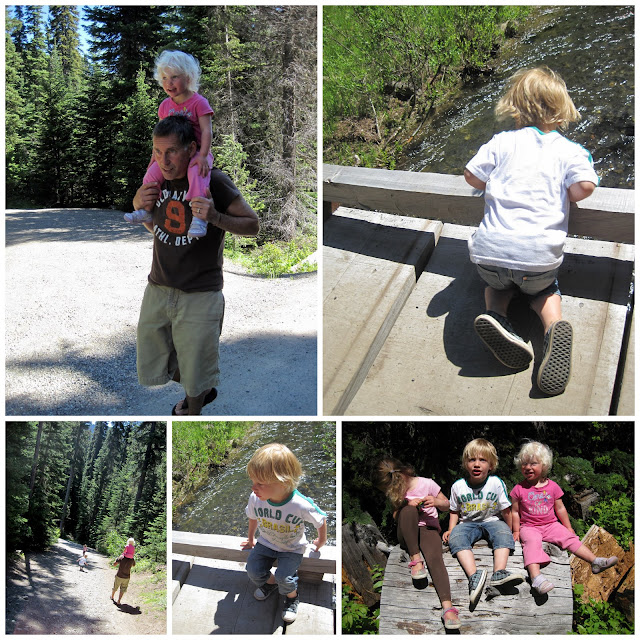 There was plenty of walking. . .
and lots of posing and I laughed when they would themselves plop themselves on logs and suggest photo ops  .. .
hoping that Grandpa would do silly faces behind Grammie's camera.

On Tuesday.  ..
just before dinner.  .
we strapped the three of them in car seats in the back of the truck and hauled them back to the Fraser Valley.  We made a stop for cheeseburgers and broke the news to them that the next stop was to see their mommy's and daddy's.

At precisely 6:30 PM. .
we kissed those sweet faces goodbye and made one beeline back for the silence of the campground. . .
and we slept like bears . . .
all night long.

being a grammie trailer