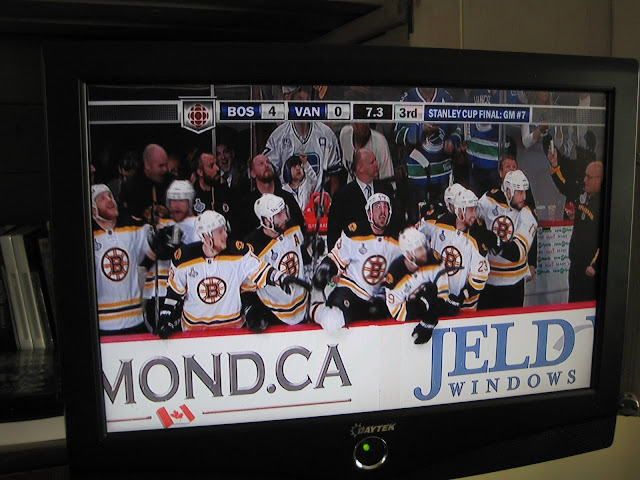 We watched the game. .
We resigned early on that the series would not belong to us.
At the end of the game we stood closer to our TV and watched the jubilation of the Boston team. 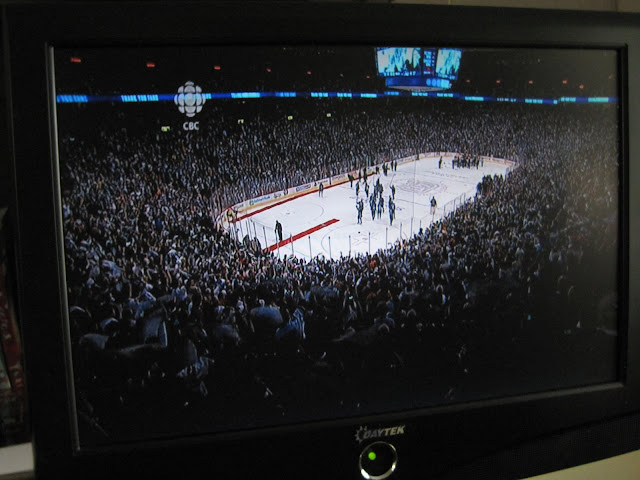 We saw the fans raise their white towels and cheer the home team .  .
and cheer Boston for being such worthy opponents. 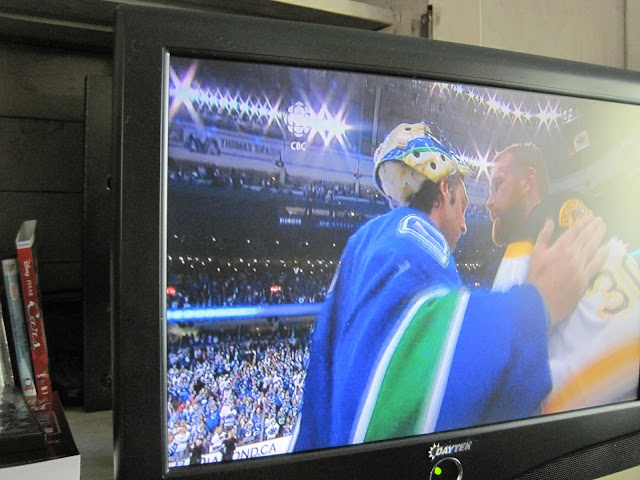 We saw the display of sportsmanship.
That made us glad. . .even though we felt a tad sad. 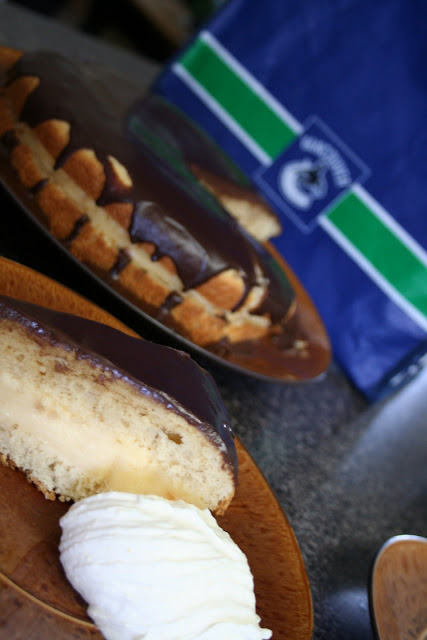 We ate our Creamed by Boston Pie.  .
and then watched the television coverage of the rioting in Vancouver.

Sad. ..very sad.
There are winners and losers .. .
and it's not hard to figure out who is who.

What happened after the game was the disappointing spectacle.