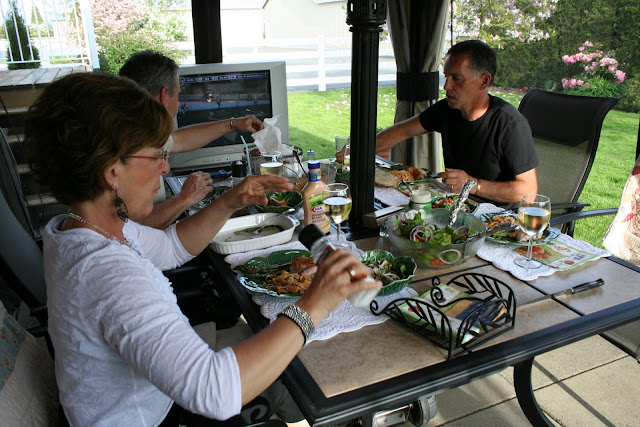 Here in British Columbia we are having some kind of serious fever.
Warm weather has been slow in arriving but now that the temperatures are edging towards tent weather .. .we are spending our dinners outdoors.
Our Canucks are in a new series against the San Jose Sharks and we take our hockey pretty seriously.

My beloved sorted out the issue of whether we should be outdoors for dinner . . .
or  ..
inside watching the game.

We watched the game and as they began to lose interest in playing hard. .
we spent more time talking ..
and less time watching. 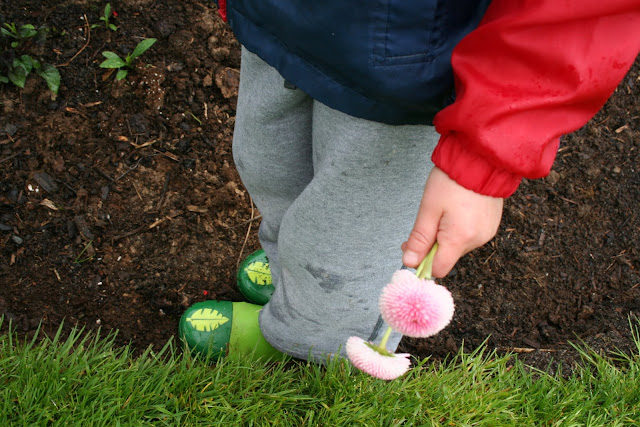 Saturday morning the drizzle began again and when Grandgirlie came to spend a few hours she was unconcerned with the danger of melting . ..
even though she is made of mostly sugar.

After toting around a small pullet for the better part of an hour . .
she helped herself to some fresh eggs from the hen house and suggested I get some hash browns going to pair them with.

While I made us some lunch.  ..
she listened to kids music through the outdoor speakers and sat in the tent waiting for lunch.

Kids are brilliant . .
they know full well that coming in for any reason at all might constitute remaining indoors on a drizzly day.
She took no chances and offered to pick some flowers while she waited. 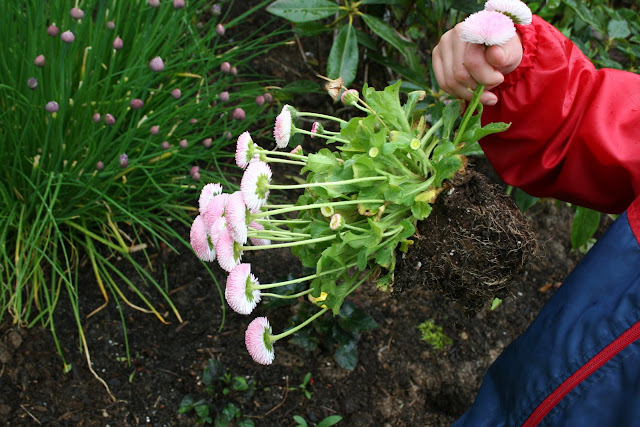 From the kitchen window I saw her look of complete and utter disbelief when her gentle tug at a English Daisy stem rewarded her with the entire plant.
I smiled at her  . .."sorry Grammie". . .
as it was such  small matter between girls.

With one hand grasping my camera. . .
I took the unrooted plant and gave it a firm reminder where it was to be. 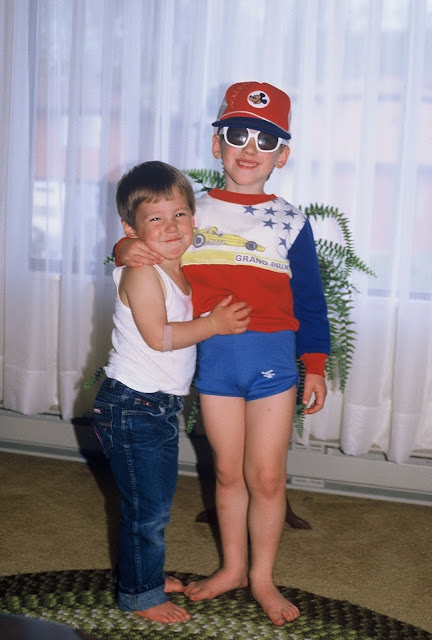 While we spent the afternoon playing games of teasing .  ..hiding and finding. .
her Daddy was easing into the reality of being 30.

Stuart is the little one.
Grandgirlie saw my picture of my friends and was most impressed with the number of friends I had ..
wanting to know all their names.
I said. ."can you tell me about your friends.  .honey?"
She said. . ."yup"
I said. . ."okay ...tell me their names"
She tilted her head in serious concentration . .listing them off.
Noting she didn't name her little sister I asked her. . .
"what about  . . . . "
She answered rather sadly . ."no  .she's my sister".


I thought then of the picture of her Daddy and his big brother.
Little boys. . .
full of hugs . ..squabbles ...scraps . . then and still ...connected because of parents in love.

Had I known. ..when that picture was taken that 30 years would fly like the wind. . .
I would have surely hung on for dear life.

If I could .. .
I would not go back and do it over again.
I'm happy with the outcome.. ..
and find great joy in seeing all Stuart has become.

being a grammie family friends