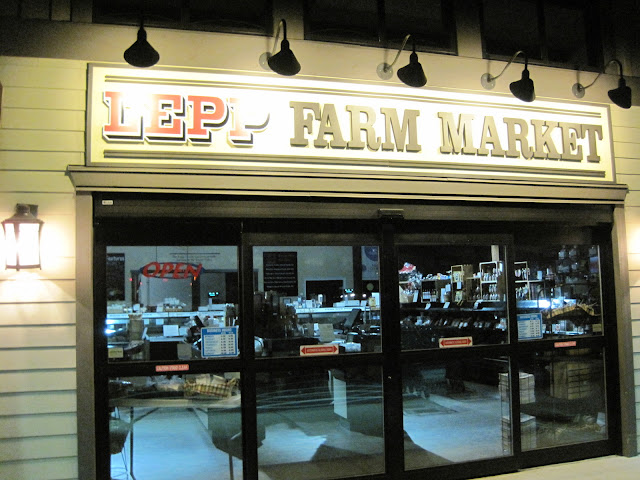 I'm always a bit of a keener so when we picked up Anneliese at 6:15 to travel 20 minutes for a 7:00 class . ..
she was not surprised and was ready.
Charlotte Lepp had suggested that we attend a class that Chef Dez was doing on appy's for the Super Bowl so a group of us signed up and passed on dinner in anticipation of the appy's later on. 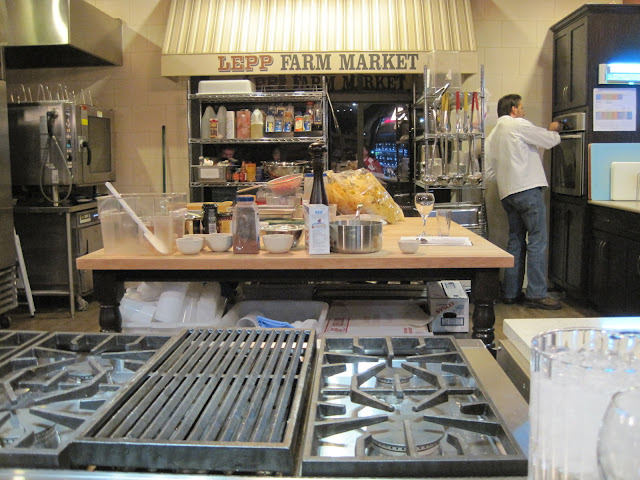 When we arrived . ..Chef Dez was busy doing his prep work and we settled in the front row seats. 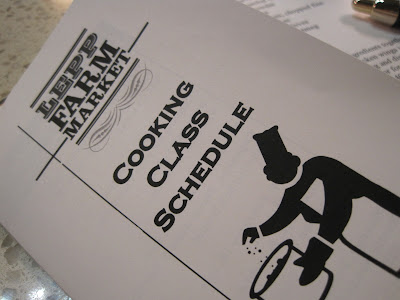 At each seat was a schedule for upcoming classes so we perused other possibilities as we could already sense we were in for a wonderful time. 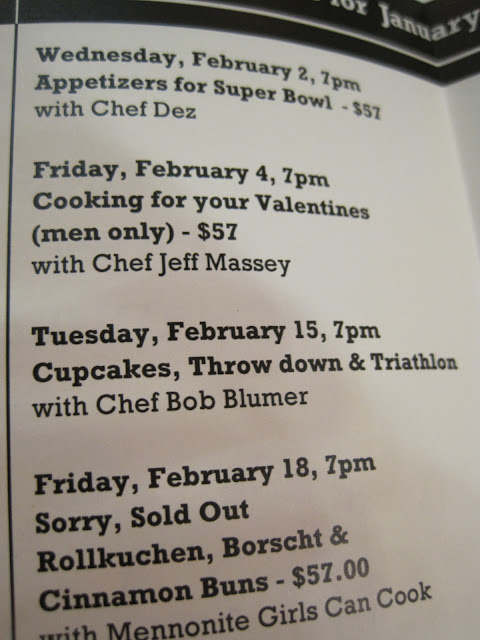 OH . ..good grief . ..there we are.
We better pay attention at cooking class since it appears we are Sold Out.
Crazy . ..just crazy. 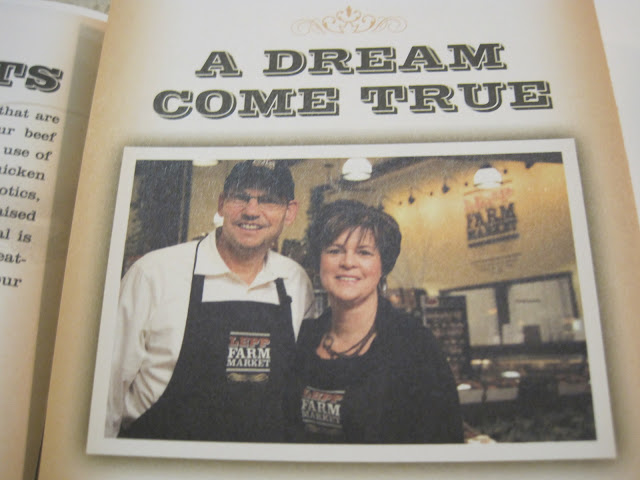 Our hosts Rob and Charlotte have been such an encouragement.
When we asked them last year if they would come on board to sponsor Mennonite Girls Can Cook by donating to feed hungry kids.  .. .they jumped on board and have only looked forward by suggesting to us more giving opportunities.
Charlotte emailed me a while back and wondered if we would be interested in doing a cooking class with them. . .and said they would donate all the proceeds to our charity.
We were blessed at their generosity and gave them a resounding . . .yes.
﻿ 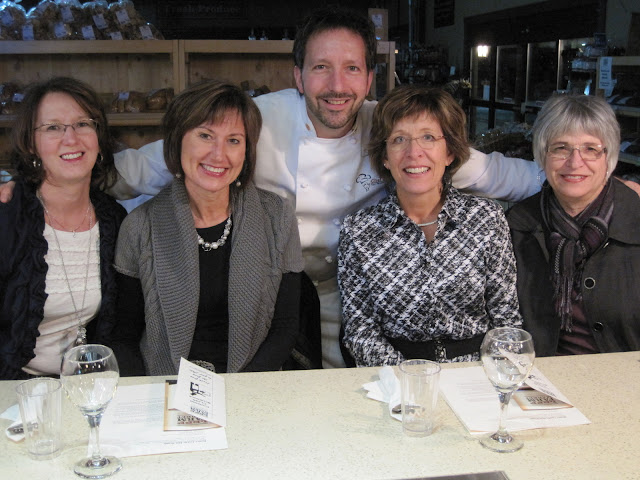 So .. .here we were.  ..ready for class to begin with Chef Dez.
Anneliese. . .Kathy .. .Bev and her husband joined myself and my beloved for an evening of fun and very tasty treats. 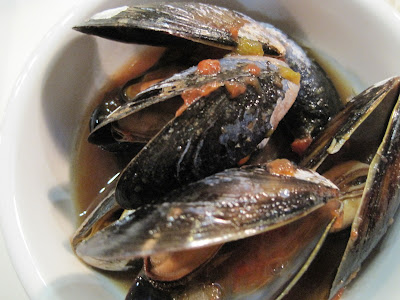 He started with the simplest Mussel recipe ever which was something I've never made . ..mussels that is.
Oh . .it was tasty. . .absolutely delicious.  I'll be serving that one at my next dinner party. 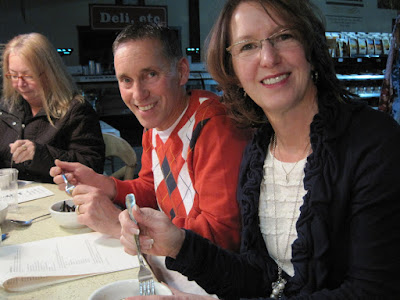 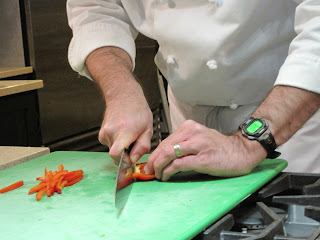 We had a lesson on the right way to hold a knife and were treated to his two slicing mishap stories which included trips to the ER. 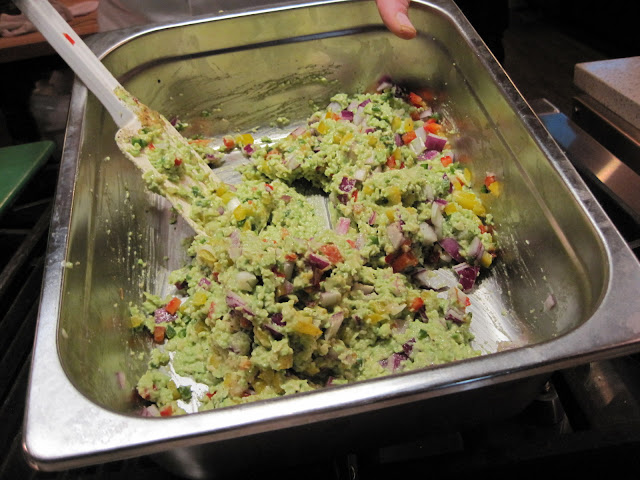 Next. . . he made a fantastic guacamole.. . .which was put aside until the nachos were complete. 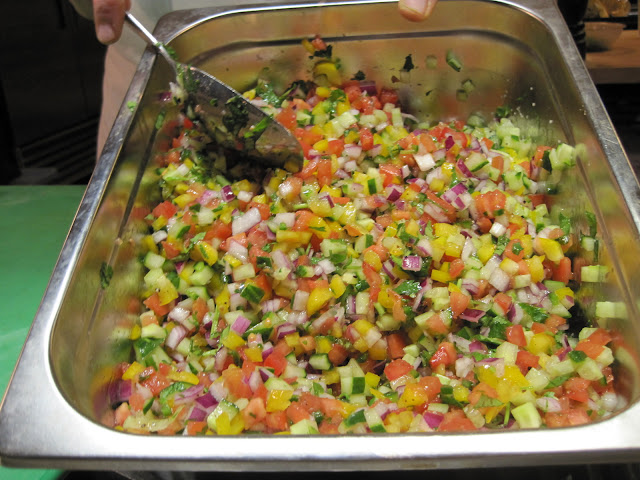 He made a fantastic fresh salsa which was colorful and flavorful and still makes my mouth water as I remember. 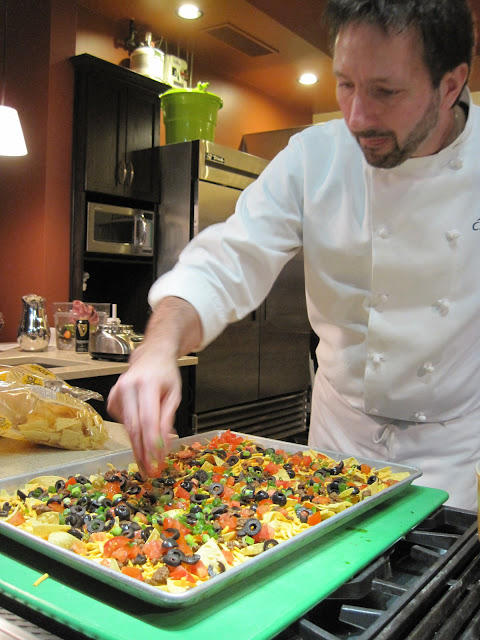 Then .. .he showed us how to make the most fantastic tray of nachos.
You might think there are no tricks left in making nachos.  .
but unless you've tasted his. . .
I expect you could learn a thing or two. 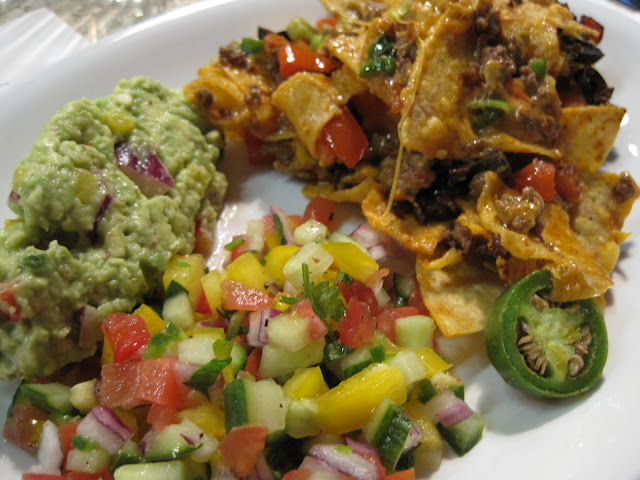 As he was finishing of the chicken wings.  ..we enjoyed our plate of nachos.
Let me just say here that the cost of the class was all worth it and then some. 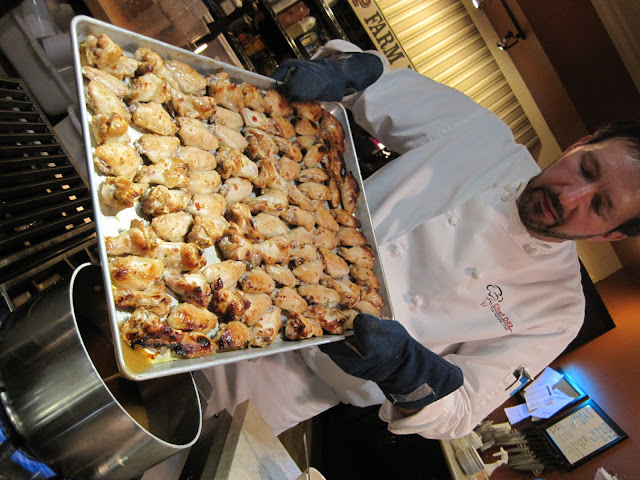 Here he is using the juices from the wings for the glaze sauce.
In between the actual cooking instructions we were treated to one fun story after another.
I did have random thoughts here about how we will need to come up with a few of stories to keep our guests intrigued. 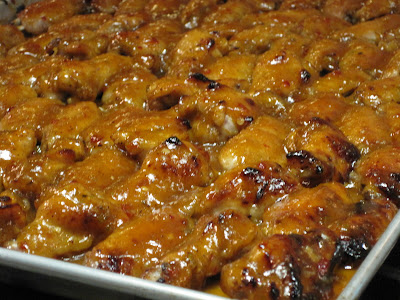 Wednesday night date night . ..
something I've never done but expect to find myself doing regularly hence forth.
Cooking classes are not all about learning . ..
it's also about spending time with people you love.  . .
sharing good food.  ..
and maybe even heading home with a new product and maybe a cookbook for some pretty tasty food.
all for now ..