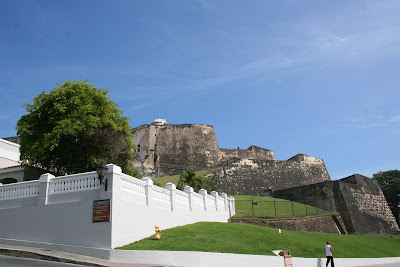 From our hotel room in Old San Juan we could see the beautifully kept grounds of this historic fort and rather than taking the trolley. . or using a map. .
we headed in  the general direction.
The Castillo de San Cristobal was built by the Spanish and was finished in 1783.
It covers 27 acres. 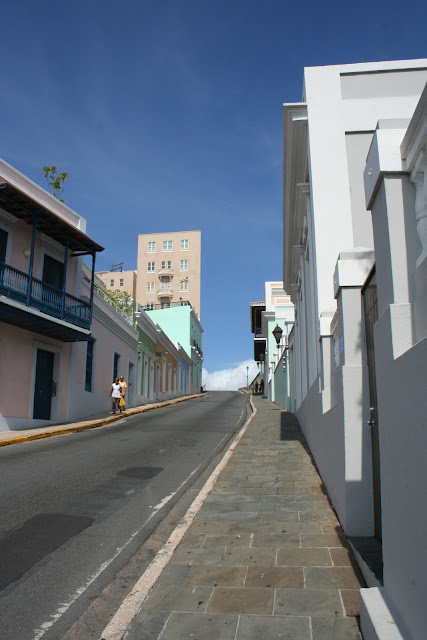 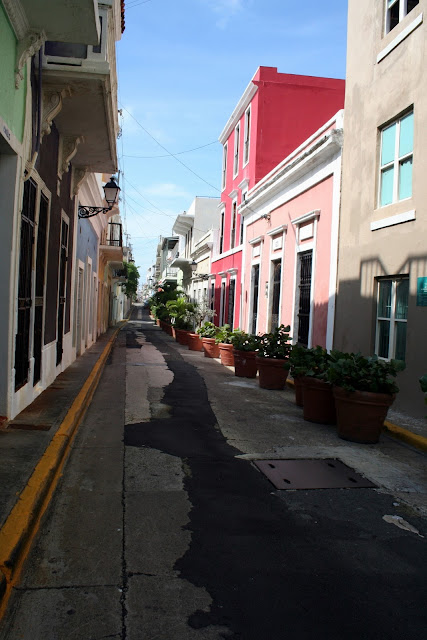 ..and down this street. 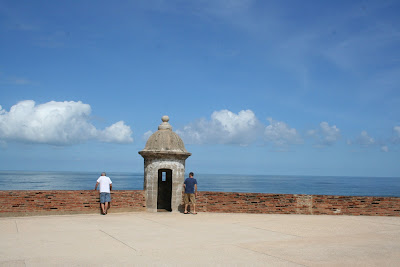 We had plenty of room to explore and let our minds imagine what it must have been like to reside in the fort during dangerous times in history.
From the top of the fort . .
you can see what is coming across the ocean.
Cruise ships come and go past the fort now. .
but I imagine that anything coming across back in the day was met with less of a welcome than we received. 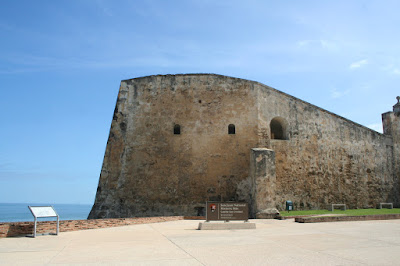 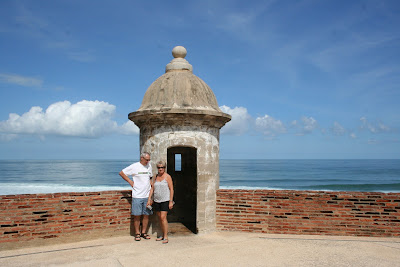 Ken and Mary are standing at ease beside one of the many sentry boxes. 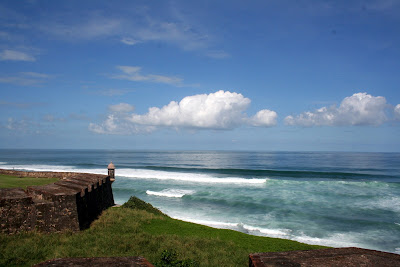 It is hard to comprehend the battles that this fort has seen.
Today. .
it is just beautiful and impressive. 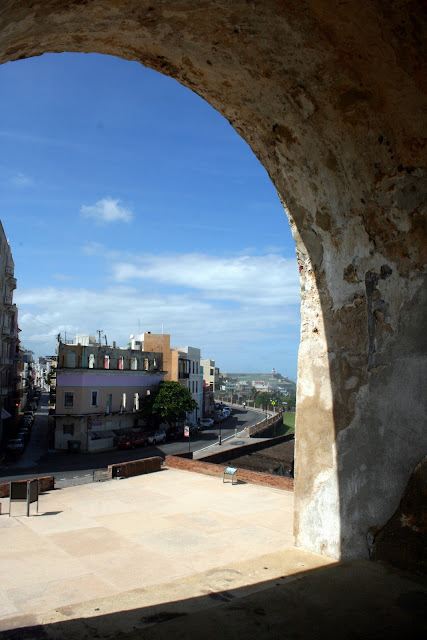 This fort was not made with 2 X 4 construction.
Clearly ..they had different building codes back in the day. 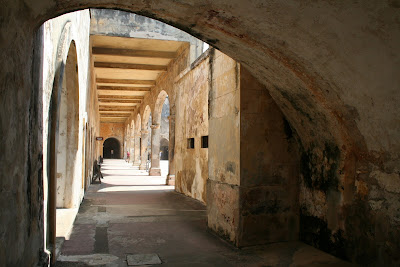 It had an impressive tunnel system that we explored.
Though I didn't take any pictures from beneath in the tunnels. .
I can tell you the acoustics are quite amazing.
I couldn't help it. .
every now and then I broke out in the doxology which was written in 1692.
My sister by love Mary. .joined me.
Singing in harmony. .
Praise God from whom all blessings flow.
Praise him all creatures here below.
Praise him above ye heavenly host;
Praise Father, Son and Holy Ghost.
Amen.
Thomas Ken 1692 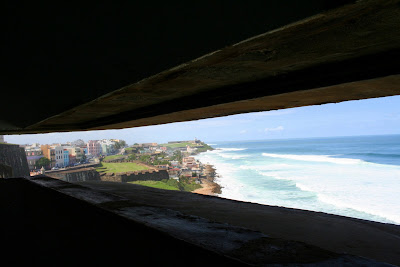 I got goosebumps every time. .
knowing that surely some of the residents of the fort cried out to God. .
looking for protection as they saw approaching ships. 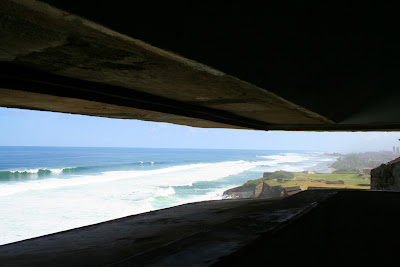 These lookouts were used during the second world war. 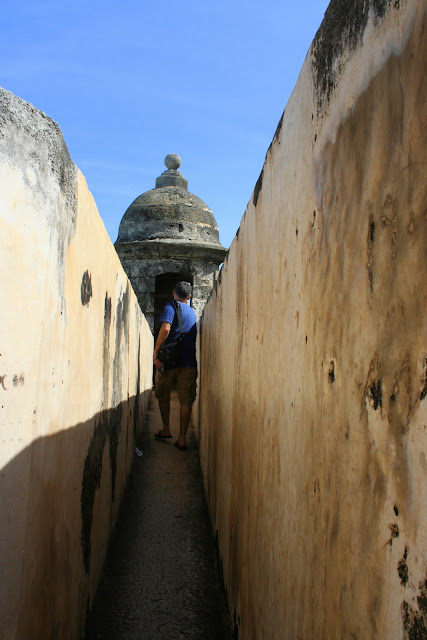 The fort had five underground cisterns. . .
which held 716,000 gallons of rainwater. 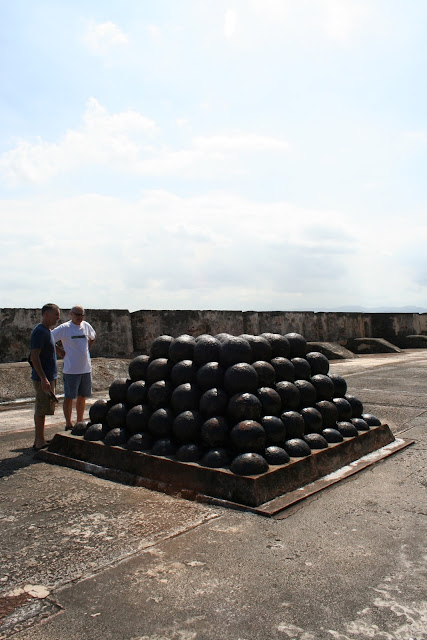 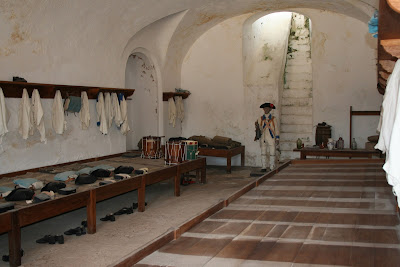 They had exhibits of military clothing and the bedroom which housed the men. 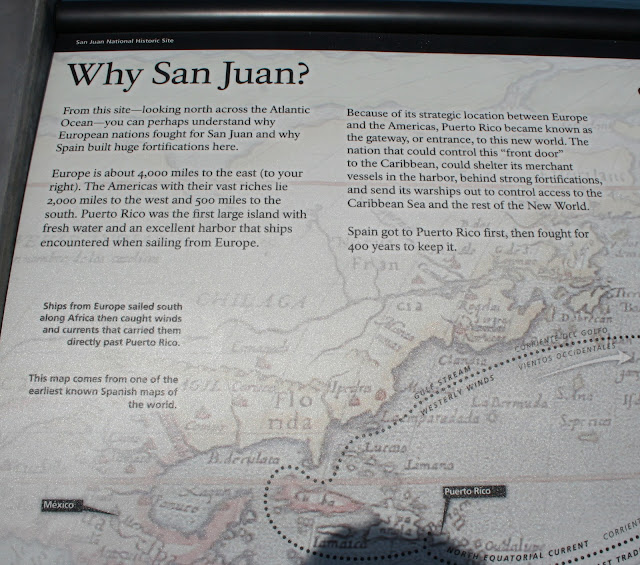 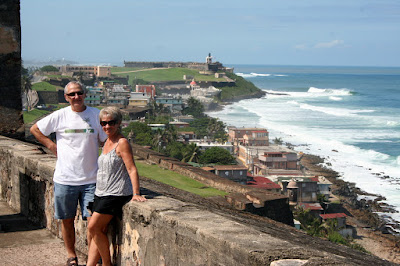 In 1949 the fort was established as most impressive structure in the new world and declared a World Heritage site in 1983. 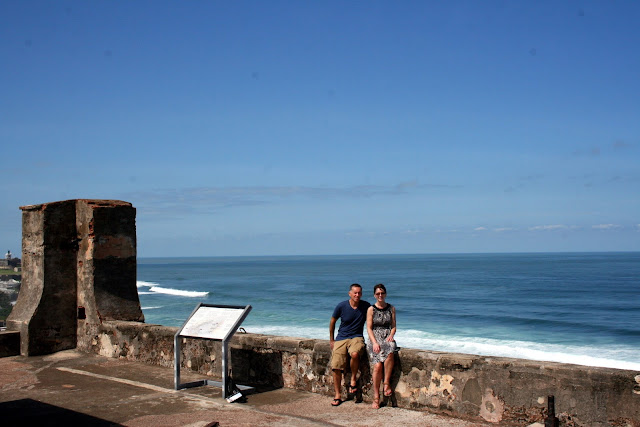