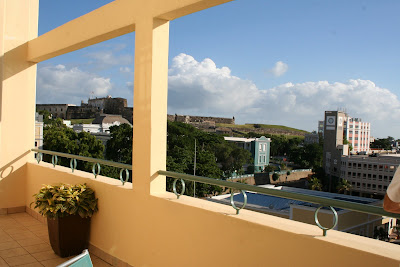 Our first morning in Old San Juan was most delightful.
I'm an early riser most days so waking up Atlantic time suited me just fine.
I tore open the shutters and threw up the sash.  ..
and saw the warmth before even feeling it.
The patio door was opened and the rush of damp warmth met me and I remembered again why we love tropical vacations. 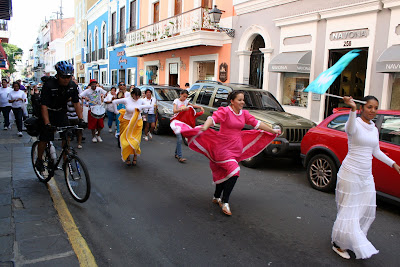 While walking the narrow streets we were met head on with a parade in progress.
It was rather impromtu with singing and dancing and police escorts on their bikes.
When they passed us, they handed us tracks in a language we could not read . .
and then mentioned Jesus . ..
and then their smiles spoke volumes and we understood the reason for their joy. 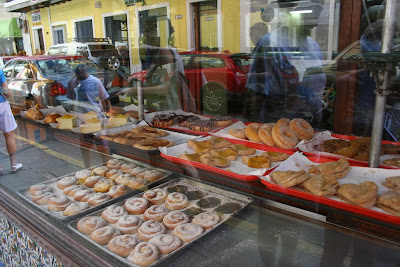 We had breakfast in a bakery cafe that we knew would be tasty judging from the line up  for a table.
I'm just saying right up front that going on holiday and avoiding and resisting pastries that are offered up takes an enormous amount of will power. 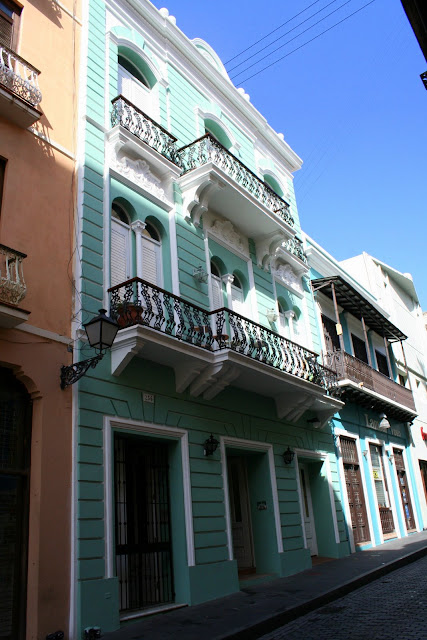 Old San Juan has cobble stone streets built on a hillside surrounded on three sides by water.
We spent the days just walking though the quaint streets with each building attached to the next with each it's own flavour.

(in the bungalow. . .I am beginning to put up Christmas decorations. . .enjoying dinner with friends. . and generally regaining  the sense of Pacific Time .. )