The Empress of Japan 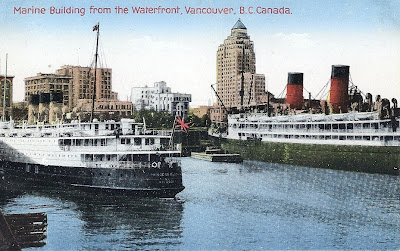 I found this postcard featuring the Empress of Japan which was  a passenger ship from years ago.
I wonder what they served back then on cruise ships.
this ship was the the second of two ships that was owned by the Canadian Pacific Steamships.  It's route was the Pacific between our west coast and the Far East.
She was the fastest ocean liner on the Pacific at that time. . carrying the Royal Mail and passengers.

It was refitted for wartime service and was renamed the Empress of Scotland following the Japanese attacks on the Empire. 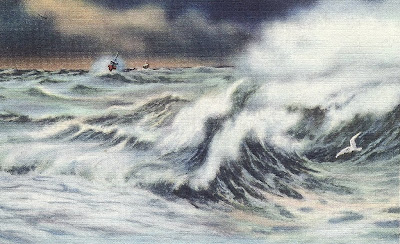 My selection of old postcards included this photos of ships being tossed back and forth in what appears to be a stormy ocean. 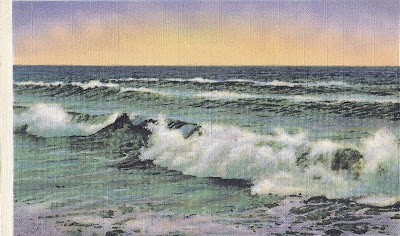 Ah .. .there . .that is better. .
I'm hoping that my cruise experience will be calm. .
and the waves will be nothing more than a gentle rocking to sleep at night.