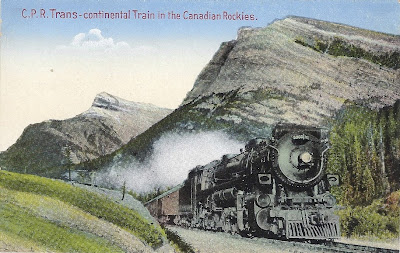 I opened up my album with the original postcards that belonged to my grandmother.
One hundred and twenty five years ago on November 7th 1885. . .
the Canadian Pacific Railway was finished.
The last spike was set in a place most of us have never heard of. . Craigellachie. .a few kilometers west of Eagle Pass between Revelstoke and Sicamous, BC.  The line that was started in the east. .finally was connected to the line that started in the west. 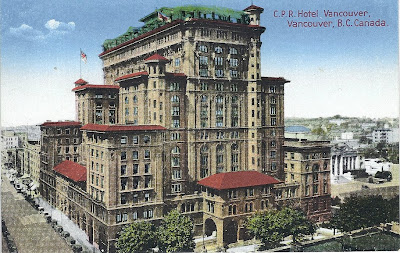 Apparently it was a bone chilling day.
The dignitaries came out of their private rail cars just in time to take the honour of hammering in the last spike.
It is said. .that Donal A Smith the eldest of the directors for CPR was given the honour.
He bent the first spike. .was given a second one which he successfully nailed in but then promptly replaced it by a third to prevent souvenir hunters from grabbing the spike.

Once the line was complete luxury hotels were built by CPR and they also created a steamship line to bring people to the country.  I suppose that is when tourism in Canada had it's beginnings. 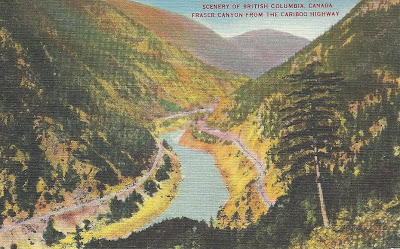 Though the scenery along the Canadian Pacific Railway is something to behold the entire width of the country. .I haven't seen it further than Ontario.
It is British Columbia that I am most familiar with . .particularly the Fraser Canyon. 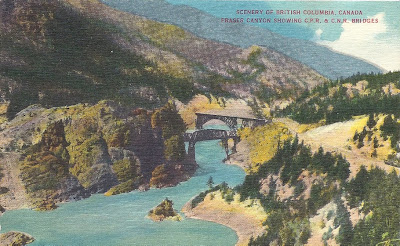 One day. .I aim to ride the rails. .from the west all the way to the east.
I have bloggy friends all along the way. .
perhaps I'll pick a few up along the way.