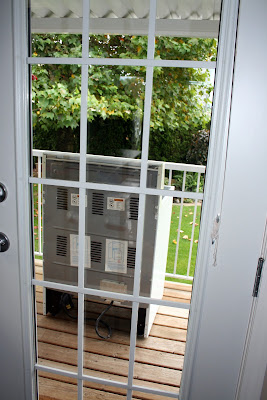 On Thursday morning my beautifully risen pumpkin challah lay on the counter top slowly deflating.
Where does an oven go when it refuses to get hot?
It goes on the porch for time out.
Poor thing, didn't even have a front door exit ..
but I felt the least I could do to respect her thirteen years of service . .
was to turn her back to avoid eye contact with the new oven coming in the front door. 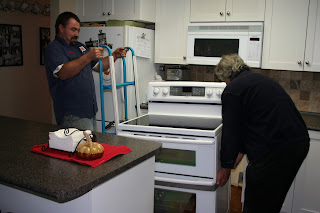 We had tried...
oh yes we had.
Thinking it was simply an element problem. .
we took the cold element into the m*ytag shop to have it tested.
It seemed that the element was fine and upon testing her other faculties. .
she was deemed to be worth more in parts than in whole. 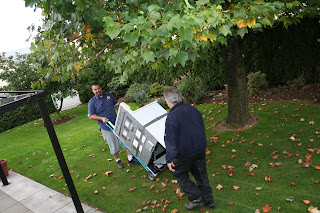 My beloved declared me to be a mennonite woman no longer able to cook and sent me to town to scope out new models that would in fact make my cooking easier.
I came home with reports of new ovens with double ovens. .
"we'll go have a look"  .. he said. .
And we did.
The brand new model on the floor not yet 24 hours old. .
sold to the man with the mennonite wife who could not cook. 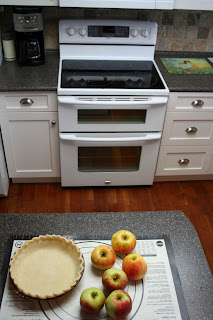 As soon as the boys in blue left. .
The new oven and I got acquainted over some apple pie.
I pulled the deflated pumpkin challah out of the refrigerator.  .
gave it a good massage. .and reworked the braid and voila. .
in my new convection oven. .
it suddenly rose to levels I had not imagined.
It was a good day here in the bungalow. .