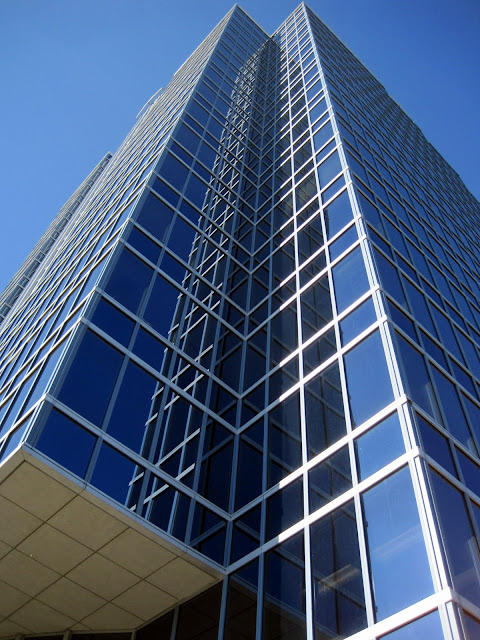 The last time we went through the Passport Application process. . .
it was a rather overwhelming and daunting process.

On Monday evening. .
we had been at a "going on a cruise" meeting.
It was mentioned rather casually that we should be sure that our passports had 6 months before expiry after the end day of a cruise.

Really?
Did you know that?

In the morning. . .I did just that and went for my retake. . .
shopped around for 30 minutes. .
picked up our passport pictures and went home to fill out the applications. 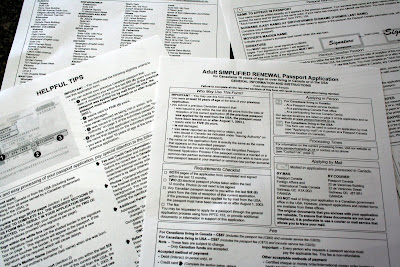 I remember the last time we did that. . .
I printed out the empty applications and filled them out. . ..VERY carefully so as not to need to begin again.
This time. ..I filled in the blanks on the computer. . .
read it over. .
printed it off.  .
and had him sign on the dotted line in the box without touching the box sides . . .signed my own. .
checked online to see how the line up was looking at the city office. .
and was on my way.

Once in the office I spotted a friendly looking face. ..
sat down and had a nice chat with a total stranger.
Her number was called. ..
and someone spotted my face. . .
sat down beside me. . .a total  stranger. .
and we had a nice chat.

Once my number was called. .
I had a nice chat with the girl at the wicket.
(I casually wondered and suspected out loud that I was likely not allowed to take pictures in the office. .
she affirmed my suspicion)
She said she was not allowed to blog at home.

Really?  I could not do her job.


Let me just say this. . .
In a world where everything seems to get more complicated.  .
I was a happy girl to have one thing. . .
less complicated.