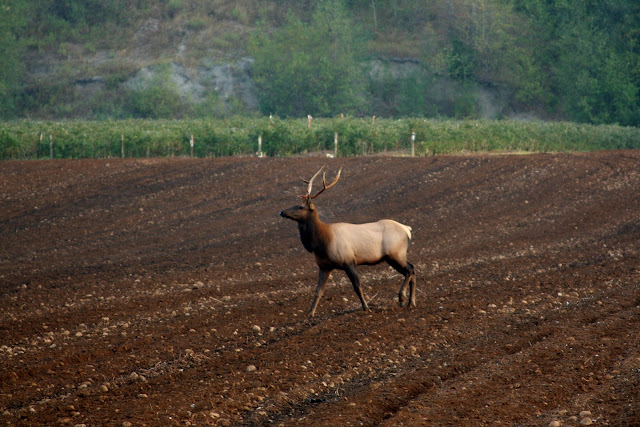 On Saturday morning we were having a nice cup of coffee and chat. He's not one to interrupt during a spell binding tale of adventure but suddenly he stood up and I could see I had lost him. 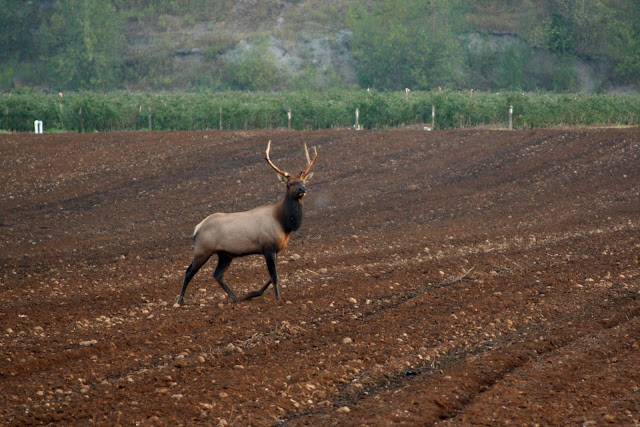 I followed his lead and together we gawked out the front window directly across the street on the freshly plowed berryless field. 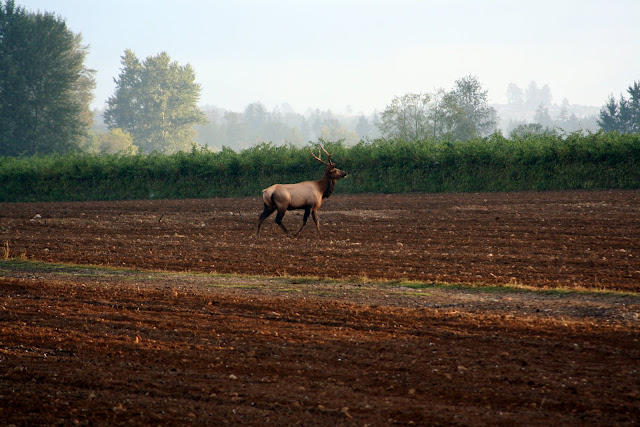 He was headed directly across to us. .
until a pick up stopped between him and us. . .
and that was when he decided that he would return from where he had come ..
where ever that was. 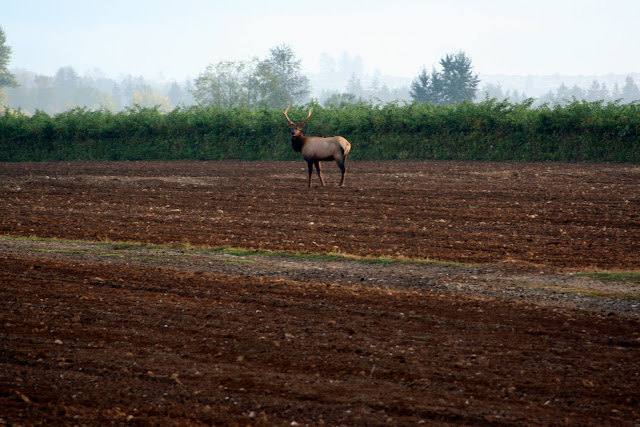 He did stop and turn to check us out one more time.

Now there is something we have never seen here before on the farm.
All for now. .

elk life on the farm