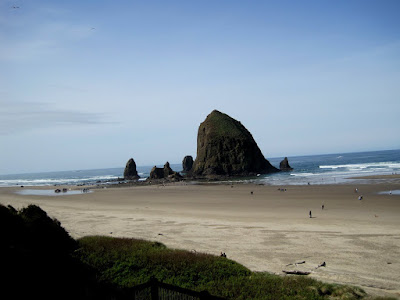 On Sunday morning we woke to crisp blue skies . .
and after we finished our pot of coffee we ventured down to the beach where we expected to see it crowded with folks . ..
staking their spots for the day.
What we saw instead was more real estate.
The tide was out further than we had ever seen it before and so we headed to Haystack rock to see what all the hub bub was about. 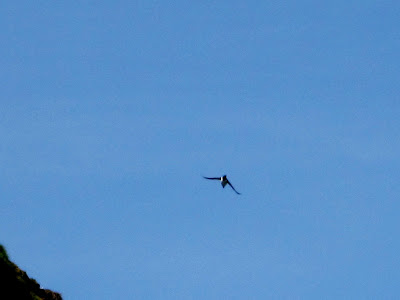 The local volunteers had telescopes set up to observe the puffins who have arrived to nest.
So far. .
they are only foraging for food and setting their sights on their nesting spot.
I could not capture a Puffin properly . .
this was the best I could do with my little powershot set as far as it could see. 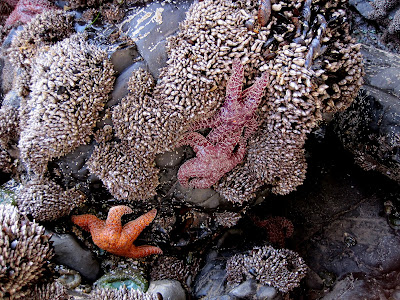 We tend to lose interest much faster than most folks and we left them to their puffin observing.
Further down the beach we found we were able to head out to the huge rocks and climb about looking for starfish and mussels . ..jelly fish and other things we could not name. 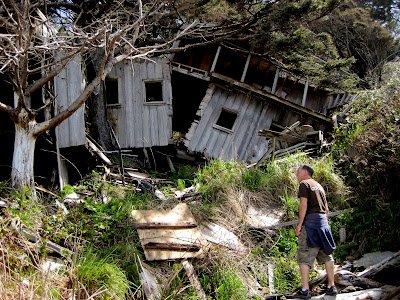 Since the tide was out. . .
we were able to walk out around the bend to the next beach and found this shipwrecked house or beached house. . or house taken out by storm or tsunami.
Terry went up and did a proper tour . ..
I declined. 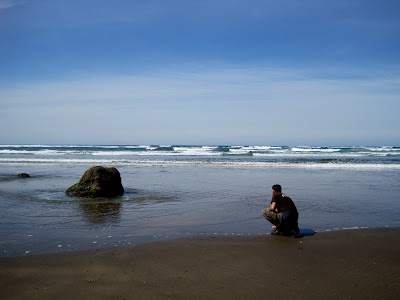 The beach was empty . .
except for us. 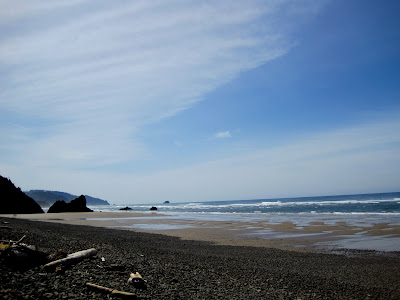 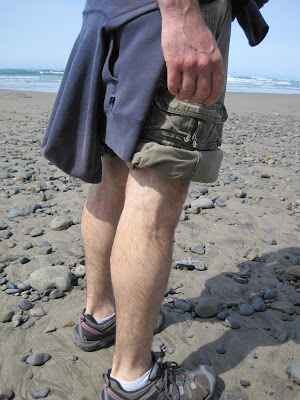 He felt it was safe enough for him to roll up his shorts a little higher . .
the kids back home always get a kick out of this habit of his. 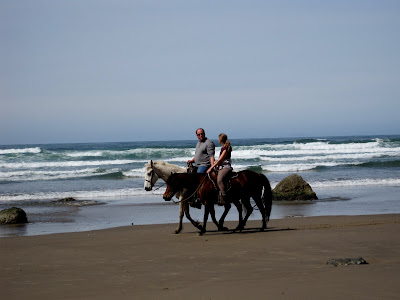 We were finally met by others . .
out for their morning walk. 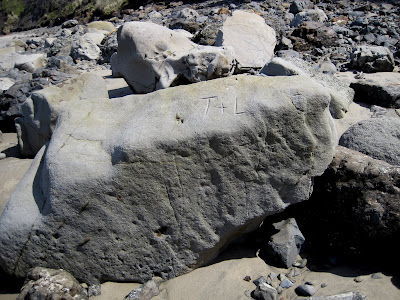 When our tummies began to grumble . .
we turned back . .
passed our rock . .
and talked about what there was to eat back at the trailer. 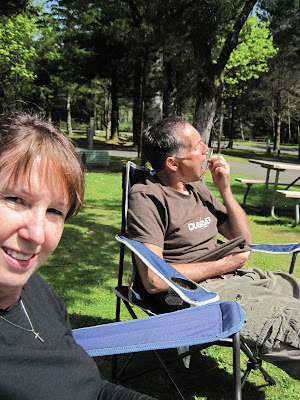 After lunch . .
we sat and read.
I have discovered this holiday . .
that he is better at cleaning my glasses . .
than I am. 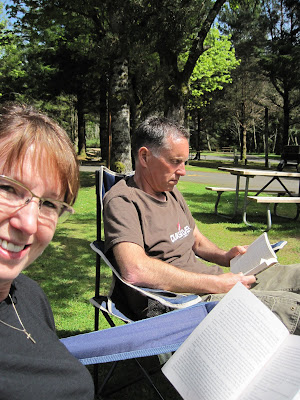 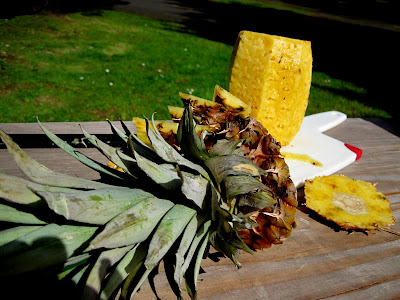 We may not be in the tropics . .
but it sure did feel like it yesterday.
All for now . .