It is a short two block walk to the beach from our campground. We walk up a set of stairs . .
and then look down to the beach.
Every route we take is a bit different but all equally wonderful.
After a two hour walk down the beach and then back up through the town . .
we headed back for lunch before driving to Astoria to the Maritime Museum. 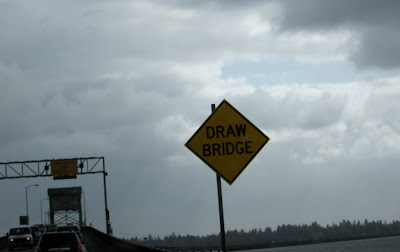 As we were crossing the bridge. .
my beloved (paying attention to the local road signs). .
began to urgently asking for a pen. . .
as I quickly searched in the console. .
he chuckled.
Those of you that know him. .
will also offer him the same look I offered him once I realized the sign I was looking at. 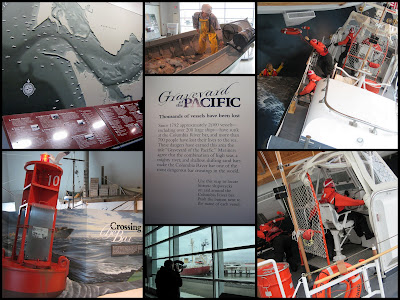 The Astoria Maritime Museum had several parts to it.
We learned that crossing the bar from the ocean to the Columbia river has cost many lives since explorers and even today. .it is a dangerous passage .. especially through the winter months.
The picture on the top left of the collage is dotted with the different ships that have sunk.
I found it interesting .. .yesterday a Canadian barge carrying scrap metal had capsized near Astoria. In this case there were no injuries, deaths nor was there a major oil spill.
One part of the museum had life sized ships with demonstrations of the coast guards at work. 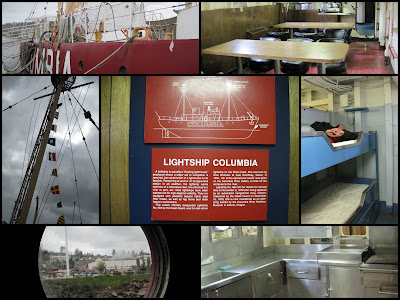 Part of our ticket allowed us to tour a lighthouse ship that has been decommissioned and is tied to the dock.
If you notice further down.. .I have the menus that the ships galley provided for the sailors. 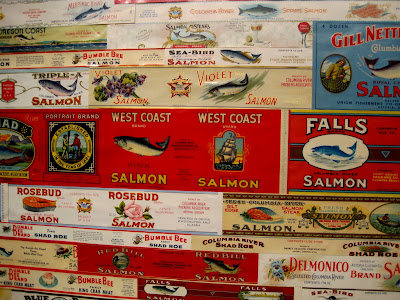 When Astoria was in it's prime of being a major fishing village . .
it had 30 canneries.

The pictures of the salmon was quite amazing.
I found the labels of the cans quite artistic. 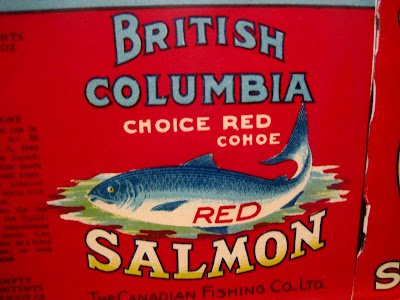 Oh . .and even a label for us back home. 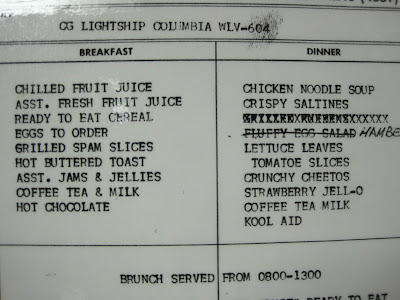 So. . anyways. . back to the galley kitchen. .
we were somewhat alarmed to see of all the things to strike from the menu ..
those chose to take off fluffy egg sandwiches and offered hamburgers instead.

Good to see though that koolaid was offered at every meal. 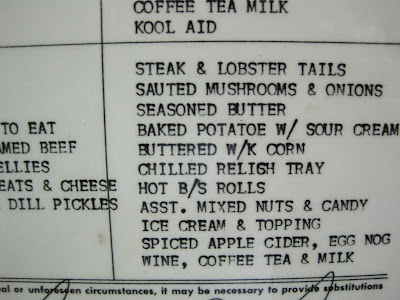 But. .if you survived the week. .
you were rewarded with steak and lobster tails and even the koolaid packets were put aside. 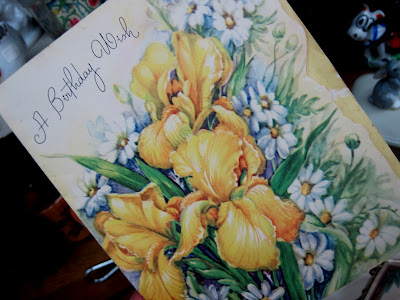 After our museum visit we wandered through Astoria's many Antique stores. .
I selected a card for Jill .. .
took a picture of it ..
and carefully tucked it back in the stack. 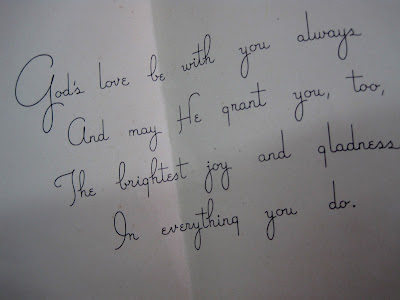 On the way home. .
we stopped at the local pharmacy to purchase envelopes.
We now have 80 envelopes . .79 left in fact . .
in case we ever need to mail another money order to the fine folks who are not so fussy about us driving in the third lane.
All for now .. .