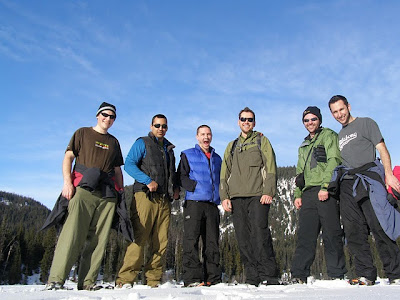 For the most part. .
when I tell a story I know of what I speak but in this particular post ..
I am making up most everything but the pictures themselves.
The part I do know is that our son Stuart. . .(on the far right)
went camping last weekend.
His cousin Ken (next to Stuart) .. .took these great shots and sent the web album to Stuart who sent the pictures on to me. 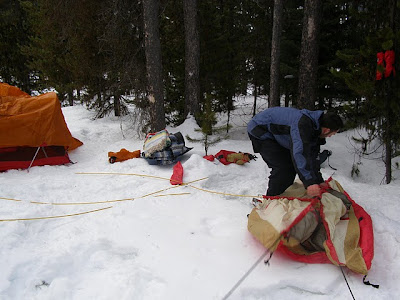 I also know that Stuart and Ken are in the same care group. . .and we hear tales about the group of guys that have become friends over the last few years.
This last weekend they went camping up to Manning Park ..
the same place we often go camping to in the SUMMER.
Since no narration accompanied the pictures that Ken took and Stuart sent me. . .
I had to make up my own story.
On Saturday Morning . . .
they arrived up at Manning and pitched their tents in a sheltered spot next to the frozen Lightening Lake. 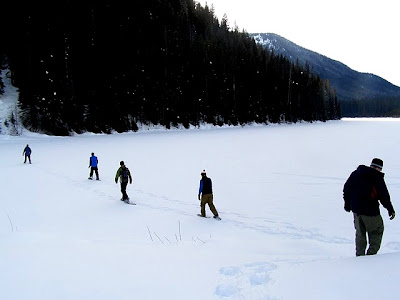 They put on their snow shoes and all tried to keep up to Stuart .. .
(he is the one in the front). 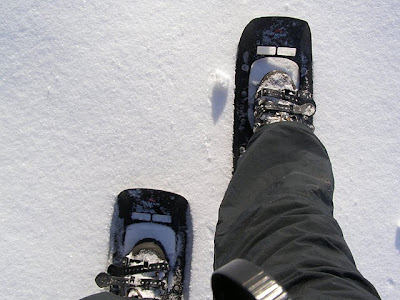 Ken was last but only because he was the photographer for the group. . 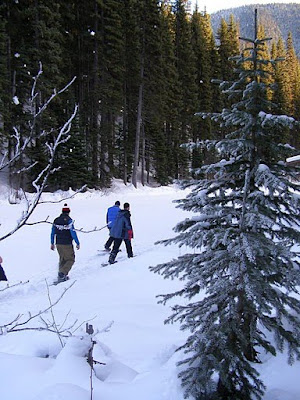 They hiked across the lake and stopped under the rainbow bridge where . . . 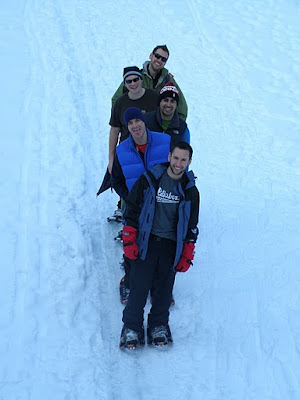 In this picture you can see that boys can be cooperative when the camera is out. . .

I had begun to think not since every time I try to take pictures of my boys they make sure I don't want to post any of them. 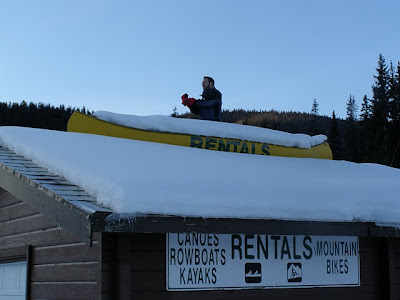 After a bit of hiking. . .
there was some discussion about canoe rentals. 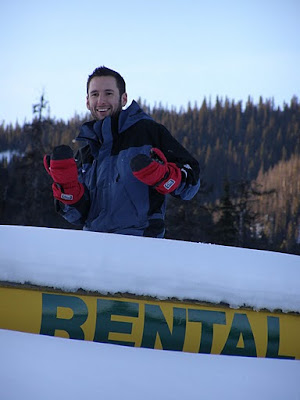 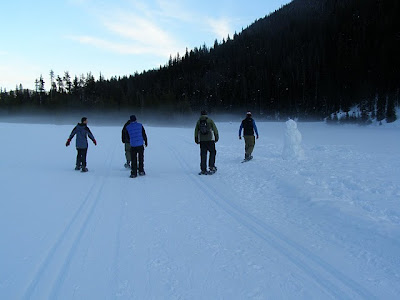 At some point they decided to snowshoe down to the highway to see the Olympic flame which was being kept safe . . . 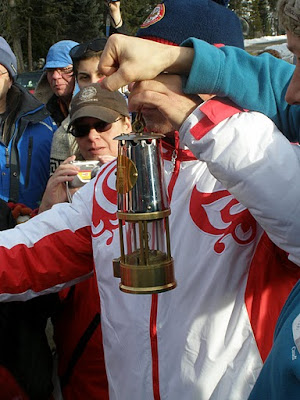 After seeing the Olympic flame that will make its way to the Opening Ceremonies they hiked back up to the lake . . .
and with a new enthusiasm for the upcoming games . . .
they began to practice. 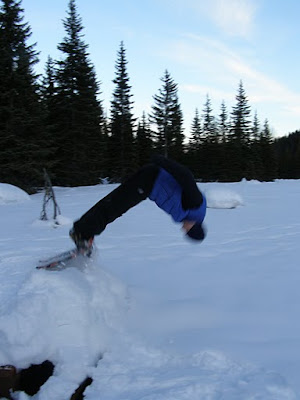 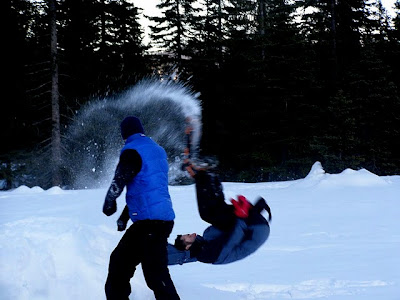 he is in the way in this shot.

It would have been a good one too Ken .. nice shot. 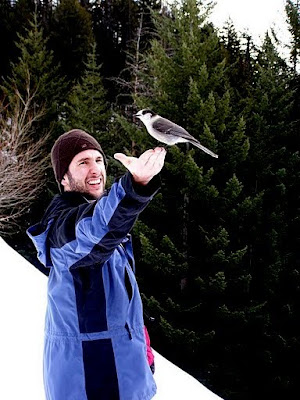 Before coming home. .
they made a few new friends.
Whisky Jacks are always friendly and in winter probably even more so. 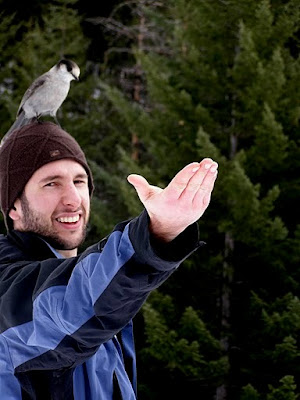 British Columbia really is a very beautiful place in winter.
I do hope that the guests that arrive this week. .
will think so too.
All for now. . .