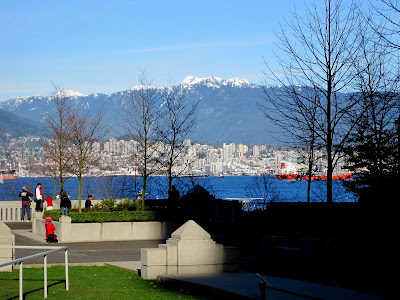 What a fantastic day in Vancouver yesterday.
The sun was shining and the snow "capped" mountains were gorgeous.
When we got home last night I quickly loaded a few pictures and I'll post the rest tomorrow.
We found the nicest man at a McDonald's parking lot in Richmond that offered to drive ahead of us when we got pathetically lost. The drive in became a little longer than it should have been but we had given our self plenty of time to make it for the 12:00 game. 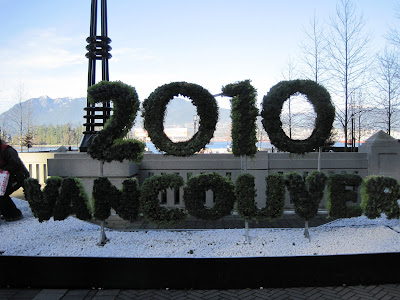 We arrived at our parking spot at the River Rock Casino which is only a $2 parking ticket if the parking meter is working correctly.
When we arrived back last night. . there was a $48 parking ticket because the machine recorded our stall number wrong. We know it was the machine's fault because we both said the numbers as I punched them in. . and even I can't mix up 1235 and 005. When we printed the receipt we made sure we had enough time paid for and didn't bother to check that our stall number was wrong and . .. so let that be a lesson to you.
Do you think that if I send a nice letter they'll believe me?
The Olympic slogan everywhere is I believe.
So . .that was the bad news of the day the rest was wonderful. 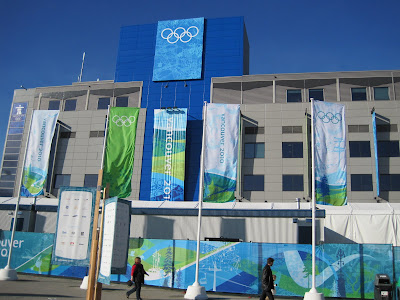 We made it to the Hockey house early . ..very early but that was fine with us. .
we were happy to relax and get through the security early and wait for the action to begin. 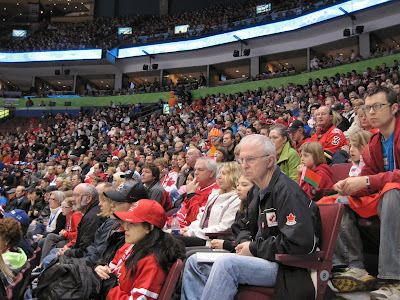 We had very fun seat mates at the game which made the game all the more interesting. 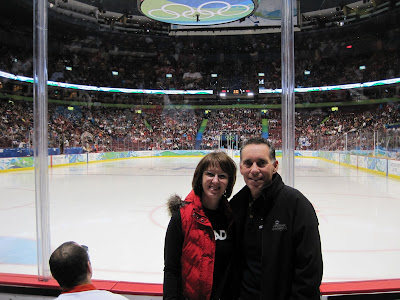 I've learned that if you ask your spouse to take a picture of you . .
someone will most often offer to take one of you together. 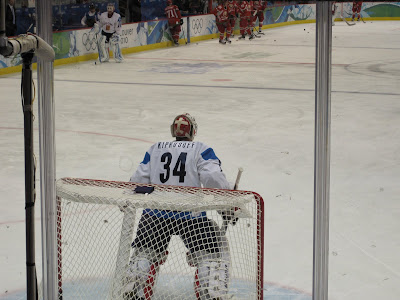 We sat right behind this goalie who didn't have very much action at his end. 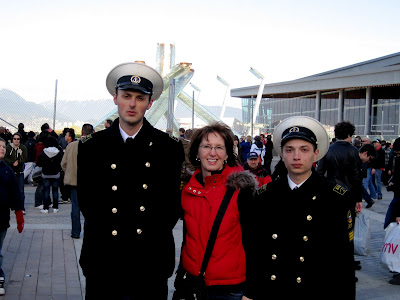 Later on by the Olympic Cauldron .. .
I asked these fellows who spoke no English to have a picture with them. .
they seemed rather solemn . .
which made me want to smile all the more. 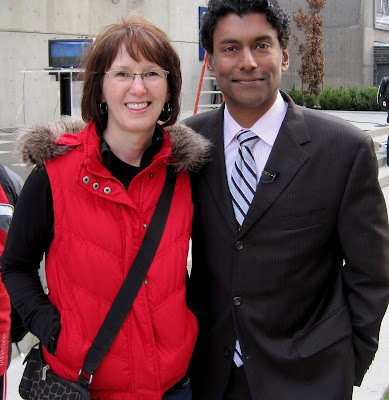 This was a pretty good "important" person find for me.
Most Canadians will recognize him as a News anchor for
CBC News.
I asked Ian Hanomansing for a picture while I waited patiently for a person to finish her interview . . . who was even more of a "important" person find.
More on that tomorrow.
All for now . .