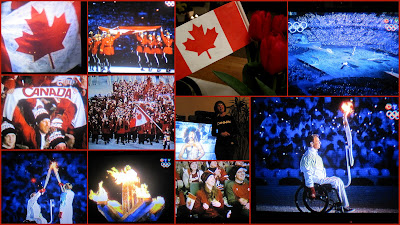 You know you are a blogger when you take pictures of the screen.

I felt it showed each part of Canada in a way that made me want to climb in the truck and pull the trailer across our vast land.

It had just enough of a blooper to keep us humble while we cried with pride. 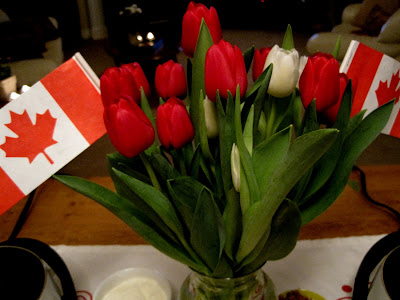 Which restaurant had the best Opening Ceremony Party?

I can tell you that answer ..

It was Kathy's Kitchen. 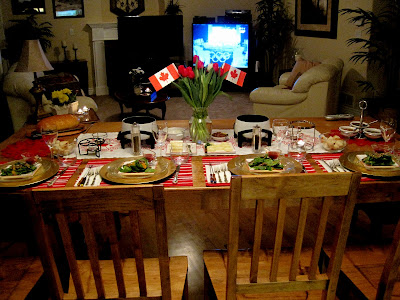 She had the table set facing the television ...

and for the first time in our thirty years of friendship with Scot and Kathy. . .
we all sat on the same side of the table. 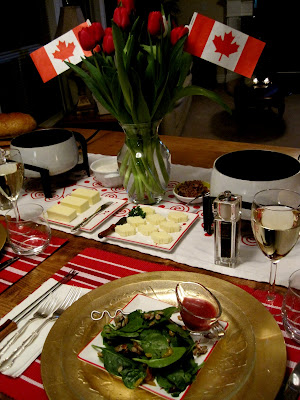 She had a beautiful salad set out on clear plates with gold chargers and of course .. .

to keep the theme of the colors correct.. . . 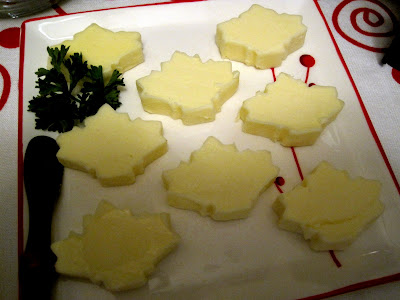 not even the most expensive fine dining restaurants had those to go with the fresh bread she had baked that day. 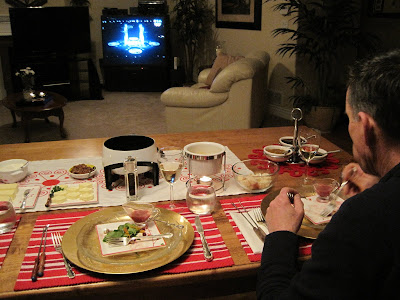 We also enjoyed a cheese fondue which we ate slowly .. .

reminding each other that we had alllllll evening. 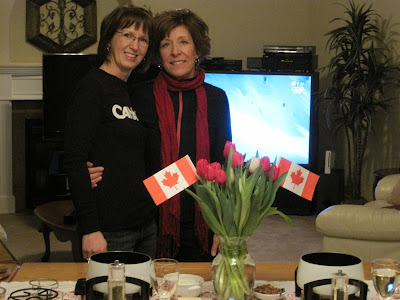 In between we paused for picture ops. .

because we will never celebrate the opening ceremonies of Vancouver together .. . 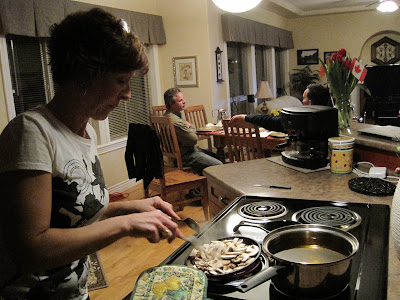 After the cheese fondue .. .

she hurried herself back to the kitchen where she sauteed some mushrooms . .

to go with the beef tenderloin, chicken and shrimp fondue.
Scot and Terry took that opportunity to compare notes of which part they were enjoying the most. . .the food or the Opening Ceremony. 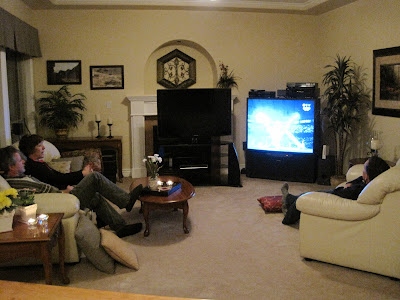 She had the most amazing vegetable presentation but she'll be posting that on Mennonite Girls Can Cook and I don't want to steal her thunder. 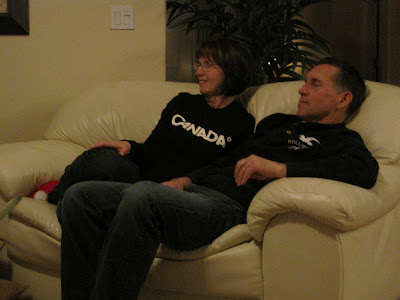 After the the Cauldron was lit down at the Waterfront. . . 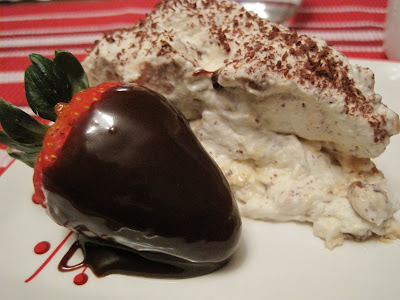 She made a McIntosh Toffee Meringue Dessert which will be put up on the blog too.

Eventually we had to come home. . .

I was tempted to ask her if we could sleep in their spare bedroom. . .

since I know. . I just know she always has Cinnamon Buns for company if they stay over.