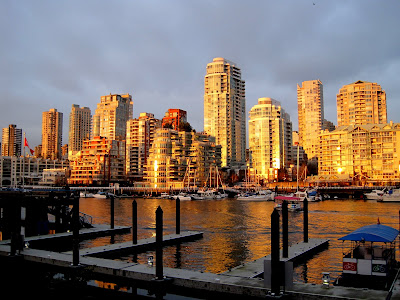 Yesterday. . .
after pouring my beloved a cup of freshly ground . .brewed coffee . . .
I asked him as sweetly as I could ..
"do you want to come with me to Vancouver to see how things are shaping up for the Olympics?"
He said. . ."let me do the chores and we'll see."
That meant we were going .. .and I went to wash my hair. 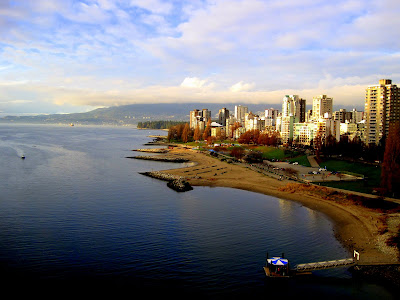 It was a balmy 11 degrees Celsius or 51 Fahrenheit with a slight overcast.
We parked in our favorite spot and set out on foot.
We crossed over Burrard Street Bridge heading to Granville Island Market.

At the other end of the bridge underneath the bridge we found the parking lot for the officials Olympic Cars. 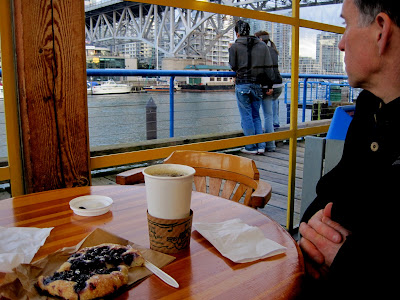 We found some scrumptious blueberry Focaccia bread that I will be making soon .. .very soon. 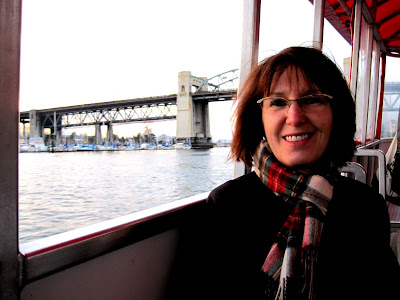 Instead of walking back across the Granville Street bridge we took the sea bus back across . ..
because we could. 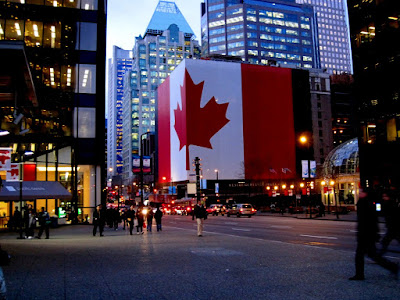 I couldn't resist seeing which sport would best suit me . . .
they had several to try. 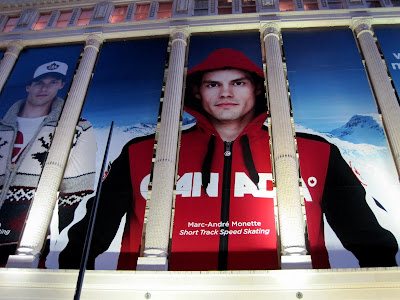 The Bay had these amazing photos. . .
cheering on our athletes. 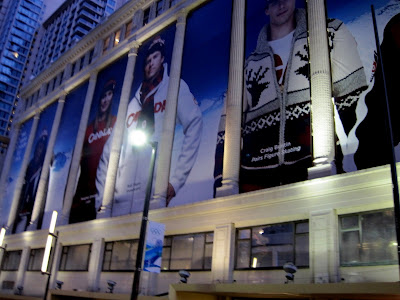 The Bay is the official supplier of our Olympic teams uniforms.
Sure. . they wanted to show them off. 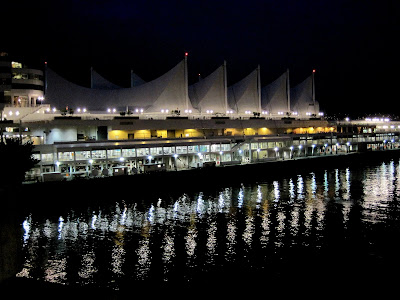 Canada Place was beautiful but the sails were not lit up . ..
I was a bit sad about that.
We walked all around the Convention center. ..
everything was hidden behind special Olympic curtains. . .
no peeking for me. 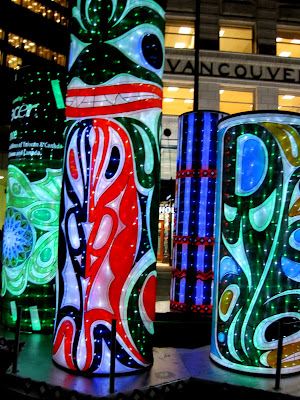 Granville Street is closed to traffic.
The art work is being set in place. 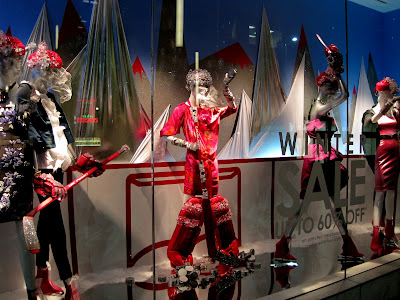 Even the store mannequins are getting into the spirit of the games. 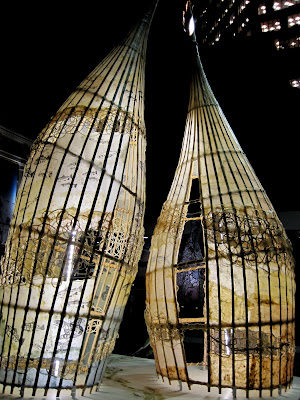 The artwork . . .
was lighting up the street. 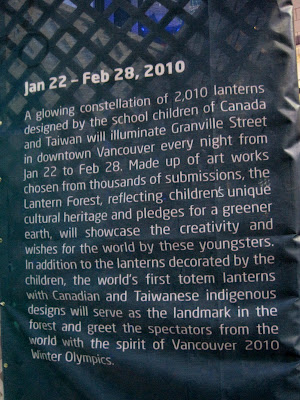 The artwork I enjoyed the most. . . 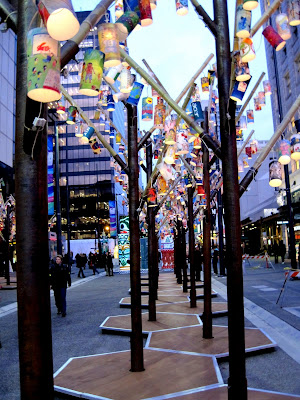 was done by children . 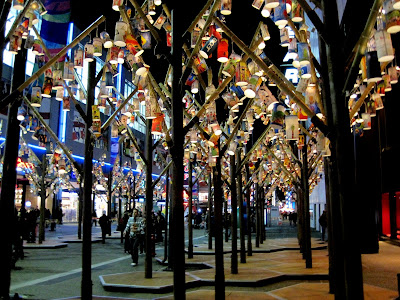