on the third day of Christmas 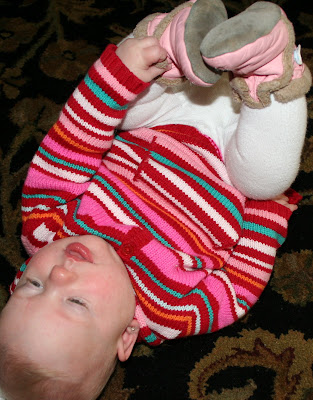 and so I opened the freezer. .

pulled out a frozen stuffed bird. . .

turkey with all the trimmings was served.

It tastes remarkably delicious and the leftovers were divided up with great care.

I noticed this year that being five months old . . . is perhaps the best time in a girls life.You are encouraged to put your feet up. . to nap willy nilly . . and you are given great cheers for giggles. 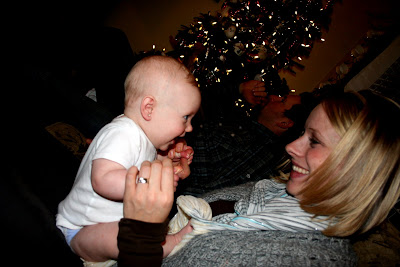 When you begin to fuss at five months old. . .
you are encouraged to disrobe for greater comfort . . .
and the softness on the thighs is considered cuddly and patted with affection.
In the afternoon . . .after the grands were settled for their naps . . the grown ups voted unanimously on opening gifts for each other in a manner of calm and peacefulness.
It is amazing how long it can take two gifts each to open when it's all about savouring the moment
We enjoyed the process of giving and watching the recipient . . . receive.
When the grands woke finished resting . . .
we made them take one gift at a time from the family room to the living room to open. 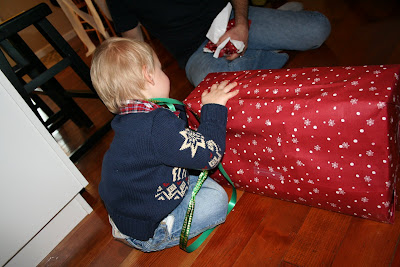 They found this task increasingly more exciting with each trip.

a fire engine for the lil' farm hand and a dolly high chair for grandgirlie . . .

and they were all smiles. 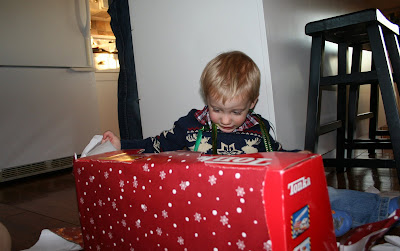 Yesterday I took down the very brittle .. .

I'm leaving the rest up until after the new year.

it's winter after all and the "wintery" decorations will keep the bungalow cheery until spring.