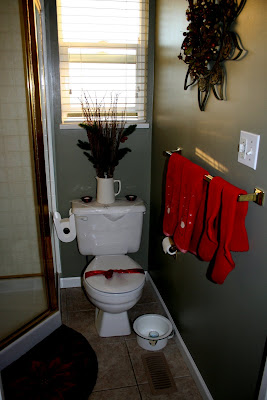 Putting his bathroom into the home tour continued to be up for debate until the day before. 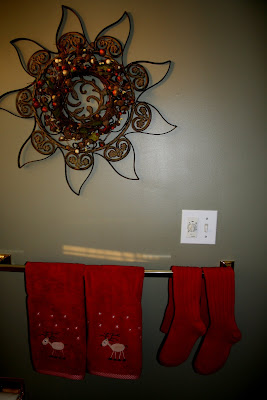 and a few new towels that were promptly put on my dryer. . .

moments after the doors closed. 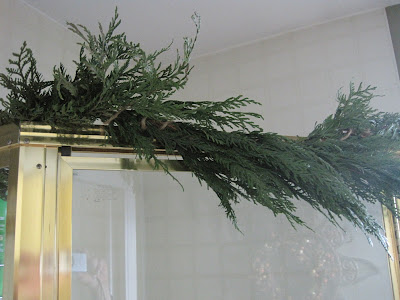 The part that had us both amused .. .

depending on whether it was him or I walking past his bathroom. 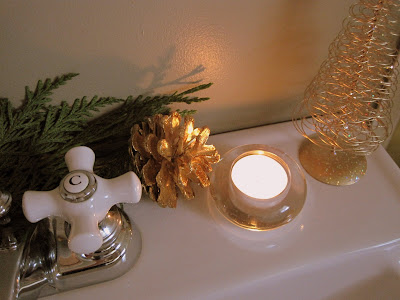 I have no idea how many times I said .. "you are being such a good sport about this all."

It's a full week since the Christmas home tour. .and it is all good here in the bungalow. ..

his Classic Truck magazines are back in his bathroom .. .

the socks are still up. . .and that's about as much Christmas as that bathroom will see the rest of the season.

I documented it. . .just to say Christmas .. .had been there. .and had done that.

It did make me smile .. .at how often I went to turn the lights back off during the home tour hours .. .apparently . . .the low candle lighting was too low for photography.

before we leave this part of the house. .

but tomorrow we'll take a break from the tour. . .

it's our lil' farm hands birthday. .

and I'll be celebrating that precious little boy.