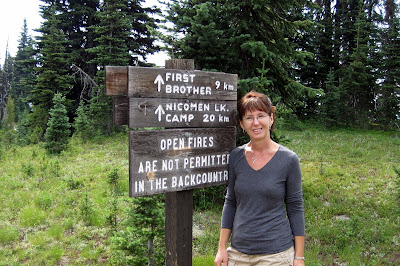 The first week we were at Manning Park .. .
the weather was spectacular.
It wasn't too hot. . .just right for a day hike.
We decided to tackle the First Brother (of the Three Brothers). 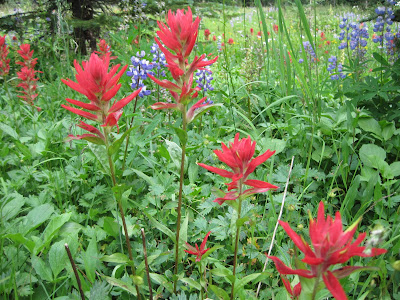 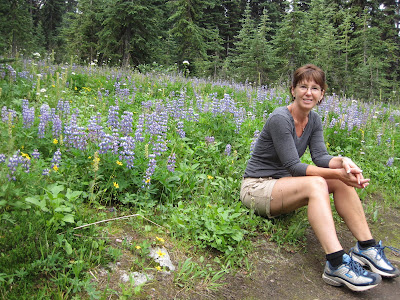 When we arrived at Big Buck Mountain .. .
I asked a group eating their lunch if this was pretty much it .. .
"are we there?. . . .and they pointed to a rocky peak in the far distance. . ."
I sat down to ponder. 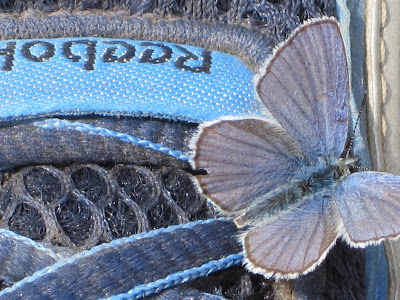 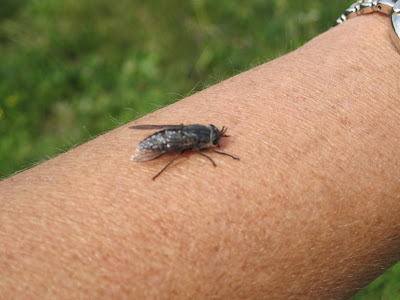 I called this one the

You cannot swat,
When you squat.

The End
by lovella
There is nothing quite as memorable as a horsefly cavern in your flesh of the soft part of your thigh.
I found it interesting to read that trap lines were common in this area in the early 1900's.
Seriously?
In 1931 The Three Brothers Mountain Reserve was set aside and in 1941 it became part of C. Manning Provincial Park. ( he was the province's chief forester who had recently died in a plane accident. . . (never knew that) .. . ) 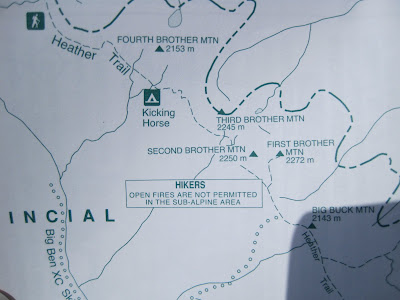 We met lots of folks on the trail. . . .some on their way to kicking horse camp.
I have a hard enough time getting myself up to the first peak never mind carrying gear to the campsite that promises possible bears in the night. . .and no fires. 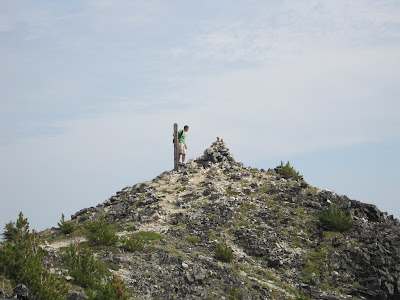 When we got to the top of the First Brother. . .it was hazy with forest fire smoke. . . .but still beautiful. 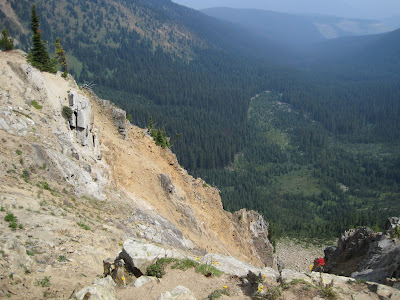 As I stood on this edge. . .I wondered about the path that had been cleared years before below.

My beloved perfected his skill of learning when to stop on the trail.
He hears my first sigh. . .
then waits for the second sigh. .
and when he hears my third sigh. . .

He stops. .
turns around and sees me panting like a pup old dog . . . some paces behind. 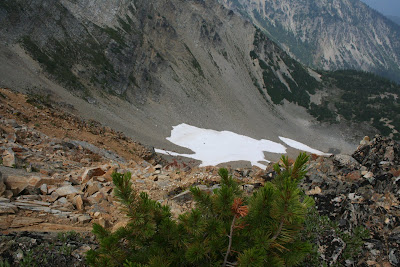 I heard myself say...

my goal is to get in shape.


(Hmmm. ..heard myself say that once or twice before) 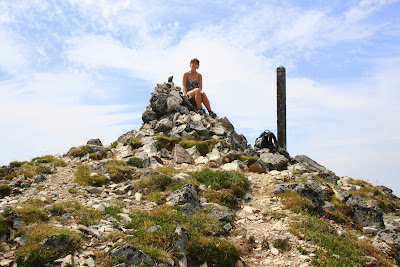 On my year of Jubilee. .

The First Brother has been conquered.

We devoured our lunch. ( more about hiking lunches tomorrow) 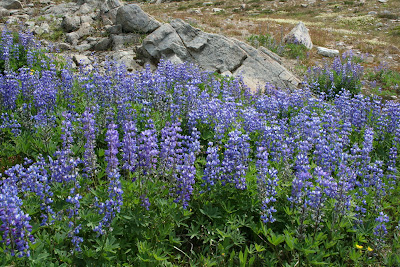 (It was that kind of a hike)

we took pictures of the alpine meadows which was just passing it's peak of beauty but still magnificent. 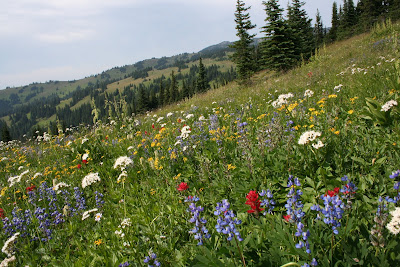 I blamed it on thin air.

Tomorrow. . one more hike. . .just to document it.