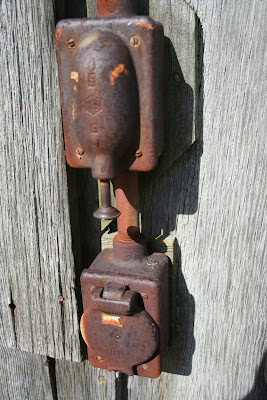 I had taken these pictures a few months ago. .

and had not found a reason to post them. .

I know that God is teaching me how much I need to appreciate the good health. .

and to appreciate. . .the pain the others have. I am thankful.

we ended up going in the truck. .

because I could not crouch down to get into the lowered Trailblazer. .

Imagine seeing him give my bottom a boost. .

while I pulled on the "never ever needed as much as now" hand grips.

So. . after the appointment. .. I had considerable less spasms.

I walked the property. . as if I would give birth in the next hour. 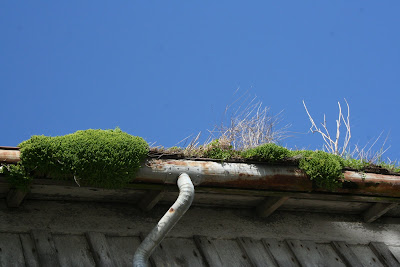 Then. . .the nicest thing happened.

Friends of ours. . who we had dis invited. .

called to say they were bringing Chinese.

mixed up a batch of dough that you can find today on the MGCC.

My beloved and my girlfriends husband. .

offered to put the dough on pans for shortcake.

I told them what to turn the oven to. . .and told them to shape the dough. . however they saw fit.

They "sugared" the berries and whipped some cream. 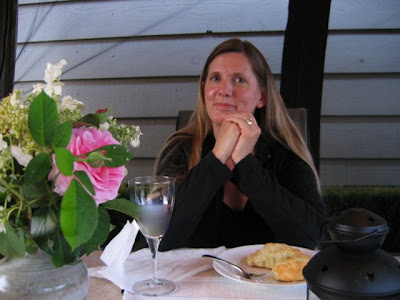 The presentation was awesome. ..

and since I was the girl with issues. .

they offered the shortcakes and the berries and the whipped cream to me first.

They began to plate theirs while I took a taste.

I allowed my tongue to taste one berry. . (even though it is dreadfully rude for the hostess to start eating dessert before the guests have their dessert on their plate).

Fortunately. . my beloved had picked up the large container of Strawberries from the stand down the road. .

Fortunately .. .I had put. . a 1 litre of whipping cream on the grocery list that I had sent with my beloved the night before.

Fortunately. . .I had taken only one half of the massive shortcakes they had offered me.

They went back to the kitchen. . and sliced more berries. . 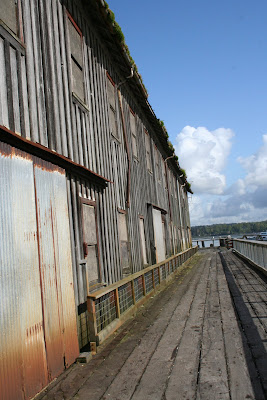 My back did not seem to have proper appreciation for the 7 - 11 sit.

My beloved is gathering the eggs. .

he'll hoist me once again in the truck. .

and take me to the chiro once more.

later in the afternoon ..

I went and saw Dr. Tony .. and had a very thorough spinal adjustment . .

Oh . ..a wee bit of relief is so appreciated.

When I can bend and wash my floors and clean the bathroom. .

I'll be one happy girl.