a bit of dirty laundry for you 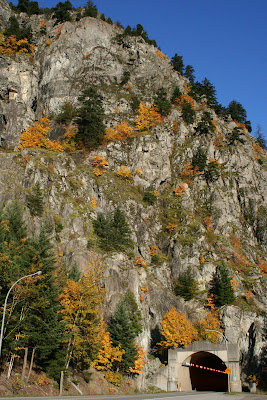 Every now and then, it is suggested that my portrayal of life on the farm here in Beautiful British Columbia is perhaps a little too idyllic. I must admit that I'm not one to air our dirty laundry and it must be a wee bit tempting to wonder what our life is like. . if you could be a peeping tom.

I imagine you all to be at one end of this long tunnel peering at me and mine squinting to get a glimpse of our reality. You've all been warned. . .dirty laundry in this post. 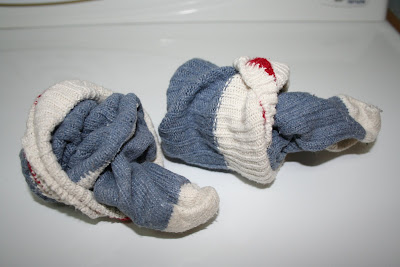 When we moved to the farm back in 1994 my beloved continued his full time work at Safeway while he learned how to be a farmer. I worked in the barns in the morning gathering eggs, and our two boys aged 13 and 15 gathered eggs in the afternoon and on weekends. This resulted in many loads of dirty chore clothes.

My beloved would check the chickens before he went to work and then again after work and often spent his evenings doing repairs and general cleaning. His chore clothes were far dustier and dirtier than mine and the boys and so he decided all on his own, that he would throw his dirty laundry in the washing machine himself so that the clothes wouldn't a) be strewn on the laundry room floor and b) no one else would need to touch them. He would begin the laundry by putting his load into the washer, adding the detergent and starting the cycle and I would then move it to the dryer and do the folding and putting away.

I pointed out to him several times that his socks didn't wash properly because his method of removing them left them bunched. I would usually take them out of the wash, and throw them in with another load for their second proper wash. This is how we have been doing it here in the bungalow ever since. It never really dawned on me that this should or could be addressed again. After all, everyone that knows me already suggests that my work load is less than strenuous and couldn't I at the very least. . . do my husbands laundry without complaining. 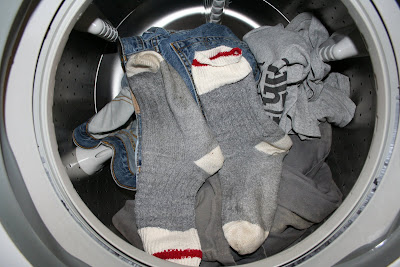 On Friday my daughter by love who shall remain unnamed to protect the innocent in this story. . though I will hint that her name starts with a B and ends with "ah", was doing some chicken laundry of her own. It seems that one little rogue chick was loose on the farmyard and got his feathers in a bit of a muck. Being the good little mother hen that she is. . stripped him down to his skivvies and popped his feathers in the wash. When she went to put the feathers in the dryer, she noted that were was a load of chore clothes that needed folding. Again, being the peach she is. . .proceeded to do this. In the meantime, I was busy in the office "working". Out of the corner of my eye, I saw a flash of my dbl taking the normal 10 paces from one end of the hallway to the other end in 4 leaps or less . . . where my beloved was reclining on the couch.
All I heard was. . . ."are these you socks?".. .
He said. . "yes"
She said. . ."does something look wrong with them?"
He said. . ."why do you ask?"
She said. . "can they wash properly if they are all bunched up like this?"
He said. . ."who wants to know?"
As she moseyed back down the hallway. . . I noted the smile on her face.
On Saturday, after the barns received their weekend treat to be blown free of cobwebs, my beloved in his typical manner, came into the laundry room with his arm loaded full of dusty clothes, put them in the washing machine and called me to come and see.
Is that not just precious? He said he didn't know. . .and I can nearly be certain that there will never be another bunched up sock at the end of the wash cycle again. 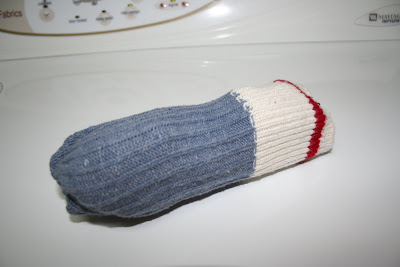 Is there a lesson in today's airing of the dirty laundry?
I'm not sure. I do know though that when that dbl of ours flashes her beautiful smile at us. . .
we purpose to please her.
If that is not the best kind of teacher. . . .I don't know.
Have a wonderful day my friends . . .
family life on the farm